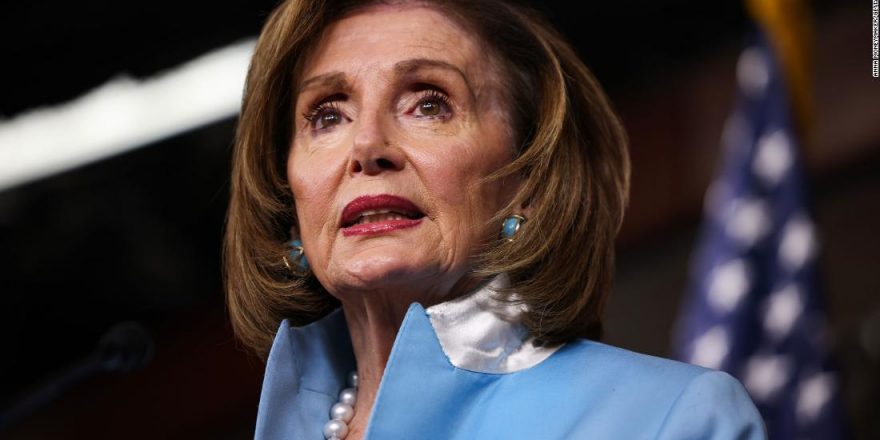 See how China reacts to Pelosi prospective trip to Taiwan

(CNN)US House Speaker Nancy Pelosi is expected to visit Taiwan as part of her tour of Asia, according to a senior Taiwanese government official and a US official, despite warnings from Biden administration officials, who are worried about China’s response to such a high-profile visit.

The stop — the first for a US House speaker in 25 years — is not currently on Pelosi’s public itinerary and comes at a time when US-China relations are already at a low point.
The Taiwanese official added that she is expected to stay in Taiwan overnight. It is unclear when exactly Pelosi will land in Taipei.

The US official added that Defense Department officials are working around the clock on monitoring any Chinese movements in the region and securing a plan to keep her safe.

Pelosi arrived in Singapore on Monday for the first official stop of the Asia tour, where she met with the country’s president, prime minister and other top officials.

On Tuesday, Malaysia’s state media Bernama confirmed that Pelosi and a congressional delegation had arrived in the country and were scheduled to meet with the prime minister and parliament speaker.
The delegation’s itinerary includes stops in South Korea and Japan, but no official mention has been made of a visit to Taiwan.

During a regular foreign ministry briefing Monday, China warned against the “egregious political impact” of Pelosi’s planned visit to the self-governing island that China claims as a part of its territory and reiterated that its military “won’t sit by idly” if Beijing feels its “sovereignty and territorial integrity” is being threatened. 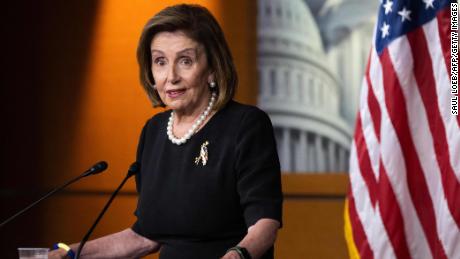 “We would like to tell the US once again that China is standing by, and the Chinese People’s Liberation Army will never sit idly by. China will take resolute responses and strong countermeasures to defend its sovereignty and territorial integrity,” Foreign Ministry spokesman Zhao Lijian told reporters, when asked about the fallout from Pelosi leading a congressional delegation to Taipei.
“As for what measures, if she dares to go, then let’s wait and see,” Zhao added.
Though China’s military did not mention Taiwan, the People’s Liberation Army’s Eastern Theater Command said it would “bury incoming enemies” in a video posted online Monday showing off its weaponry and fighting tactics. “Firmly stand by and ready for the fighting command; Bury all incoming enemies,” a message posted on Weibo said.
Secretary of State Antony Blinken reiterated the administration’s line that it is Pelosi’s decision whether she visits, adding, “we do not know what Speaker Pelosi intends to do.”
“Congress is an independent, coequal branch of government,” Blinken said at the United Nations on Monday afternoon. “The decision is entirely the Speaker’s.”
Blinken said that such a visit has precedent, noting past speakers and members of Congress have visited Taiwan.
“And so if the speaker does decide to visit and China tries to create some kind of crisis or otherwise escalate tensions, that would be entirely on Beijing,” Blinken said. “We are looking for them, in the event she decides to visit, to act responsibly and not to engage in in any escalation going forward.” 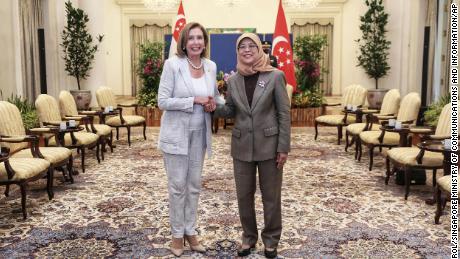 National Security Council coordinator for strategic communications John Kirby earlier on Monday that the Biden administration will support Pelosi on a trip to Taiwan.
“We want to make sure that when she travels overseas, she can do so safely and securely and we’re going to make sure of that. There is no reason for the Chinese rhetoric. There is no reason for any actions to be taken. It is not uncommon for congressional leaders to travel to Taiwan,” Kirby told CNN’s Brianna Keilar on “New Day.”
“We shouldn’t be as a country — we shouldn’t be intimidated by that rhetoric or those potential actions. This is an important trip for the speaker to be on and we’re going to do whatever we can to support her,” Kirby continued.
Asked if the US was prepared for fallout with China over the visit, Kirby said that “there is no change to our policy. No change to our focus on trying to keep a free and safe and open Indo-Pacific.”
The issue of Taiwan remains one of the most contentious. President Joe Biden and his Chinese counterpart Xi Jinping discussed it at length in a two-hour-and-17-minute phone call on Thursday, as tensions mounted between Washington and Beijing. 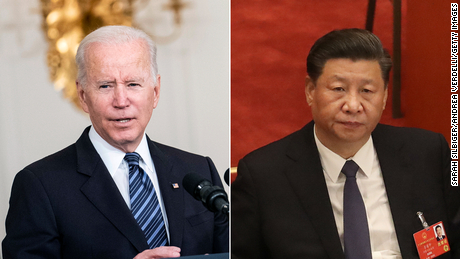 “The question of Taiwan is the most sensitive, important core issue in China-US relations,” said Chinese Ambassador to the US Qin Gang at the Aspen Security Forum in July.
While Biden has said publicly the US military did not believe it was a good time Pelosi to visit Taiwan, he has stopped short of telling her directly not to go, according to two sources.
Administration officials have worked over recent weeks to apprise the House speaker of the risks of visiting the democratic, self-governing island of 24 million residents, including in briefings from Pentagon and other administration officials. But Biden did not believe it was his place to tell her she should not go, and he has avoided commenting publicly about her trip since his initial statement on July 21.
Biden said last month that the US military opposed Pelosi visiting Taiwan, though since then has refused to elaborate on the warnings. The White House has said it is up to the House speaker where she travels.
Still, Defense Secretary Lloyd Austin recently said he’d discussed a visit to Asia with Pelosi.
The administration takes extra care for Pelosi’s security when she travels overseas because she is in the presidential line of succession.
Administration officials are concerned Pelosi’s trip comes at a particularly tense moment, as Xi is expected to seek an unprecedented third term at the upcoming Chinese Communist Party congress. Chinese party officials are expected to begin laying the groundwork for that conference in the coming weeks, putting pressure on the leadership in Beijing to show strength.
Officials also believe the Chinese leadership doesn’t completely grasp the political dynamics in the United States, leading to a misunderstanding over the significance of Pelosi’s potential visit. The officials say China may be confusing Pelosi’s visit with an official administration visit, since she and Biden are both Democrats. Administration officials are concerned that China doesn’t separate Pelosi from Biden much, if at all. 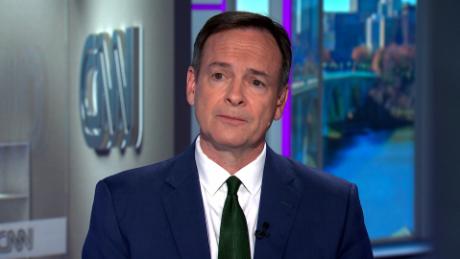 Pelosi has long been a critic of the Chinese Communist Party. She has met with pro-democracy dissidents and the Dalai Lama — the exiled Tibetan spiritual leader who remains a thorn in the side of the Chinese government. In 1991, Pelosi unfurled a black-and-white banner in Beijing’s Tiananmen Square to commemorate victims of the 1989 massacre, which said, “To those who died for democracy.” In recent years, she voiced support for the pro-democracy protests in Hong Kong. 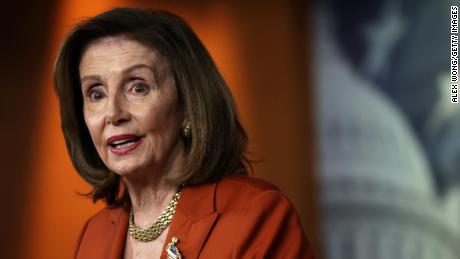 The Chinese embassy to the United States has objected to her expected trip, which was planned for April before Pelosi tested positive for Covid-19, urging members of Congress to tell the speaker not to make it.
“I would say there’s been a full-court press from the Chinese embassy to discourage a trip to Taiwan,” Washington Democratic Rep. Rick Larsen, the co-chair of Congress’ US-China working group, told CNN. “I just don’t think it’s their business to tell us what we ought to be doing. That was my message back.”
Liu Pengyu, spokesperson of the Chinese Embassy in the US, responded that his office is in “regular contact” with members of Congress, including Larsen.
“On the Taiwan question, we have made our stance loud and clear,” Pengyu said. “The Embassy is making all our efforts to prevent the peace and stability across the Taiwan Strait and the stability of China-US relations being damaged by the potential visit of House Speaker Nancy Pelosi to Taiwan.”
“We hope serious consequences could be avoided,” he added. “This is in the common interests of both China and the US.”
Many Democrats and Republicans in Congress said it was Pelosi’s right to travel to Taiwan.
“It is Speaker Pelosi’s decision alone on whether or not to travel to Taiwan, not any other country,” said Illinois Republican Rep. Darin LaHood, Larsen’s Republican counterpart on the US-China working group. “In our democratic system — we operate with separate but equal branches of government.”
“It is inappropriate for foreign governments, including the Chinese government, to attempt to influence the ability or the right to travel for the speaker, members of Congress, or other US government officials to Taiwan or anywhere else around the world,” he added.
Other members appeared to be more cautious about the diplomatically sensitive trip.
California Democratic Rep. Judy Chu, the first Chinese American woman elected to Congress, said she has “always supported Taiwan.”
But when asked whether a Taiwan trip now would send the wrong message, Chu said, “You could look at it two ways. One is that the relationships are very strained right now. But on the other hand, you could say maybe that’s when Taiwan also needs to be shown the strength and the support.”

When asked what she thought, she said, “I leave it up to those who are going to make that decision.”
This story has been updated with additional details Monday.
Source: Read Full Article