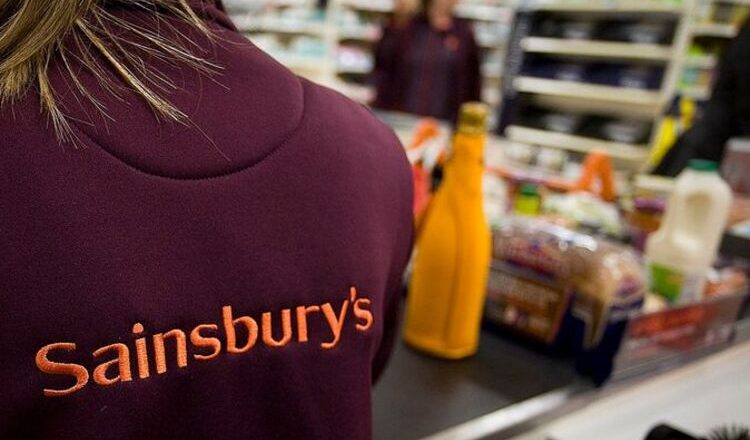 TikTok user says he was sacked by Sainsbury's over video

The supermarket previously announced it would set new pay rates this year based on the real Living Wage, with a higher rate for those in inner London. Since then Sainsbury’s has been under pressure from investors to expand its pay offering to cover workers living in outer London following claims the planned pay rise to £10.50 fell short of the real Living Wage for the region. Simon Roberts, CEO of Sainsbury’s, said: “Our strategy is about investing in what matters most for both customers and colleagues. Weknow times are tough for everyone. That’s why we were one of the first in the industry to pay over the Real Living Wage at £10 per hour and brought forward the announcement of our annual pay review to early January, as we wanted to help colleagues plan and manage the cost of living in the year ahead.” Unlike the National Living Wage, which is a Government enforced minimum, the real Living Wage is a voluntary level calculated by economists based on the cost of living.

Sainsbury’s move comes shortly after Tesco also confirmed a pay increase for its workers, taking salaries for store and Customer Fulfilment Centre workers up from £9.55 an hour to £10.10.

UK Tesco boss Jason Tarry said: “These investments in our colleagues are central to making Tesco what we truly want it to be: a great place to work for all.

“A place that attracts and retains the best talent in the industry.”

Retaining and attracting staff has been a key challenge for businesses with vacancies standing at record highs and employees increasingly being motivated by finding higher pay in response to the rising cost of living.

With increased competition between firms to attract staff pay increases have become a key tool for companies desperate to fill gaps in their workforce.

Recent research by KPMG and the Recruitment and Employment Federation found increases in starting salaries hit a new record in March amid reports of “intense competition for staff”.

Claire Warnes, Head of Education, Skills and Productivity at KPMG UK, said: “There’s no end in sight to the deep-seated workforce challenges facing the UK economy.

“Once again this month, job vacancies are increasing while there are simply not enough candidates in all sectors to fill them.

“With fewer EU workers, the ongoing effects of the pandemic, the economic impacts of the war in Ukraine and cost of living pressures, many employers will continue to struggle to hire the talent and access the skills they need.”

The developments in the labour market will be keenly watched by the Bank of England who have expressed concern over the role of wage costs in driving inflation.

A key concern for the Bank is workers pushing for higher salaries leading to firms raising prices to recoup the extra costs on wages.

Such second round effects could end up causing inflation to remain higher for much longer.