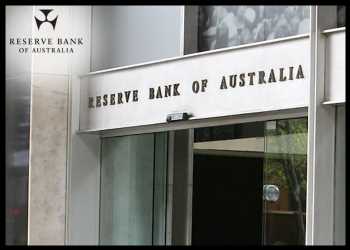 Australia’s central bank hiked its key interest rates by another 50 basis points but made the policy outlook more conditional despite high inflation, as economic growth is projected to slow this year and next.

The policy board of the Reserve Bank of Australia, headed by Governor Philip Lowe, decided to lift the cash rate target by 50 basis points to 1.85 percent, the highest level since April 2016.

The outcome of the meeting came in line with economists’ expectations. The bank has raised the benchmark rate by a cumulative 175 basis points over the last four consecutive meetings.

The bank also increased the interest rate on Exchange Settlement balances by 50 basis points to 1.75 percent.

Lowe said, “The Board places a high priority on the return of inflation to the 2-3 percent range over time, while keeping the economy on an even keel.” The path to achieve this balance is a narrow one.

Today’s increase in interest rates is a further step in the normalization of monetary conditions in Australia, Lowe said.

Nonetheless, the central bank has made the policy outlook more conditional and markets now see a shift in the stance from the current aggressive tightening to a more moderate one as households face higher borrowing costs amid rising cost of living.

The Board expects to take further steps in the process of normalizing monetary conditions over the months ahead, but it is not on a pre-set path, Lowe said.

The bank added that the size and timing of future interest rate increases will be guided by the incoming data and the Board’s assessment of the outlook for inflation and the labor market.

The RBA is more likely to hike rates more aggressively over coming months than most anticipate, Capital Economics economist Marcel Thieliant said. But the bank will start cutting rates again towards the end of next year.

The bank expects inflation to peak later this year and then fall back towards the target. Inflation is projected to be around 7.75 percent this year, a little above 4 percent over 2023 and around 3 percent over 2024.

The economy is set to continue to grow strongly this year, with the pace of growth then slowing. According to the latest central forecast, GDP will grow 3.25 percent over 2022 and 1.75 percent in each of the following two years.

The jobless rate is expected to fall further over the months ahead from the current 3.5 percent, which is already the lowest in almost 50 years. As economic growth is projected to slow, the unemployment rate is seen rising to around 4 percent at the end of 2024.