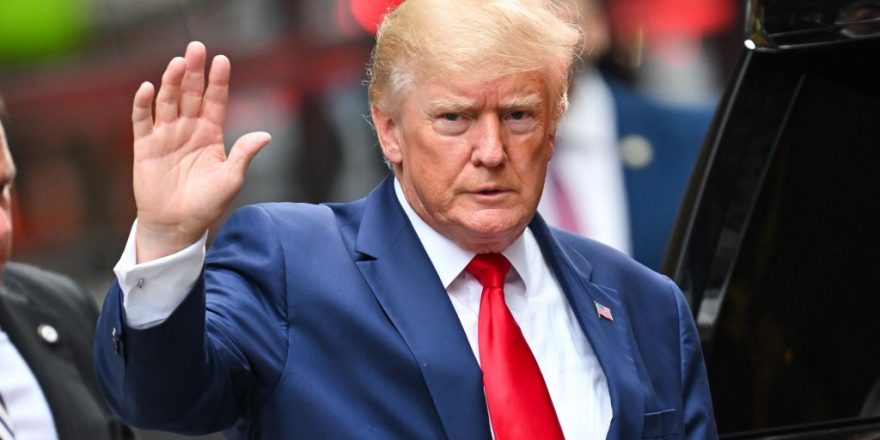 New York Attorney General Letitia James filed a fraud lawsuit against former President Donald Trump, two of his children and his businesses, claiming that he falsely inflated the value of his net worth to secure more favorable loan and insurance terms.

The lawsuit follows an investigation that stretched more than three years into the Trump Organization finances, as his former attorney Michael Cohen alleged that he routinely inflated the value of his assets.

“These acts of fraud and misrepresentation grossly inflated Mr. Trump’s personal net worth as reported in the Statements by billions of dollars and conveyed false and misleading impressions to financial counterparties about how the Statements were prepared,” the suit stated. “Mr. Trump and the Trump Organization used these false and misleading Statements repeatedly and persistently to induce banks to lend money to the Trump Organization on more favorable terms than would otherwise have been available to the company, to satisfy continuing loan covenants, and to induce insurers to provide insurance coverage for higher limits and at lower premiums.”

The lawsuit — read it here — was filed shortly before James announced the civil fraud allegations at a press conference, carried on CNN, MSNBC and Fox News.

At the press conference, she described a scheme over 10 years that

James said that she is seeking to bar Trump, Ivanka Trump and Eric Trump from operating a business in the state, among other actions.

She said that the Trump Organization statements of financial condition filed from 2011 to 2021 was personally certified as accurate by Trump or one of his trustees.

James said that among the loans that Trump obtained using the inflated values was one from Deutsche Bank for the development of the Trump hotel at the Old Post Office building in Washington, D.C. A recent sale of the lease netted Trump’s business a $100 million profit, James said.

She said that all told, her office’s investigation showed more than 200 instances of false and misleading valuations on his statements.