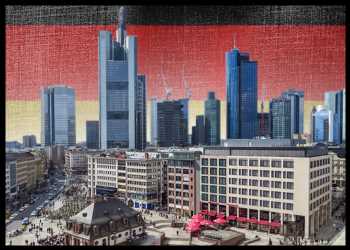 More businesses in Germany were concerned about their survival amid the prospect of a recession, and the group continued to be led by retailers, who this time were worried about the Christmas holiday season, survey data from the ifo institute showed Friday.

In November, 7.9 percent of German companies felt their economic survival was threatened, up from 7.5 percent in October, the ifo said.

Earlier this week, the Mannheim-based think tank had forecast a shallow recession for Germany in the first half of next year, but said the biggest euro area economy would recover by the spring and rebound strongly with incomes rising faster than prices.

Helped by government’s electricity and gas price brakes, inflation is expected to fall in the coming months.

The European Central Bank on Thursday hiked interest rates again, but at a slower pace. Policymakers expect that rates need to rise significantly at a steady pace in the coming year as Eurozone inflation is forecast to stay uncomfortably high for a long time.

Economists expect the bank to continue raising rates by 50 basis points in the first quarter of next year, and perhaps, a final hike of similar size in the second quarter.

“Against the backdrop of the economic slowdown, companies are showing great resilience,” Head of Surveys at ifo Klaus Wohlrabe said.

The ifo survey found that 11.8 percent of retail businesses were concerned about their survival, up from 11.6 percent in October.

“Many retail businesses are looking ahead to the upcoming Christmas season with concern,” Wohlrabe said.

The proportion of service providers with survival worries climbed from 7.7 percent to 8.9 percent with the self-employed and hotels being the most affected. Legal and tax consultants had no concerns for their survival, ifo said.

Self-employed in Germany remained pessimistic in November as they had major concerns about their survival amid the risk of a recession, results of the Jimdo-ifo survey showed last week.

The share of manufacturing companies worried about their survival shrank to 6.8 percent from 7.0 percent, though energy-intensive businesses remained concerned amid high prices.

In the chemical industry, the share more than doubled from 5.9 percent to 12.4 percent, the ifo said. Among the rubber and plastic goods companies, 9.8 percent reported threats to their survival.

Results of the latest S&P Global purchasing managers’ survey showed on Friday that Germany’s private sector activity continued to remain in contraction in December, though the rate of decline eased as price pressures retreated from recent highs. Manufacturing and services both reported slower downturns in December.