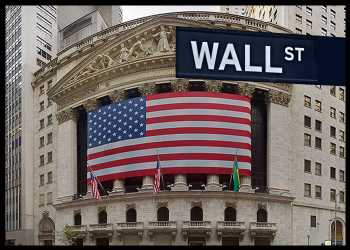 After moving in starkly opposite directions over the course of the morning, the major U.S. stock indexes continue to turn in a mixed performance in afternoon trading on Thursday.

The rally by the Dow partly reflects a strong upward move by shares of Caterpillar (CAT), with the construction equipment maker surging by 8.7 percent.

Caterpillar (CAT) is spiking after reporting third quarter results that beat analyst estimates on both the top and bottom lines.

The blue chip index has also benefited from a positive reaction to a report from the Commerce Department showing U.S. economic activity rebounded by slightly more than expected in the third quarter following two straight quarters of contraction.

The report said real gross domestic product shot up by 2.6 percent in the third quarter following a 0.6 percent drop in the second quarter and a 1.6 percent slump in the first quarter. Economists had expected GDP to jump by 2.4 percent.

The data has offset recent concerns about an impending recession but could also derail recent optimism about the Federal Reserve slowing the pace of interest rate hikes.

Meanwhile, a steep drop by Meta Platforms (META) is weighing on the tech-heavy Nasdaq, with the Facebook parent plunging by 22.4 percent.

The sharp decline by shares of Meta comes after the company reported weaker than expected third quarter earnings and provided disappointing guidance.

Significant strength also remains visible among brokerage stocks, as reflected by the 2.0 percent jump by the NYSE Arca Broker/Dealer Index. The index has also reached its best intraday level in well over a month.

Oil stocks also continue to turn in a strong performance amid a notable increase by the price of crude oil, driving the NYSEA Arca Oil Index up by 1.8 percent.

Telecom, utilities and housing stocks are also seeing considerable strength on the day, while biotechnology stocks have shown a notable move to the downside.

In overseas trading, stock markets across the Asia-Pacific region turned in a mixed performance during trading on Thursday. Japan’s Nikkei 225 Index dipped by 0.3 percent, while Hong Kong’s Hang Seng Index advanced by 0.7 percent.

The major European markets also finished the day mixed. While the French CAC 40 Index fell by 0.5 percent, the German DAX Index inched up by 0.1 percent and the U.K.’s FTSE 100 Index rose by 0.3 percent.

In the bond market, treasuries have moved to the upside, extending the recovery seen over the past few sessions. Subsequently, the yield on the benchmark ten-year note, which moves opposite of its price, is down by 7.4 basis points at 3.941 percent.