Home » Business » Legal battle: The £600k question… is Build-A-Bear a stuffed toy or a doll? 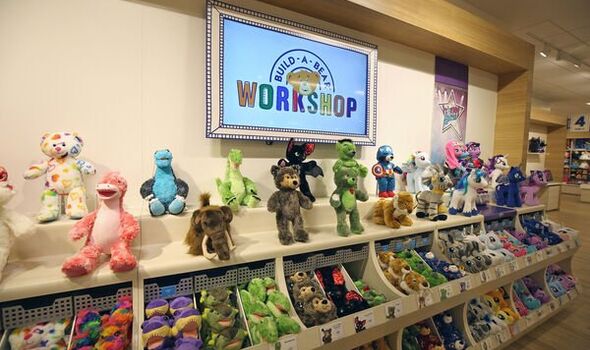 Build-A-Bear (BAB) had fought HMRC over customs demands dating back to 2012 for clothes, wigs and shoes chosen by children in its high street stores to kit out their furry friends.

Despite BAB’s protests that they were doll’s accessories, revenue chiefs insisted they should be classed as stuffed toy extras.

But the Court of Appeal yesterday backed the taxman and upheld a previous finding that the toy shoes were taxable because they were made for a bear’s foot, not that of a “humanoid” doll.

The court heard that children buying a BAB doll or animal help staff stuff the skin “before it is stitched into the finished BAB stuffed toy”.

In 2019 a tax judge Harriet Morgan ruled against Build-A-Bear Workshop UK Holdings at the First-Tier Tribunal.

She said: “Whilst the clothing items can plainly be used on any toy or doll of an appropriate size, the fact is that they are, according to their objective design characteristics, suitable principally for use with stuffed toys.”

The battle moved to the Upper Tribunal last year, which again ruled in favour of HMRC.

In a final bid to overturn the tax bill, BAB challenged the legality of the decisions at the Court of Appeal in London.

It heard BAB’s business was traditionally focused on furry animals, particularly bears, but in 2009 it introduced a “Sweetheart” range of stuffed dolls in human form, branded as Honey and Daisy. From 2015, it also sold, under licence, a range of four “Lalaoopsy” dolls.

Lady Justice Whipple said the accessories in dispute were sold and used with both stuffed bears and the dolls.

But she added many of the BAB clothes included special features to “accommodate the particular non-human features of the BAB bears”, such as slits in trousers and shorts for a tail.

BAB lawyer, Laurent Sykes QC, said the previous ruling over the boots was “illogical, because bears do not wear shoes”.

But Lady Justice Whipple, who was sitting with two other judges, dismissed the appeal and said there was “no illogicality” in finding that footwear was “suitable principally for use with BAB bears”.

The company, which started in the USA 25 years ago, has a thriving presence on the UK high streets and raked in more than £97million in worldwide revenue last year.