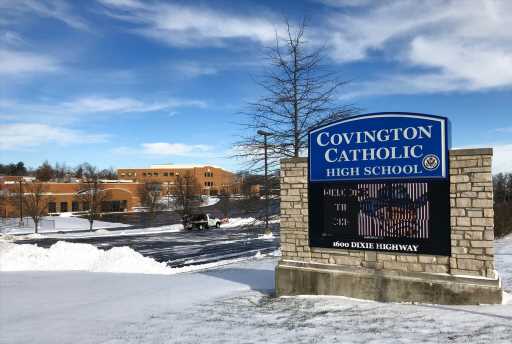 A federal judge has granted summary judgment to ABC, CBS, The New York Times, Gannett and Rolling Stone, rejecting libel claims by former high school student Nick Sandmann over an incident at the Lincoln Memorial that went viral in 2019.

In a video, Sandmann, in Washington with other Covington Catholic High School students for the March for Life rally, was shown face to face with a Native American activist, Nathan Phillips, who was at the Lincoln Memorial for the Indigenous People’s March. Social media users quickly pounced on the clips, with many concluding that it showed Sandmann trying to intimidate Phillips.

Sandmann sued a number of outlets for defamation, including reporting, citing Phillips’ account, that the student was blocking him.

U.S. District Judge William Bertelsman wrote that the media outlets, in reporting on the incident, “were covering a matter of great public interest, and they reported Phillips’s first-person view of what he experienced. This would put the reader on notice that Phillips was simply giving his perspective on the incident.”

Bertelsman wrote that “the Court concludes that Phillips’s statements that Sandmann ‘blocked’ him and ‘wouldn’t allow [him] to retreat’ are objectively unverifiable and thus unactionable opinions.”

“Instead, a reasonable reader would understand that Phillips was simply conveying his view of the situation,” the judge wrote. “And because the reader knew from the articles that this encounter occurred at the foot of the Lincoln Memorial, he or she would know that the confrontation occurred in an expansive area such that it would be difficult to know what might constitute ‘blocking’ another person in that setting.”

After the incident sparked a furor on social media, a longer version of the video contradicted the notion that the Covington students instigated the incident or even that they were taunting Phillips. Instead, it showed another group known as the Hebrew Israelites using vulgar language against the high school students.

Sandmann’s attorney, Todd McMurtry, said in a statement, “We are disappointed with the decision. We intend to appeal.”

A spokesperson for The New York Times said, “We welcome the decision yesterday by the federal district court in Kentucky, granting judgment in favor of The Times along with several other news organizations. The decision in the case reaffirms that The Times provided a fair account of the controversy surrounding the events that took place that day on the National Mall.”

Sandmann settled lawsuits against three other outlets: NBC News, The Washington Post and CNN. Rolling Stone is owned by PMC, the parent company of Deadline.