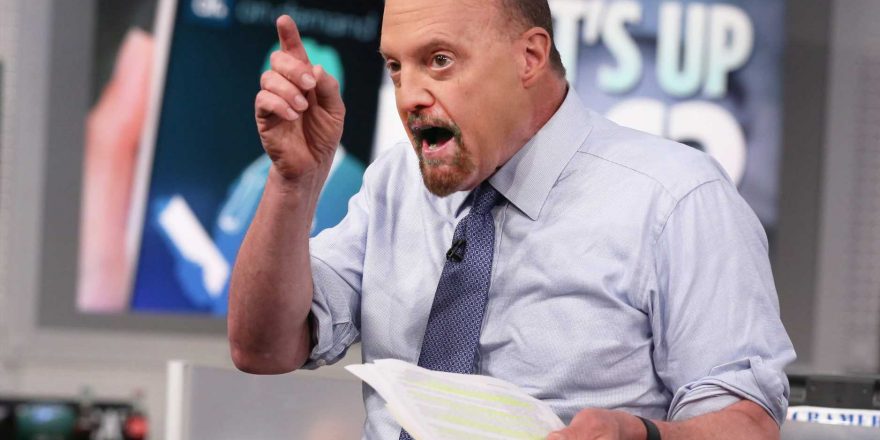 "After weeks of carnage, where every rally turned out to be a trap, people just don't know what to do, and when they're confused, of course they sell," the "Mad Money" host said, attempting to explain why stocks opened Wednesday's session lower before they ultimately reversed. All three Major U.S. equity indexes ended up closing in positive territory.

"At this point, though, you need to think about why you own stocks in the first place. Maybe you sold at [the market open]. I hope not. If the thesis is still intact and nothing's changed for the worse, then it's time to have some conviction," Cramer said. "I think when the market is down like it was this morning, you do some buying."

Stocks changed direction Wednesday after it was reported that Senate Minority Leader Mitch McConnell told fellow Republicans in a closed meeting he planned to offer a short-term debt ceiling extension.

Cramer said he believes sentiment also was helped by comments from Energy Secretary Jennifer Granholm, who, according to the Financial Times, indicated the Biden administration is considering whether to lean on the country's strategic petroleum reserve to help tame gas prices.

"No wonder the averages came roaring back," Cramer said, explaining that he thinks "man-made problems" in Washington have been a considerable overhang on markets recently. "While man-made problems are very stupid and frustrating, they are also easy to solve," he said.

"Here's how I see this moment: We're at the cusp of coming to an end of the most seasonally difficult part of the year, Covid is on the mend, and the regions that were hardest hit by the delta variant now have the best business growth in the country," Cramer added. "Those are reasons to buy, not sell even as we know that, historically, the next 10 days will be a lot more like this morning than this afternoon."