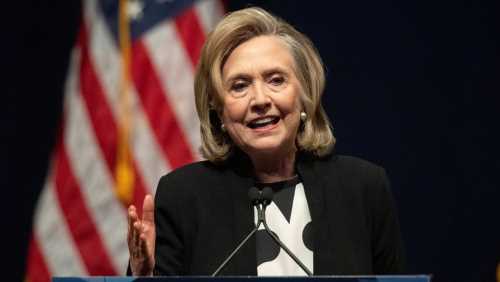 Hillary Clinton is adamant she’s not running for president again. But that’s not stopping her from worrying about her fellow Democrats and their choice of hills to die on.

In an extensive interview with the Financial Times, the former presidential candidate said Democrats should be careful on their platforms.

“We are standing on the precipice of losing our democracy, and everything that everybody else cares about then goes out the window,” Clinton responded. “Look, the most important thing is to win the next election. The alternative is so frightening that whatever does not help you win should not be a priority.”

Defunding the police is one such issue.

“You need accountable measures. But you also need policing. It doesn’t even pass the common-sense politics test not to believe that. Some positions are so extreme on both the right and the left that they retreat to their corners . . . Politics should be the art of addition not subtraction.”

Space Ranger’s Opening Gets Gobbled Away By ‘Jurassic World Dominion’

Netflix Suspends ‘The Chosen One’ Production After Two Die, Six Injured In Crash

The Film That Lit My Fuse: ‘The Survivor’ Director Barry Levinson