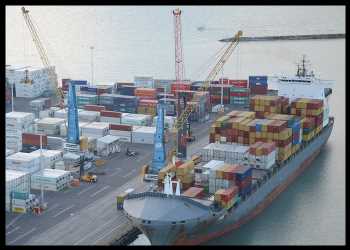 The United States and Norway jointly launched the Green Shipping Challenge during the World Leaders Summit of Climate Change in Egypt.

Countries, ports, and companies made more than 40 major announcements on issues such as innovations for ships, expansion in low- or zero-emission fuels, and policies to help promote the uptake of next-generation vessels.

The United States and South Korea announced technical cooperation to help facilitate establishment of a green shipping corridor. The U.S. Department of State, Department of Energy, South Korean Foreign Ministry, Ministry of Oceans and Fisheries, and Ministry of Trade, Industry and Energy will undertake a feasibility study to explore the potential of creating a green shipping corridor between major cargo ports in the two countries. This work will be performed through the Zero-Emission Shipping Mission, in close consultation with the U.S. Northwest Seaport Alliance and the Port of Busan.

Separately, the United States and Canada announced the Great Lakes/Saint Lawrence Seaway System Green Shipping Corridor Network Initiative. The U.S. Department of Transportation, Department of State, and Transport Canada will work with state, provincial, local, private-sector, non-governmental leaders, and Indigenous Peoples in both the cuontries to host consultations with ports and other stakeholders, with the goal of facilitating the establishment of a Great Lakes Green Shipping Corridor Network.

In early 2023, the U.S. Department of Energy, the Department of Transportation, the Environmental Protection Agency, and the Department of Housing and Urban Development will release a transportation sector decarbonization blueprint, which will serve as a roadmap for expanding federal agency priorities to create options for traveling smarter, more efficiently, and cleaner.

The United States and its partners in the Zero-Emission Shipping Mission are announcing the launch of a Green Shipping Corridor Hub, an online platform with resources and tools that aim to streamline the formation and deployment of green shipping corridors globally.

The U.S. Department of State is launching the Green Shipping Corridors Initiation Project with $1.5 million, subject to Congressional notification and the completion of domestic procedures, to support feasibility studies for green shipping corridors involving developing countries

Greenhouse gas emissions from the shipping sector would rank among the top ten largest emitters globally.