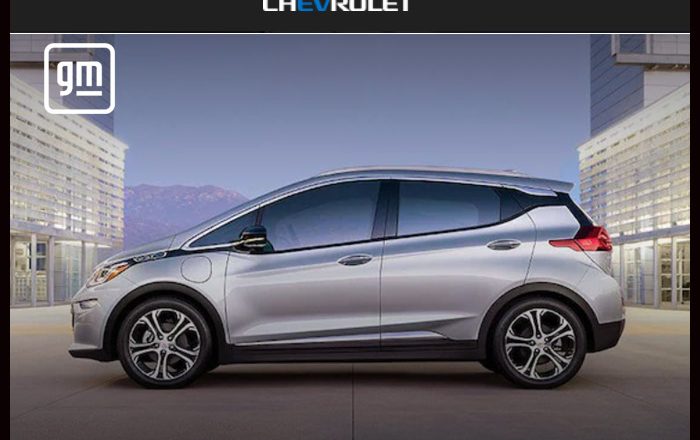 GM Recalls About 140,000 Chevrolet Bolt EVs Due To Fire Risk

General Motors Co. (GM) is recalling nearly 140,000 Chevrolet Bolt electric vehicles in North America due to the potential risk that the battery could catch fire in certain vehicles. These include about 120,000 vehicles in the U.S. and about 20,000 vehicles in Canada.

GM said it will replace the defective lithium-ion battery modules in Chevrolet Bolt EVs and EUVs with new lithium-ion modules. Customers will be notified when replacement parts are ready and they can then schedule an appointment with their preferred Chevrolet EV dealership for the replacement.

Meanwhile, Chevrolet has informed all Bolt EV and Bolt EUV owners in the recall population of a software update that will allow owners to remove the parking and overnight charging limitations on their vehicles. The software update can be done by scheduling an appointment with a preferred Chevrolet dealer.

Until the software is updated, GM has urged affected Bolt EV owners to set their vehicles to a 90% state of charge limitation using Hilltop Reserve mode for 2017-2018 model years or Target Charge Level for 2019-2022 model years.

GM also stated that to avoid depleting their battery below approximately 70 miles of remaining range and advised to park their vehicles outside immediately after charging and should not leave their vehicles charging indoors overnight.

In July 2021, General Motors had recalled nearly 70,000 Chevrolet Bolt EVs for the second time because of a similar risk that the battery could catch fire.

After the third recall in August 2021, GM reportedly sought nearly $1 billion in damages from LG Chem, the auto giant’s battery cell partner, to cover losses from the recall of its Chevrolet Bolt EVs.

In October 2021, LG Chem again supplied battery modules for more than 140,000 Bolt Evs. These are reportedly the batteries that are involved in the latest recall for a similar number of vehicles.