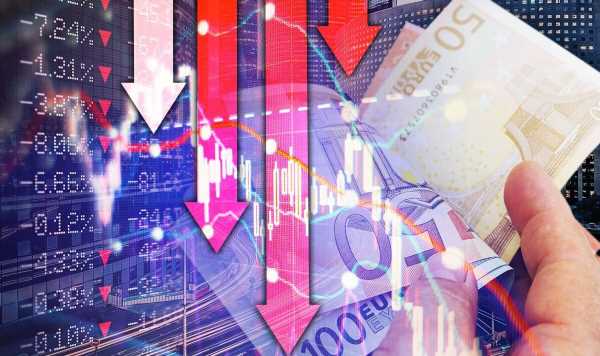 The ECB is expected to deliver a second big interest rate hike this afternoon as it works to tame record-high inflation just as a halt to Russian energy supply fans further price pressures and recession fears in the bloc. The major European bank is widely expected to raise rates by 75 basis points (bps), taking its deposit rate above zero for the first time since 2012, but the option of a smaller 50 basis point hike hasn’t been ruled out.

The move is in an effort to curb record-high inflation in the eurozone as the economy reels from the impact of Russia’s war in Ukraine.

But Europe’s energy crisis continues to keep the euro under pressure given a battered European economy and Russia’s controversial decision to keep the key Nord Stream 1 gas pipeline shut indefinitely.

Nigel Farage tweeted ahead of the decision: “The Euro is now in real trouble.” 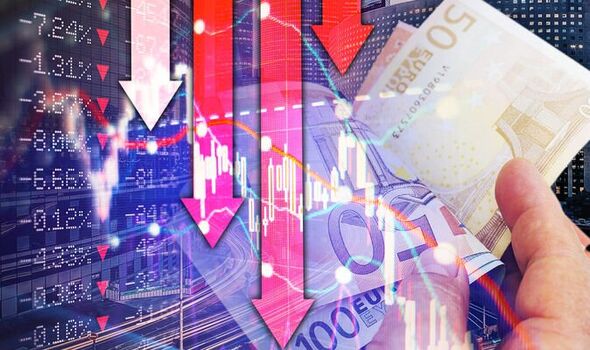 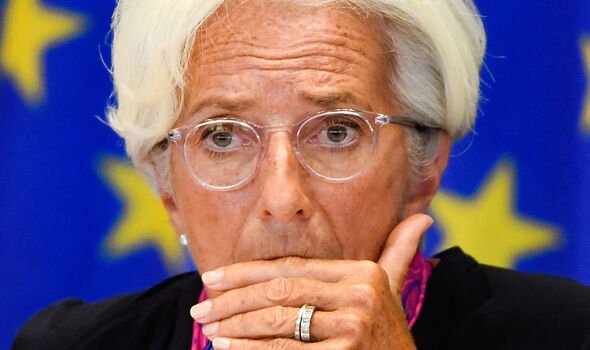 Edward Moya, a senior markets analyst at OANDA, said in a note: “Dollar domination may have one last major rally in it before the market can start placing some long-term bets with some of the European currencies.

“The upcoming ECB rate decision will be a make-or-break moment in FX that will either trigger a bounce towards parity or provide a clear passage towards 0.9750.”

Chris Turner, head of markets at ING, said: “We expect the ECB to only do 50 basis points today, instead of the consensus view of 75. 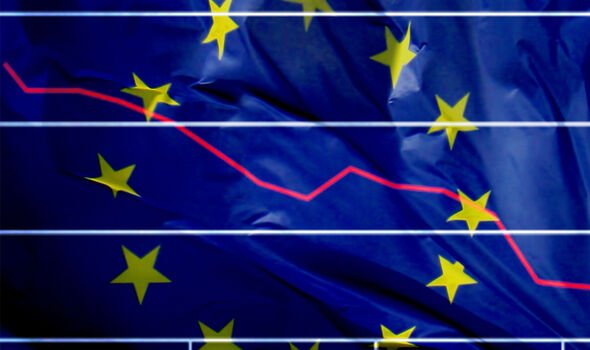 “If that’s the case, we think euro-dollar probably corrects back down to about $0.99.”

Erik Nelson, macro strategist, at Wells Fargo in New York City, added: “Europe and the UK look like they are headed for a challenging couple of months, with recession very likely for both economies.

“The US, on the other hand, looks resilient.” 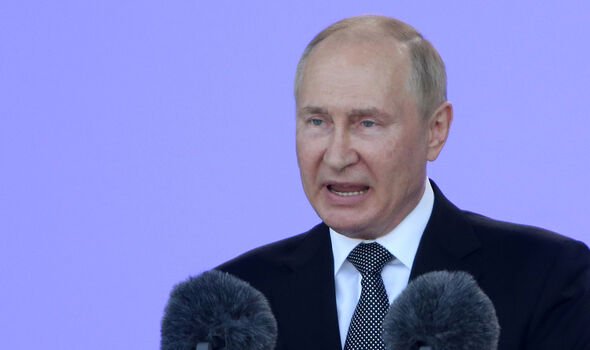 European stocks edged higher today head of what could be the European Central Bank’s biggest-ever interest rate hike, with shares of miners and banks leading the gains.

The pan-European STOXX 600 index rose 0.5 percent by 7.19am GMT. Cyclical sectors including miners, banks and insurers gained between 1.0 percent and 1.1 percent.

The basic resources sector attempted to recover from declines of more than 2 percent on disappointing China trade data in the previous session amid worries of metals demand.

European markets started the month on a lacklustre note after a stoppage of gas flow through a major pipeline from Russia sparked worries about energy rationing this winter and a recession in the bloc.

The EU has proposed a price cap on Russian gas on Wednesday after President Vladimir Putin threatened to cut off all energy supplies if it took such a step, and is also planning a ceiling on the price paid for electricity from generators that do not run on gas.

Putin on Wednesday threatened to halt all energy shipments to Europe in a combative speech declaring Russia would not lose the war in Ukraine.

He threatened to halt all supplies of energy to Europe if Brussels went ahead with its proposed price cap on Russian gas, the latest Western step to deprive the Kremlin of funds to finance the war.