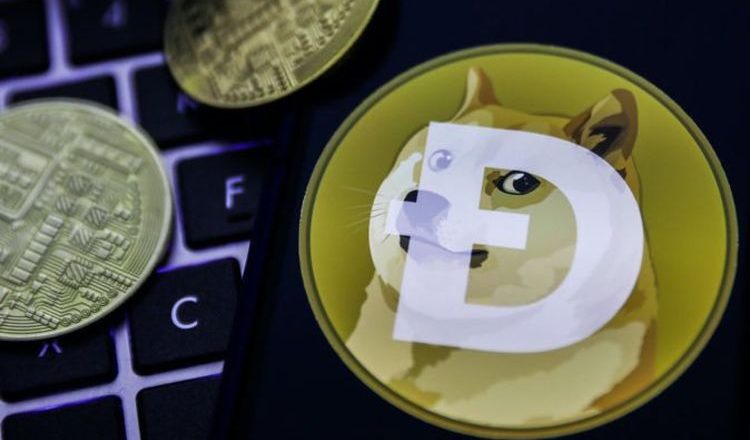 Dogecoin ‘is pure speculation and will end badly’ says Yusko

DOGE has outcompeted the most established coins on the market but had trouble matching the dollar this year. The token’s reliance on its meme mascot means it is more volatile than Bitcoin (BTC) and Ethereum (ETH), and its value often shifts on a whim. That fact has created dramatic crests and troughs in its value this year, but it has recently settled, in part because some investors seem to have lost interest.

Milder declines like this aren’t entirely unusual, as the coin is climbing down from a recent rally that saw it reach $0.29 (£0.21) on October 29.

But on that day, trading platform Robinhood revealed interest on its platform had markedly dropped off.

On Friday, the brokerage revealed its transaction-based revenues attributable to the Shiba Inu-themed currency had dropped to a recent low.

The coin once represented a significant chunk of Robinhood revenue – up to nearly one third in May – and is now down to just eight percent.

And while still impressive, it marks an undeniable drop-off in interest for the coin that defined a movement in early 2021.

Data shows that news may have knocked DOGE’s confidence as it continues to struggle.

Around spring and summer, DOGE managed to peak at $0.68 (£0.50), the closest it has ever got to the dollar in its eight-year lifespan.

Investors aren’t as bullish as they once were that it could reach that high again and then break through to the dollar, but it could brush $0.50 (£0.37).

Analysts have suggested it could soon reach the $0.45 (£0.33) mark as the current value downtrend suggests an opportunity for buying.

Dhwani Mehta, an analyst with FXStreet, wrote the decline could present a “good dip-buying opportunity” for DOGE fans.

If people latch on to this, they could get the coin to claw back at its previous price.

While DOGE backers wait for their coin to regain composure, several of its relatives have overtaken it.

The value, a total increase of 85.5 million percent since early 2021, recently made it the ninth most popular cryptocurrency on the CoinMarketCap exchange.

SHIB is one place above DOGE, which sits in tenth.