Home » Business » Does a slowing housing market mean homes will get any cheaper?

(CNN)Despite rising mortgage rates that dampened sales, home prices continued to climb higher in the second quarter, with many more cities seeing double-digit price gains than in the first part of the year.

The median single-family existing home price in the second quarter was $413,500 — the first time this quarterly price has ever risen above $400,000, according to the latest quarterly report from the National Association of Realtors.
Home prices for the quarter were up 14.2% from a year ago, slightly slower than the 15.4% year-over-year price increase experienced in the first quarter.

Together with rising mortgage rates, which surpassed 5% during the second quarter, the continued increase in home prices has meant that it has become much harder to afford a home. 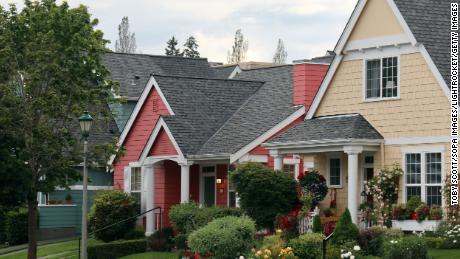 The monthly mortgage payment on a typical existing single-family home with a 20% down payment skyrocketed by 32% quarter-over-quarter and by nearly 50% from one year ago, according to NAR’s report.

The monthly mortgage payment on a typical existing single-family home with a 20% down payment jumped to $1,841 last quarter, according to the report. That’s an increase of $444 a month from the first quarter and $612 a month from a year ago.
Families typically spent 24.3% of their income on mortgage payments, up from 18.7% the prior quarter and 16.9% one year ago. Generally, housing is considered “affordable” when a homeowner pays no more than 25% to 30% of their gross income for housing costs.
First-time buyers typically spent 36.8% of their family income on mortgage payments during the second quarter, up from 28.7% in the previous quarter.
On a typical $351,500 starter home with a 10% down payment loan, the monthly mortgage payment rose to $1,810 — up $433 from the first quarter and up $597 from one year ago, according to the report.

Cities with the biggest price hikes

A family needed to earn at least $100,000 to afford a 10% down payment mortgage in 53 US markets, the report said. That’s nearly double the 27 markets that fell into this category in the prior quarter.
There were 23 markets where a family needed to earn less than $50,000 to afford a home — places like Youngstown, Ohio; Syracuse, New York or Florence, South Carolina. That was down significantly from 63 markets in the previous quarter. 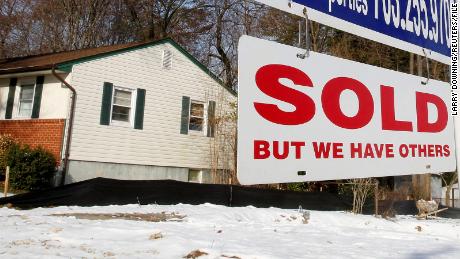 “The local job market performance and supply availability are the clear distinguishing factors driving local home price growth,” Yun said. “Job growth is positive and should be applauded, but supply restraints are creating unnecessary barriers to ownership opportunities.”
The South accounted for 44% of single-family existing-home sales in the second quarter and posted the largest price appreciation of 18.2%. Prices were up 12.7% in the West, 10.1% in the Northeast, and 9.7% in the Midwest during the quarter.
The metro area that includes Fayetteville, Springdale and Rogers, Arkansas saw the biggest price increase in the second quarter with home prices up 31.9% from a year ago. Seven of the top 10 cities with the biggest annual price gains were in Florida, and all of them saw price increases of 25% or more from a year ago, including the Lakeland and Winter Haven area, up 31.4%; Naples, up 28.9%; Sarasota, up 28.8%; Tampa and St. Petersburg, up 28.0%; Cape Coral and Fort Myers, up 27.8%; Punta Gorda, up 27.4%; and Ocala, up 26.7%. Outside of Florida, other cities in the top 10 included Ogden, Utah, up 25.5% and the Myrtle Beach area of South Carolina, up 28.5%.
Five of the 10 most expensive markets in the country were in California, including San Jose where the median price is $1.9 million, San Francisco with $1.55 million, Anaheim at $1.3 million, San Diego at $965,900 and Los Angeles at $825,700.
Other high-priced cities include Honolulu, with a median price of $1.145 million; Boulder, Colorado at $933,400; Naples, Florida at $850,000; Seattle at $818,900; and Boston at $722,200.

While national home prices are not expected to fall, softening sales are leading to price cuts and a slower rate of price appreciation in many markets, which could provide prospective buyers a small measure of relief, said Yun.
“The recent dips in mortgage rates will bring additional buyers to market,” he said. “Especially in those places where home prices are still relatively affordable and where jobs are being added.”
Source: Read Full Article