Home » Business » Despite Financial Woes, Snap Inc. Will Stay Independent And Not Seek To Be Acquired, CEO Evan Spiegel Vows 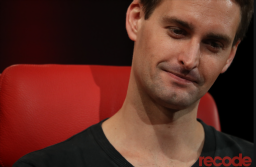 Despite Financial Woes, Snap Inc. Will Stay Independent And Not Seek To Be Acquired, CEO Evan Spiegel Vows

Barely a week after announcing massive layoffs and initiating a significant restructuring of the company, Snap Inc. CEO Evan Spiegel said the social media firm is committed to staying independent and resisting any takeover offers.

“When I look at the long-term opportunity in our business, I really believe it’s enormous. I believe we’re far from reaching our full potential,” the co-founder of Snapchat’s parent company said during a 30-minute appearance at the Code Conference in LA. “Over time, the stock price has gone up and down, but we’ve tried to stay focused on delivering real value for shareholders. Since our IPO [in 2017], I think we’ve grown revenue 10x. … We’ve doubled the size of the community. We believe those things are really important.”

Snap announced the elimination of 20% of its workforce last week, along with a range of drastic cost-cutting measures. After a poor quarterly financial report, the company’s shares plunged over the summer, extending a slump in 2022 that has slashed two-thirds of its valuation. Building back the company’s market cap from the current level of $19 billion will be a daunting process, Spiegel conceded. “Looking forward at the macroeconomy, we don’t see a lot of things that make us optimistic,” he said.

Kara Swisher, the co-founder of Recode who is wrapping up a 20-year run presiding over the conference, was joined onstage by author and NYU professor Scott Galloway in quizzing Spiegel.

While the recovery process “is going to be difficult” because Snap is “smaller than these other very, very large companies,” Spiegel insisted that an easier exit via a takeover is not in the plans. “These other very large companies started as small companies too,” the CEO pointed out. “They were asked many of the same questions about competition, they were asked many of the same questions about revenue growth. They faced a lot of volatility and many challenges. That’s the difficulty of building an independent business. But I think so far, [Snap co-founder Bobby Murphy] and I believe that the best way to realize our long-term potential is by building an independent company.”

Having jettisoned businesses like original content and a flying drone, the company plans to put a greater focus on improving its AI-driven, direct-response advertising products, among other back-to-basics initiatives. It is not going all-in on the metaverse. “We believe most people will spend time in the real world,” Spiegel said. “How are we going to make that better?”

The current third quarter is pacing toward 8% revenue growth, Spiegel said, compared with a 44% growth rate entering 2022. Russia’s invasion of Ukraine, spiraling inflation and surging energy prices, among other factors, have buffeted Snap, Spiegel said, but its base of 350 million daily active users is a key building block.

Asked about the incursion of TikTok, whose growth has destabilized the entire social media sector, Spiegel said it has posed unique challenges due to its corporate structure. Being owned by a privately held, China-based company (ByteDance) has enabled TikTok to funnel enormous resources into increasing its footprint. “It wasn’t about innovation, it was about subsidizing large-scale user acquisition around the world,” Spiegel said.