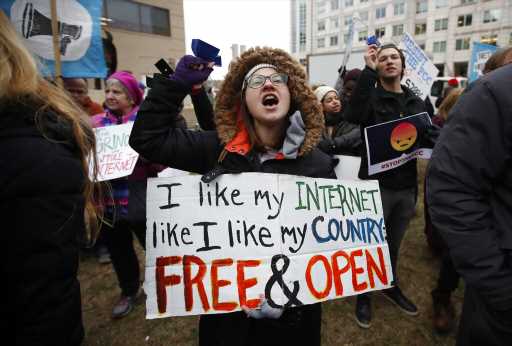 Democrats revived efforts to reinstate robust net neutrality rules, with new legislation that would affirm the FCC’s authority to require that companies like Verizon, AT&T and Comcast treat all internet traffic equally.

The legislation would classify internet service as an essential service, giving the FCC a statutory legal footing to prohibit internet service providers from blocking or throttling traffic, as well as other measures.

Net neutrality has a long and winding history, with efforts to establish rules of the road for internet traffic stretching back almost 20 years. As legislative efforts have failed, the FCC has three times tried to regulate how ISPs handle internet traffic. The most recent was in 2015, when the Obama-era FCC reclassified internet service like a common carrier, but the Trump-era FCC largely reversed those rules in 2017. In both years, public interest in the FCC’s actions were fueled by commentary from John Oliver on his HBO series Last Week Tonight.

The FCC under Joe Biden has been deadlocked 2-2, as his nominee for the fifth position on the commission, Gigi Sohn, has yet to make it to the Senate floor. Her nomination has been delayed amid Republican opposition and uncertainty as to whether Democrats will have the votes to confirm her.

The latest bill is being spearheaded by Sen. Ed Markey (D-MA) and Sen. Ron Wyden (D-OR) in the Senate, and Rep. Doris Matsui (D-CA) in the House. Although most Republicans have opposed previous legislative attempts and FCC regulation, there is a bit of commonality in concept. A number of GOP lawmakers in recent years have called on internet companies, like Google and Facebook, to treat all of the third-party content posted on their sites equally.

Major internet providers, as expected, oppose the latest legislation. Michael Powell, the president and CEO of NCTA — The Internet and Television Association, said in a statement that the “breathless assertions over the years that the internet is gravely threatened because ISPs would block or throttle traffic and erect toll booths to charge internet companies to reach consumers have proven hollow and unrealized.”

Public Knowledge’s Greg Guice said in a statement, that the legislation “will reinstate the FCC, the expert agency, with the authority to promote policies to help consumers access broadband – repeatedly recognized by Congress as an essential service – as well as promote competition and public safety while strengthening the resiliency of these networks during disasters.”