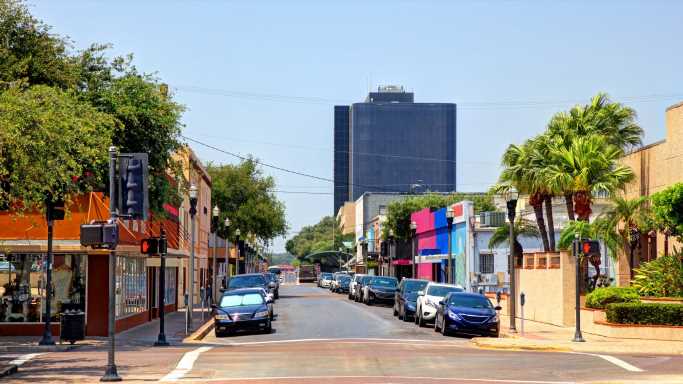 Counties With the Youngest Populations

The U.S. population is older now than it has been since record keeping began. The median age in the United States is 38.2 years, up from 36.9 years a decade ago, and from less than 30 in the 1970s.

This trend is the result of several factors – both long and short term. For one, Americans are now living longer than they have in past decades. Driven in part by improvements in health care, average life expectancy at birth in the U.S. is now about 77 years, five years longer than it was in the mid-1970s. More recently, falling birth rates and tightened restrictions on immigration – particularly during the COVID-19 pandemic – have accelerated the aging of the U.S. population.

As the country as a whole is skewing older, there are places that stand out for having especially young populations. Using data from the U.S. Census Bureau, 24/7 Wall St. identified the 50 U.S. counties with the youngest populations. Among the counties and county equivalents – which includes independent cities – on this list, the median age of the population ranges from about 30 years down to just 22.

The largest share of the counties and county equivalents on this list are in Southern states, though South Dakota alone is home to eight, the most of any state. Explanations for the low median age in these places range from one county to another – including a greater likelihood of residents starting or raising a family. In many counties on this list, the share of households home to children under the age of 18 is above the comparable national share of 30.7%. (Here is a look at the best and worst states to raise a family.)

Many counties, such as Story County, Iowa; Clarke County, Georgia; and the independent city of Lexington, Virginia are home to multiple colleges or large universities. In fact, in nearly half of the places on this list, the share of the population who are enrolled in college is more than double the 6.8% national share.

Several other counties on this list – including Christian County, Kentucky and Geary County, Kansas – are home to major military installations. Because Americans must be between the ages of 17 and 35 to enlist, military bases tend to have relatively young populations. (Here is a look at the states where the most Americans serve in the military.)

In other cases, however, the low median age is attributable in part to low life expectancy. Places such as the Kusilvak Census Area in Alaska and Todd County, South Dakota, have limited economic opportunity, high poverty rates, and public health challenges that contribute to average life expectancy at birth that is over a decade below the national average.

Click here to see the 50 U.S. counties with the youngest populations
Click here to read our detailed methodology