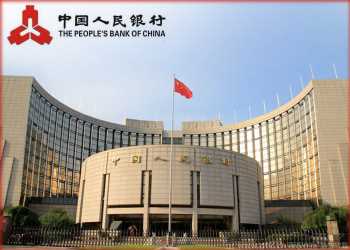 China retained its benchmark lending rate for the fourth straight month on Tuesday, providing no hope for the beleaguered housing market and the struggling economy.

The People’s Bank of China kept its one-year loan prime rate, or LPR, unchanged at 3.65 percent. Similarly, the five-year LPR, the benchmark for mortgage rates, was retained at 4.30 percent.

Previously, the bank had reduced the five-year LPR rate by 15 basis points each in May and August, and by 5 basis points in January. The one-year LPR was last lowered in August.

The LPR is fixed monthly based on the submission of 18 banks, though Beijing has influence over the rate-setting. The LPR replaced the central bank’s traditional benchmark lending rate in August 2019.

Markets had widely expected the PBoC to retain the LPR this time as the medium-term lending facility, or MLF, which acts as a guide to the LPR, was kept unchanged last week.

On December 15, the PBoC had added CNY 650 billion into the financial system through one-year MLF, with the rate unchanged at 2.75 percent. The bank also injected CNY 2 billion via seven-day reverse repos at a rate of 2.00 percent.

Earlier in December, the Asian Development Bank downgraded China’s economic growth forecast for this year to 3.0 percent from 3.3 percent, and the outlook for next year was trimmed to 4.3 percent from 4.5 percent, citing the global economic slowdown.

Major economic indicators performed poorly even at the end of the year indicating that Beijing will struggle to achieve its official growth target of around 5.5 percent this year. The economy had expanded only 3.9 percent in the third quarter.

At the last week’s Central Economic Work Conference in Beijing, officials focused on expanding domestic consumption as the government intends to boost economic growth via household spending next year. The government also underlined the importance of stable development of the property market.