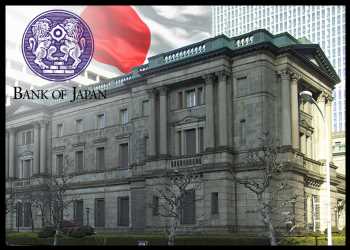 The Bank of Japan left its massive monetary policy stimulus unchanged, as widely expected, but cautioned about the impact of Russia’s invasion of Ukraine on domestic economic activity and prices.

The policy board, governed by Haruhiko Kuroda, on Tuesday, voted 8-1, to hold the interest rate at -0.1 percent on current accounts that financial institutions maintain at the central bank.

The bank will continue to purchase a necessary amount of Japanese government bonds without setting an upper limit so that 10-year JGB yields will remain at around zero percent.

Japan’s economy has picked up as a trend, the bank said. Inflation is likely to increase clearly in positive territory for the time being due to a significant rise in energy prices, the BoJ said.

The bank noted that in the wake of Russia’s invasion of Ukraine, global financial and capital markets have been volatile and prices of commodities such as crude oil have risen significantly, and future developments warrant attention.

Marcel Thieliant, an economist at Capital Economics, said the BoJ is likely to revise up its inflation forecasts next month but the board will probably stress that this pick-up is mostly driven by higher energy prices and that inflation is not sustainably above the 2 percent target yet.

With wage growth still muted, the Bank is set to keep interest rates unchanged for the foreseeable future, the economist added.

Data released earlier in the day showed that core inflation rose to 0.6 percent in February from 0.2 percent a month ago. Despite rising commodity prices, inflation continued to stay well below the central bank target.