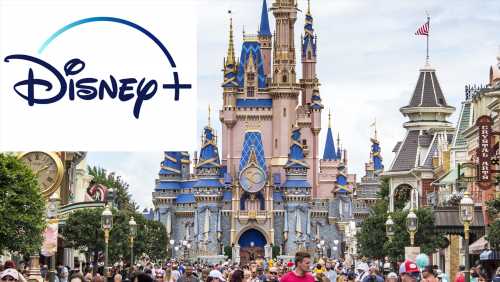 Walt Disney’s CEO today further articulated an evolving strategy — over the next three or four years — of Disney+ becoming a platform for consumer engagement beyond the streaming service.

He’d discussed the move in an interview with Deadline at the company’s D23 event. At media conference Wednesday, he described Disney’s business units working together to target consumers more precisely than he thinks any other company can, giving it a big competitive advantage.

Disney has two divisions, Media and Entertainment Distribution, and Parks, Experiences and Products (Chapek called them “media” and “physical”), which were pared down from five in a big corporate restructuring in 2020. But consumers see “one entity,” he noted, and the idea is to loop together their data gathered from streaming viewing and from theme park visits.

“If we can have a universal guest experience, recognize that a person who spends seven days in the park, 24 hours a day, and we know all that information about them, is the exact same person who watches XYZ on Disney+, and we can identify that person as the same one… We can now customize and personalize that experience way beyond anything we’ve ever been able to do before, bringing the two pieces of the Walt Disney company into one, for one common guest experience,” Chapek said during a Q&A at the confab put on by Goldman Sachs.

“Who else has got the physical data you get on someone if they spend seven days with you and essentially live with you for a week, and then, how does that affect what they see on Disney+?”

The streamer will know “what you do in a park, and will then feed you information — not on people that look like you in terms of viewing habits, people that watch this, watch that, therefore we will feed you this – [but] specifically on what you did during your seven days. And visa versa. What you watch on Disney+ then will have an impact on your guest experience at the park.”

At D23, Chapek also described it as developing Disney+ into a “next-gen”, experiential platform for people, say, who aren’t able to visit a Disney park, but could take a virtual ride through Haunted Mansion. It’s a third dimension of the canvas, so that you can start understanding what tools are available from a technology standpoint. How you can use those as an arsenal, like a different paintbrush, right? Telling stories in that third dimension brings everything together,” he said.