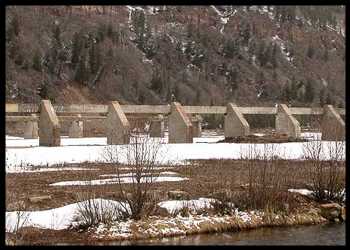 “This action will honor our nation’s veterans, Indigenous people, and their legacy by protecting this Colorado landscape, while supporting jobs and America’s outdoor recreation economy,” the White House said.

In addition, the Departments of Agriculture (USDA) and the Interior (DOI) announced a proposed withdrawal to protect the Thompson Divide in western Colorado, one of the state’s most cherished landscapes.

In response to broad concerns about protecting Thompson Divide’s important wildlife habitat, recreation opportunities, grazing lands and clean air and water, the administration is proposing a 20-year withdrawal of the Thompson Divide area from disposition under the public land laws, mining laws, and mineral and geothermal leasing laws, subject to valid existing rights.

The rugged landscape of Camp Hale – Continental Divide serves as a testament to a pivotal moment in America’s military history, as these peaks and valleys forged the elite soldiers of the famed 10th Mountain Division — the Army’s first and only mountain infantry division — that helped liberate Europe in World War II.

The area lies within the ancestral homelands of the Ute Tribes, along the Continental Divide in north-central Colorado. It is treasured for its historical and spiritual significance, stunning geological features, abundant recreation opportunities, and rare wildlife and plants.

The Forest Service will manage the 53,804-acre national monument and develop a management plan to protect cultural resources and the objects of historic and scientific interest identified in the proclamation.