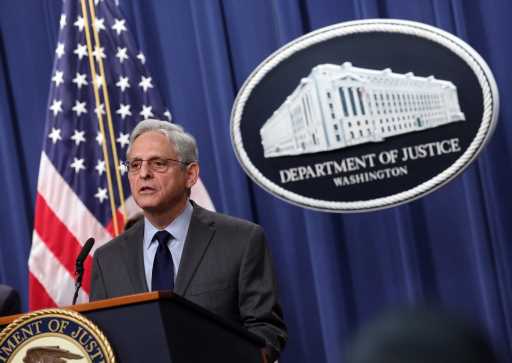 Attorney General Merrick Garland plans to announce the appointment of a special counsel to handle investigations into Donald Trump’s handling of classified material at Mar-a-Lago as well as a probe into efforts to overturn the results of the 2020 presidential election.

The Associated Press and other outlets reported that Garland plans to made the announcement on Friday afternoon. The appointment of a special counsel comes just days after Trump launched his 2024 presidential campaign, with the former president having already attacked the ongoing DOJ investigations as politically motivated.

In August, the FBI seized materials at Trump’s Mar-a-Lago estate that were marked as classified. That followed National Archives’ efforts to secure the return of the documents, which Trump brought with him at the end of his presidency. According to the National Archives, the documents are the property of the U.S. government, not Trump, under the terms of the Presidential Records Act.

The Justice Department also has been conducting an investigation of the events that led to the attack on the U.S. Capitol on January 6th, including efforts to install a slate of alternate electors favorable to Trump.

The special counsel would still report to Garland, according to the AP.