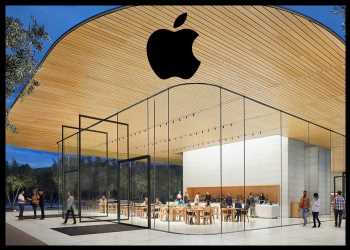 Workers at a store of iPhone maker Apple Inc. (AAPL) in Towson, Maryland recently voted in favor of joining a union. This move is being considered an important one for the movement of organized labor. The Towson store is the first unionized Apple store in the United States.

The vote to form a union is being considered as a defeat for Apple, which has for long opposed the formation of union. The first Apple union could also motivate workers at other stores to form unions for the improvement of work life of all employees.

The voting tally stood at 65 votes in favor and 33 opposed. Around 110 employees were eligible to vote to join the International Association of Machinists and Aerospace Workers. Voting began on Wednesday and went on till Saturday evening.

The National Labor Relations Board or NLRB is yet to certify the votes and this process could take up to one week. Apple is required to bargain with the union over working conditions after the vote is certified, according to the NLRB.

The Towson store isn’t one of Apple’s so-called “flagship” stores in a big city. It is a small store located inside a mall.

The store got attention from the Apple management as soon as workers announced plans to unionize. Apple’s head of retail and HR, Deirdre O’Brien, visited the location in May. A recorded message from O’Brien circulated among employees after the union drives went public discouraged retail workers from joining unions, saying that doing so would make it harder for the company to respond to employee concerns. She said unions are not committed to the company’s employees.

Workers are now seeking more input over pay and working conditions, like how the stores handle Covid safety and other operations.

In a letter sent to Apple CEO Tim Cook, the workers said. “To be clear, the decision to form a union is about us as workers gaining access to rights that we do not currently have.”

The Towson store is one of several Apple stores, which have publicly announced union drives and other retail organizers at other locations are watching its results closely. Two high-traffic, high-volume stores in New York, the Grand Central Terminal and World Trade Center locations, have shown that they are unionizing, but are yet to be officially included in the list.

The Apple retail union at the Towson store will not be of its Apple’s core business model of selling devices and services. Although Apple stores are a key channel for selling products, Apple also sells through its website and retail partners like carriers.