Home » Business » 30 Combat Aircraft Being Built for the US Military 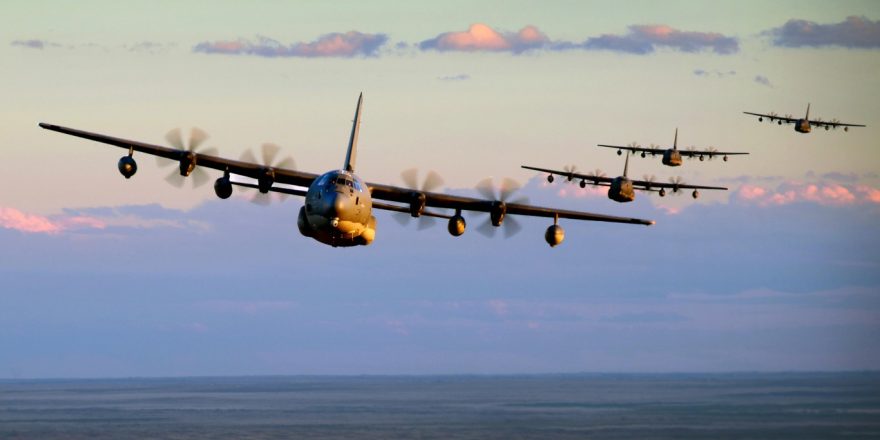 30 Combat Aircraft Being Built for the US Military

The United States continues to maintain the world’s largest military aircraft fleet, by a very long shot. (These are the largest air forces in the world.)

America has at least 13,246 active combat aircraft, transporters, tankers, training aircraft, intelligence gatherers, and special mission vehicles, according to FlightGlobal, an aviation and aerospace news and information website. About one in four of the world’s military aircraft belong to Uncle Sam, more than the combined total of the next five largest fleets belonging to Russia, China, India, South Korea, and Japan.

The fleet of U.S. military aircraft is also the most advanced — and constantly remains updated. As the military evaluates its needs, it orders new aircraft — some similar to active aircraft, while others are updated with more advanced capabilities. Currently 2,273 aircraft are on order. Many are part of larger contracts, some of which have already been delivered. These aircraft, as well as ones that have already been put into service, reflect the future of U.S. air defense assets.

To find the warplanes that are the future of the U.S. military, 24/7 Wall St. referenced the 2022 FlightGlobal’s 2022 Directory of World Air Forces. The report lists aircraft in service and on order for the world’s militaries. We ranked all the aircraft the U.S. military had on order at time of publication. To break ties, we used the number of aircraft already active. All data is from the report..

If the number of on-order aircraft is any indication — as well as the number of already active such aircraft, the current and future of U.S. air warfare involve a great deal of helicopters for the Army, Navy, and Marine Corps. (Here is every plane in the U.S. military.)

About 5,000 U.S. military aircraft are helicopters, led by the Sikorsky S-70-series, a broad category of choppers that includes the Black Hawk — the U.S. Army’s main medium-lift utility and air assault chopper. When used in combat, the Black Hawk can fly up to 1,200 nautical miles without refueling, carrying up to 14 fully equipped battle-ready soldiers or up to 32 100-pound Hellfire air-to-ground missiles.

The world has 53,271 active military aircraft this year, down slightly from 2021 due in small part to the U.S. and NATO withdrawal from Afghanistan that led to the loss of some military aircraft. Reductions of military aircraft fleets in the Asia-Pacific region and Europe were partially offset by increases in the Middle East.

Here are the futuristic warplanes of the U.S. military.