Home » Business » 25 Best Wines for Any Budget at Costco 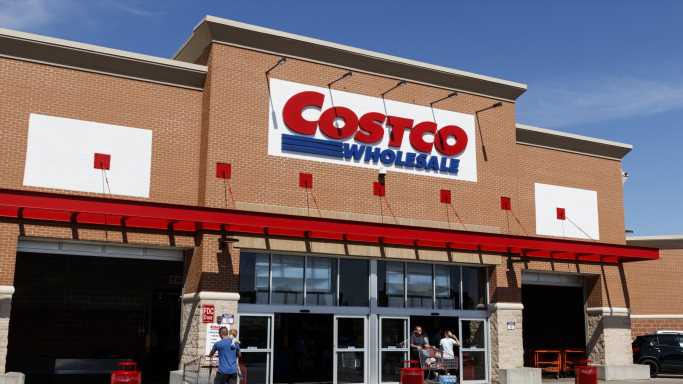 25 Best Wines for Any Budget at Costco

From salmon filets to value jeans to flat-screen televisions, Costco is known for its wide variety of incredible deals – and wine is no different. In fact, Costco is the largest wine retailer in the United States, most certainly in part because of its affordable prices on quality wines. While the markup on alcoholic beverages at many other retailers can be anywhere from 25 to 50 percent, Costco’s wine markups are generally around 14 percent, giving the wholesale club an edge over competitors in customer loyalty despite the smaller profit margins. (Other than wine, here are 32 cult favorite items from Costco.

Based on their reviews and recommendations, we chose 25 wines in varied categories from eight countries, ranging in price from $6.99 to $44.99 per bottle at Costco. Estimated average retail prices come from Wine.Com or Wine Searcher. Ratings are from Wine Enthusiast unless otherwise indicated. All wines chosen had a score of 85/100 or higher and are listed in order of price. Prices and vintages may vary.

It’s important to note that Costco only sells alcohol in a limited number of states, and the selection may vary by location. In some states, they will ship wine directly to consumers. While Costco membership is generally necessary, the condition is waived in around a dozen states, where laws prevent retailers from requiring membership to purchase alcohol. In some cases, non-members may order by paying a small surcharge.

Although Costco doesn’t carry the immense variety of wines that a specialty shop might, they do have a well-catered selection of Old and New World varieties. The best on our list come from California, Italy, France, Spain, New Zealand, Argentina, and more, representing a spread of reds, whites, sparkling, and rosé. (For other recommended bottles, here are the best wines in the world according to the experts. )