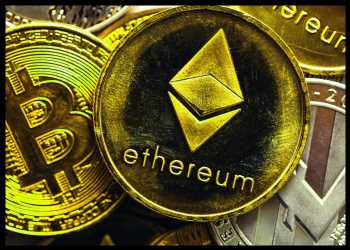 Geopolitical Tensions Drag Down Cryptos Too

Cryptocurrencies extended losses amidst rising geopolitical tensions that played spoilsport with global financial markets. Rising political tensions between the U.S. and China appeared to dampen the sentiment in markets already depressed by the challenging macro-economic conditions.

Crypto markets have declined around 2 percent overnight, slightly more than the losses in the major global equity markets. The Wall Street Futures are trading in the red zone and so are the major European benchmarks.

5th ranked BNB too declined more than 2 percent but is still holding on to gains of more than 14 percent in the past week.

7th ranked XRP shed 2 percent in the past 24 hours, but is higher more than 12 percent on a weekly basis.

Cardano (ADA), the eighth-largest protocol by market capitalization dropped more than 3 percent in the past 24 hours. Meanwhile, Zurich-based Sygnum Bank has announced that it has expanded its bank-grade staking offering with Cardano (ADA) and that clients can conveniently and securely stake Cardano through Sygnum’s institutional-grade banking platform to generate staking rewards.

9th ranked Solana (SOL) declined close to 5 percent in the past 24 hours.

10th ranked Dogecoin (DOGE) dropped 3.6 percent when compared to the levels a day ago.

In another hack in the crypto world, around $190 million has been drained from Nomad, a bridge protocol, in what appears to be the fifth largest DeFi hack of all time. Some experts have identified that this was a smart contract hack and not a key compromise and that the funds have been drained out of the protocol over hours and in small batches.

Meanwhile, an investor alert issued by the New York Attorney General Letitia James has urged New Yorkers deceived by crypto platforms to report concerns to the Office of the Attorney General. The alert also encourages workers in the crypto industry who
may have witnessed misconduct, to file a whistleblower complaint.

In the document, each of the above-mentioned arrangements are assessed in terms of their actual or potential efficiency, architectural parsimoniousness, competitiveness and, relating to that, preservation of monetary sovereignty.

The report claims that central bank digital currencies (CBDCs) are superior to Bitcoin, stablecoins, and other traditional banking means.

Finally, the authors conclude that the interlinking of domestic payment systems and the future interoperability of CBDCs are the most promising avenues, albeit subject to strong progress being made on the AML/CFT compliance side to ensure straight-through-processing (STP) for the large majority of cross-border payments.