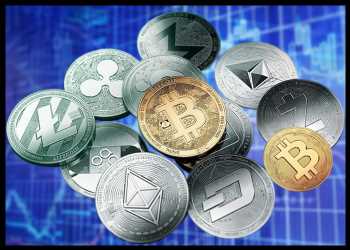 Cryptocurrencies extended losses, dropping to a market capitalization of $945 billion, versus $952 billion, early on Monday. Stock and commodity markets worldwide had surged as China’s relaxation of Covid curbs bolstered sentiment.

Around a quarter of the top 100 cryptocurrencies are trading in the green zone on an overnight basis.

The rally is amidst the Ethereum network gearing up for the Gray Glacier upgrade that would delay the Difficulty Bomb by around 100 days or 700,000 blocks.

100th ranked TerraClassicUSD (USTC) declined close to 30 percent in the past 24 hours.

The 2 percent decline in Dogecoin (DOGE) follows the announcement by the Crypto.com cryptocurrency exchange that it would stop offering rewards on the meme coin. Shiba Inu (SHIB) too declined around 2 percent for the same reason.

The total value locked (TVL), the overall value of crypto assets deposited in all of the functions that DeFi protocols offer, including staking, lending and liquidity pools is currently at $84 billion, edging down 0.3 percent.