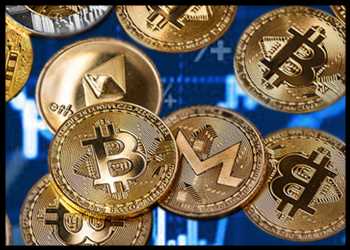 Cryptocurrencies continued the recovery from the recent lows, with market capitalization surging to $925 billion, from $817 billion on Saturday and $891 billion on Friday.

Market leader Bitcoin (BTC) is currently trading at $21,061.40. The market leading virtual currency has gained 2.92 percent in 24 hours. Despite the overnight rally, it is trading 5.5 percent lower on a weekly basis and 56 percent lower on a year-to-date basis.

Rival contender Ethereum (ETH) is currently trading at $1,146.43. The lead alternate coin has gained 1.74 percent in the past 24 hours. Despite the gains, Ether has lost 5 percent in seven days and close to 70 percent in 2022.

Despite the broad-based rally in the overall crypto market, 27th ranked Bitcoin Cash (BCH), 40th ranked Helium (HNT), are trading lower on an overnight basis. Only 18 of the top 100 cryptos are trading with losses on a weekly basis.

6th ranked BinanceUSD (BUSD) traded between $1.00 and $0.9987 in the past 24 hours.
7th ranked Cardano (ADA) lagged the price charts with a modest 0.55 percent rally amidst reports that the Vasil upgrade has been delayed due to pending bug fixes.

Banking and Financial services platform Celsius (CEL) currently ranked 101 among all cryptocurrencies and 5th in the lending and borrowing category gained 53 percent in the past 24 hours amidst reports of retail-driven short squeeze.

The rebound in crypto markets coincides with the risk-on sentiment in stock markets worldwide. The Dollar’s retreat too supported the rally.