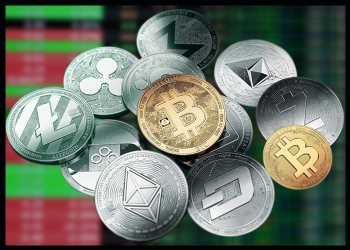 Cryptos Dazzle Ahead Of CPI Data

Cryptocurrencies staged a brilliant rally ahead of the release of the Consumer Price Inflation readings for the month of December, from the U.S. on Thursday. Bitcoin traded above the $18k level whereas Ethereum breached the $1.4k level.

Headline inflation is widely expected to fall to 6.5 percent from 7.1 percent earlier amidst a decline in energy prices. Core inflation, which excludes the volatile food and energy prices is anticipated to fall to 5.7 percent from 6 percent in the month of November. The fall in CPI is expected to allow the Fed to slow or pause on its interest rate hikes, providing much relief to markets worldwide.

Though the Fed had recently warned of a higher peak in interest rates than anticipated earlier, markets are apparently pricing in only a 25-basis points rate hike in the next review by the Fed. Any positive surprise on the inflation front could also cause markets to expect a quick pivot by the Fed.

Overall crypto market capitalization rallied more than 3 percent overnight to $885 billion, after a gap of almost 2 months. 24-hour market volume amounted to $49 billion. The brilliant rally helped BTC jump to the 23rd position and Ethereum to rise to the 67th position in the ranking of all assets published by companiesmarketcap.com.

17th ranked Avalanche (AVAX) is the top gainer with a 23 percent overnight rally. This follows announcement that Amazon Web Services (AWS) has partnered with Ava Labs.
31st ranked NEAR Protocol (NEAR) also rallied more than 10 percent.

50th ranked Bitcoin SV (BSV) is the greatest laggard with a more than 6 percent overnight decline.