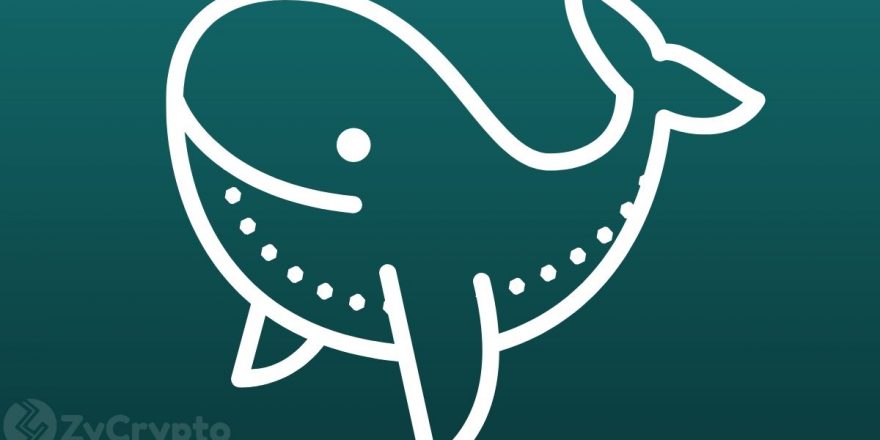 Bitcoin, the largest cryptocurrency by market value, plunged further Friday as hawkish comments by Fed’s Chair Jeremy Powell on Wednesday continued to weigh down on investors.

Since tapping an all-time high in November last year, Bitcoin has lost over 75% of its value thanks to a myriad of factors. Attempts by price to recover were thwarted earlier last month by the unexpected debacle of crypto exchange FTX, sending prices below the $18,300 psychological support, which has increasingly become harder for bulls to breach.

According to data from IntoTheBlock, only 36% of BTC holders are making a profit at current prices, 14% are at breakeven, and 51% are in the red. Notably, a majority of those in profit are investors who have held coins for more than one year. Further, a majority of investors continue to hold a bearish outlook on Bitcoin, which is one of the most prevalent signals of an impending trend change.

However, despite the continued drop in crypto prices, the number of Bitcoin investors stacking BTC recently has been rising, based on data by Glassnode.

“Bitcoin’s addresses holding between 100 to 10,000 BTC have bought $726m in BTC the past 9 days,” Glassnode wrote on Thursday, adding that 40,747 more Bitcoin (worth $726 million) had collectively entered those key whale wallets within that period. It is important to note that this category represents only 0.0364% of all BTC addresses. However, despite being small, this group typically makes decisions leading to future price movements.

Stablecoins have also been painting an encouraging picture. “Stablecoin assets like USDT, BUSD, & DAI are also being bought quickly. This is a recipe for good things,” the firm added. 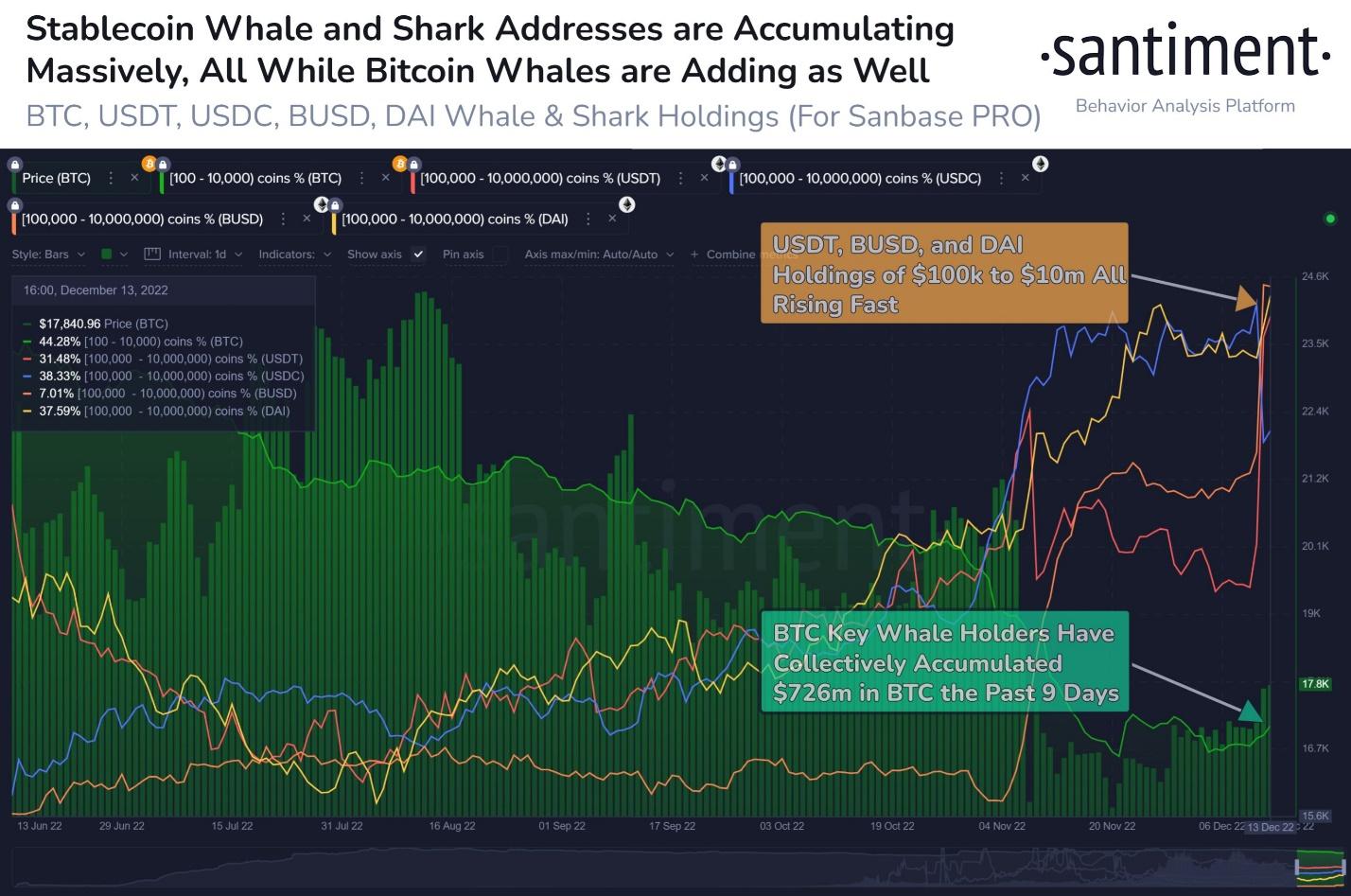 The chart above illustrates the percentage of supply held by key price-moving addresses for BTC, USDT, USDC, BUSD, and DAI and can be used to reveal the future of crypto prices.

According to the firm, “when these lines are mainly going down, it’s not a great sign” because it suggests wealthy players and institutional investors are exiting the markets. The chart thus depicts increased interest by more prominent players to purchase the said assets after reducing their holdings for about 14 months straight. Although we are yet to see a turnaround in price, with whales finally accumulating rather than dumping, Bitcoin’s ebbing tide may be in the offing.

At press time, the largest cryptocurrency by market value was trading at $16,829 after a 3.84% decrease in the past 24 hours, according to data from CoinMarketCap. Earlier yesterday, the price attempted to recover, surging as much as $17,486 after bouncing off weekly support at $17,250 before deteriorating.