Home » Altcoins » How Long Does it Take to Mine 1 Litecoin? 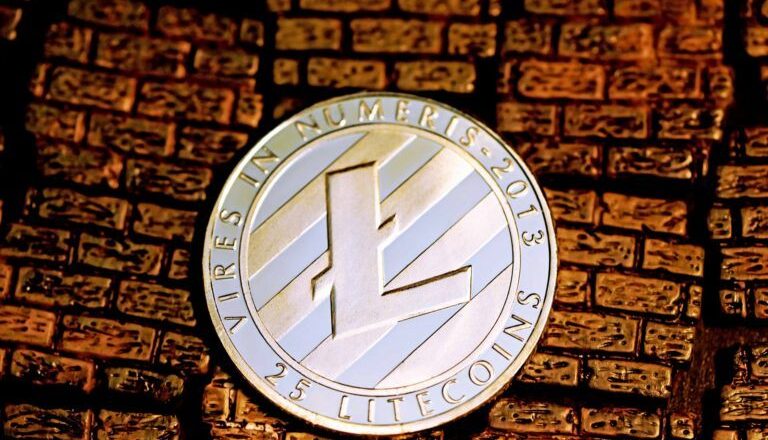 How Long Does it Take to Mine 1 Litecoin?

Litecoin (LTC), created by former Google employee Charlie Lee, was released in 2011 as an alternative to Bitcoin and has gained popularity ever since, with various users mining it. With new crypto miners coming on board every day, many people wonder how long it takes to mine 1 Litecoin.

After all, finding out how much time it takes to mine 1 Litecoin is one of the easiest ways to check if your miner is giving you a good return. Keep in mind, there are other factors to take into account when determining Litecoin mining profitability.

In this article, we’ll cover everything you need to know about the subject, including what exactly Litecoin mining is, how long it takes to mine 1 Litecoin using different devices, and how much Litecoin you can mine in a day as well as the total amount of Litecoin that’s left to be mined.

What Is Litecoin Mining?

Many people simply consider crypto mining as a method of producing new coins, but it’s much more than that. Crypto mining entails adding transactions to a distributed ledger and validating them on a blockchain network. Most significantly, crypto mining prevents the cryptocurrency from being used twice on a decentralized network, a practice referred to as double-spending.

Litecoin is a decentralized cryptocurrency distributed under the MIT/X11 license. It was created in October 2011 and was modeled after Bitcoin. Together with Ethereum, Litecoin was also one of the first altcoins that gained in popularity during crypto’s early days.

Because Bitcoin inspired Litecoin, mining for Litecoin is also quite similar to mining for Bitcoin. They both require devices and computers with specialized hardware and software that can solve extremely complex mathematical processes.

In Litecoin mining, the mining program will try to guess cryptographic hash values. Once it finds the hash, a block is generated with a specific amount of LTC. The whole process entails validating cryptocurrency transactions on the blockchain, closing blocks, and then opening new ones.

While Litecoin mining is very similar to Bitcoin mining, there are still some notable differences between the two. For instance, Litecoin’s block time is 2.5 minutes, while Bitcoin has 10-minute block times. They are also different in terms of maximum supply. Litecoin can generate up to 84 million coins, while Bitcoin is only limited to 21 million, all of which factor into Litecoin price predictions.

Litecoin uses the Scrypt algorithm instead of SHA-256 that Bitcoin uses. The Scrypt algorithm requires high amounts of random access memory (RAM), yet many people prefer it because of its convenience. Scrypt can be easily run on a CPU and requires less energy than SHA-256.

How Long Does it Take to Mine 1 Litecoin With an ASIC?

It may take around one week to a month to mine 1 Litecoin using powerful hardware mining devices such as application-specific integrated circuit (ASIC) miners. ASIC miners are made specifically to mine cryptocurrencies.

Various large mining pools and professional miners using hundreds if not thousands of ASIC devices when mining Litecoin. With these many machines they are able to find blocks on the network much faster, and can mine 1 Litecoin is as little as a few minutes.

Compared to GPU miners, ASIC miners are much more powerful in terms of hash rate, consume less energy, and are easier to use. However, they can also be extremely expensive and more difficult to re-purpose.

While it’s possible to mine Litecoin with a computer, investing in more efficient mining hardware such as ASICs is the only option to reduce the time required to mine 1 Litecoin. Miners must use one or more ASIC mining devices specially designed for Litecoin and join a mining pool. Not doing so will only lead to limited hashing power that is not enough for them to compete.

How Long Does it Take to Mine 1 Litecoin on a PC?

Each method of mining Litecoin will require different amounts of time. For instance, it will take months for you to mine 1 Litecoin on a PC, which usually only results in small revenue and even potential losses because of the high electricity and cooling costs. Plus, mining difficulties have increased across the board.

People can mine Litecoin on PCs like Bitcoin through central processing units (CPUs) and graphics processing units (GPUs). GPUs combine several GPUs into one mining rig to optimize computational capability. A motherboard and cooling system are necessary for the rig to perform GPU mining.

Simply having a PC that can run the Scrypt algorithm is all that is required to start mining Litecoin. You can begin mining Litecoin after hooking up the necessary hardware and installing the mining software.

While anyone can mine using a computer, it doesn’t mean that this method is a profitable way to mine Litecoin. CPU mining was once the go-to option of miners in the early days, but it is now considered impractical because of the slow processes and high costs of resources needed to perform its functions.

Another challenge is that solo Litecoin mining might be fruitless for an individual even if that person has the latest hardware and software. Individual Litecoin miners will have a hard time competing with large-scale mining farms run by large mining corporations.

To counter this, miners can join Litecoin mining pools. Individual Litecoin miners can combine or “pool” their computational resources with a group to compete with companies collectively. Although earnings are slightly smaller and there are fees for the pool operator, joining a mining pool will guarantee frequent rewards.

How Much Litecoin Can You Mine in A Day?

You can determine the amount of Litecoin you can mine in a day by calculating the Litecoin mining profitability. You can do this by using a Litecoin mining calculator that lets you fill in the required details such as Litecoin mining hash rate, power consumption in Watts, electricity costs in $/kWh, and the pool or maintenance fees.

Suppose you’re using a Bitmain Antminer L7 that costs around $18,500 at the time of writing. This miner has a maximum hash rate of 9,500.00 MH/s and consumes 3,425 Watts of power. With this miner, you can mine around 0.16557721 LTC in a single day, assuming your electricity costs are around $0.10/kWh and you’re not paying any maintenance fees. At this rate, it will take you about a week to earn more than 1 Litecoin.

Litecoin rewards will be much smaller if you use less powerful mining hardware. For example, if you’re using an Innosilicon A6+ LTC Master miner with a maximum mining hash rate of 2,200.00 MH/s and power consumption of 2,100 Watts, you can only mine around 0.03834420 LTC per day. Mining 1 Litecoin using this $3,000-mining hardware will take about a month.

A Litecoin profitability calculator uses features to generate accurate profitability data. Litecoin miners must have access to this information in order to make important decisions. Only when there is a significant profit and minimal electricity consumption cost can the miners choose to continue mining Litecoin.

What is Litecoin Cloud Mining?

Miners without access to powerful computers or mining devices also have the option to cloud mine Litecoin. Cloud mining is when you pay a company to do all the work while you wait for the mining rewards.This option is useful for beginner miners who don’t have access to powerful mining rigs but instead use the power and resources of cloud mining companies.

A few examples of Litecoin cloud mining companies include Genesis Mining and BestCloudMining. These companies already have powerful mining rigs, and you’re essentially just paying these hosts for the access. The cloud mining company will then pay you in Litecoin, depending on your investment.

Each cloud mining company has its minimum requirements, rates, and transaction costs. They may also offer lower rewards than regular mining. Still, cloud mining requires the lowest barrier to entry, which is appealing to many individual crypto miners.

How Many Litecoin Units Are Left to Mine?

Litecoin’s maximum supply is 84 million. As of July 2022, more than 70 million Litecoin is already in circulation. This means that, until Litecoin hits its supply limit, there are under 14 million coins left to mine.

Similar to Bitcoin, there is a hard cap for the total amount of Litecoins that can ever be circulated. However, Litecoin’s maximum supply is four times as much as Bitcoin’s, which is restricted to only 21 million coins.

There won’t be any more new Litecoins generated after the initial 84 million have been mined. The actual total supply will also probably be below 84 million, with the possibility that many wallets and keys will be lost, taking them out of wider circulation.

While at one point there will be no more LTC left to mine, the mining industry may not disappear as blocks will still have transaction fees to reward miners for helping secure the network.

The Litecoin mining business is competitive, and your success will depend on how fast you can mine them. In general, the amount of time it takes to mine 1 Litecoin depends on how powerful your mining setup is, the block’s difficulty (which increases with time), and the block rewards.

Considering these factors, you should be able to determine roughly how long it will take to successfully mine a single Litecoin.