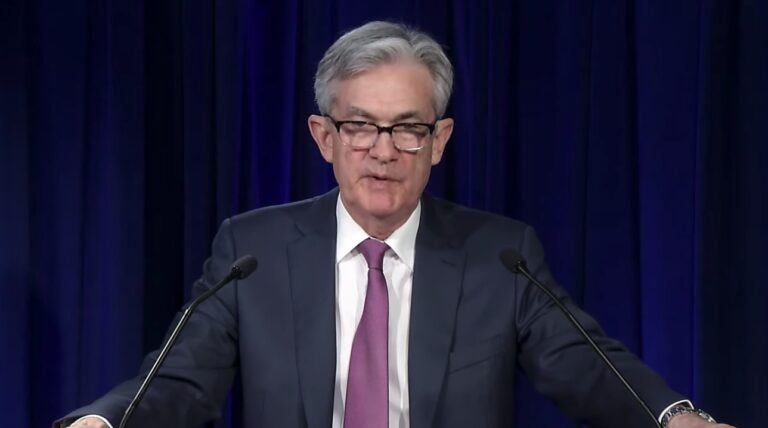 Crypto and other risk-on assets are feeling pain thanks to the current “risk-off” mood that has resulted in the U.S. Dollar Index (DXY) surging to highs not seen in over two decades; and nervousness about what Fed Chair Jerome Powell might say this week is not helping.

According to Wikipedia, the U.S. Dollar Index” (DXY)—which is designed, maintained, and published by ICE (Intercontinental Exchange, Inc.)—is an index (or measure) of the value of the United States dollar relative to a basket of foreign currencies. These other currencies are EUR, GBP, JPY, CAD, SEK, and CHF.

According to data by MarketWatch, in the past five-day period, DXY has gone from around 106.48 to 109, which isthe highest it has been since June 2002.

Now, look at how the S&P 500 has behaved during the same period: Although DXY and risk-on assets such as stocks and cryptocurrencies are not always negatively correlated, they seem to be most of the time since when there is fear/panic in global markets — e.g. because there is concern that the Fed might hike interest rates — investors tend to run to U.S. treasury bonds, which are considered very low risk.

The main macro factor behind the jitteriness felt by global markets is the concern that Fed Chair Powell might sound quite hawkish, which could suggest that in September the Fed will increase interest rates by at least 0.75% in an attempt to control raging inflation in the U.S.

The 2022 Economic Policy Symposium, “Reassessing Constraints on the Economy and Policy,” is being held August 25-27 in Jackson Hole, Wyoming. This annual symposium is hosted by the Federal Reserve Bank of Kansas City. Fed Chair Powell is one of the attendees.

“When you see the market right now dropping down like this, this is the market saying the Fed has to be more aggressive to slow the economy down further if they want to bring inflation back down.“

Here is what two popular analysts are saying about the crypto market in general and Bitcoin in particular: