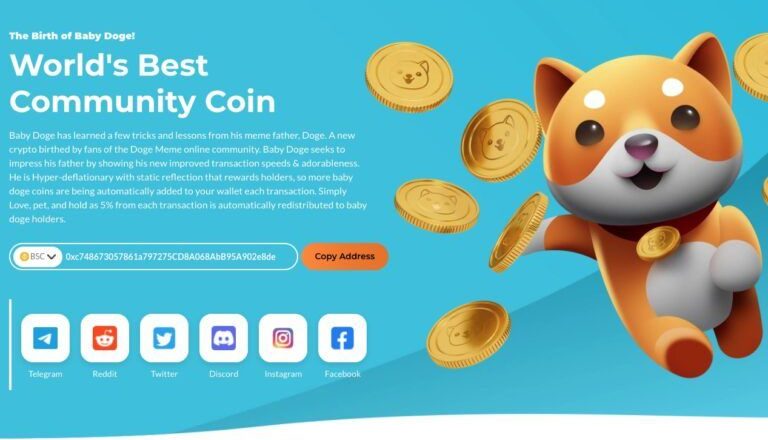 The meme-inspired cryptocurrency $BABYDOGE has recently been listed on a popular cryptocurrency exchange, Poloniex, as its keeps on processing token burns and trending on social media thanks to its supporters.

According to a bot tracking cryptocurrency listings on exchanges, Poloniex listed $BABYDOGE at the beginning of August and now has the meme-inspired cryptocurrency trading against leading stablecoin USDT and against TRON’s TRX token.

Poloniex was once one of the leading cryptocurrency exchanges, It was founded in early 2013 and emerged as one of the most-used platforms as it remained a crypto-to-crypto trading platform listing several altcoins other exchanges did not use.

The exchange was acquired by Circle back in 2018 for a reported $400 million and as its trading volume kept on declining, it was announced it was spinning out of Circle and operating on its own. It then shut down access to U.S.-based users in December 2019. The exchange has received investments from TRON founder Justin Sun.

Poloniex currently allows users to trade several cryptocurrencies and non-fungible tokens, while also offering cryptocurrency futures. Its trading volume is relatively small compared to that of leading exchanges Binance, Coinbase, or FTX. BABYDOGE is also listed on other exchanges including OKX, Gate.io, and Huobi Global.

BABYDOGE, it’s worth noting, was launched on top of the Binance Smart Chain network, while SHIB and other memecoins were launched on top of Ethereum. As CryptoGlobe reported, the number of wallet addresses holding BabyDoge has at one point surpassed those holding onto Shiba Inu.

The meme-inspired cryptocurrency was developed as a hyper-deflationary token looking to become an “improved” version of Dogecoin, while championing its mission of rescuing dogs. Each BABYDOGE transaction is taxed at 10%, 5% of which are distributed to token holders and 5% of which are allocated to a liquidity pool.

The project has been burning an increasing number of tokens over time in a bid to reduce its circulating supply.

The cryptocurrency was earlier this year added as a payment option on cryptocurrency payments processor FCF Pay.  In April the project launched a long-awaited non-fungible token (NFT) collection.