A PLUCKY pet owner managed to save her nine-week-old puppy with her bare hands and a roll of Christmas wrapping paper from the clutches of a carpet python.

Footage shows the large snake slithering out of a chilli bush in the back garden, before wrapping itself around the terrified pooch, Jasper. 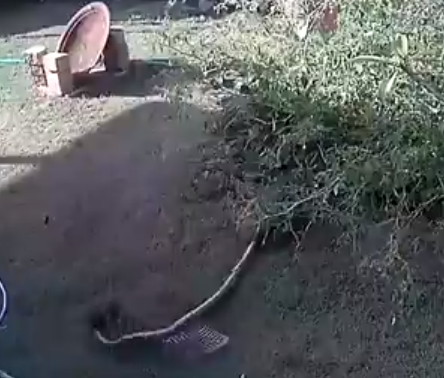 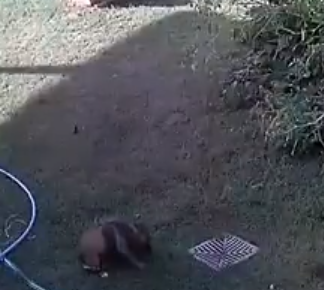 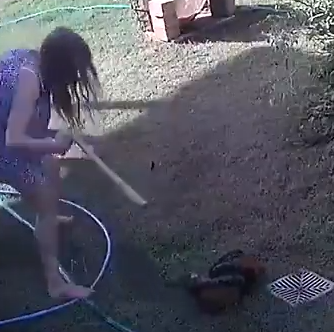 After hearing the cries of the wolfhound-cross from her garden, she rushed to his aid with her daughter as the carpet python wrapped itself around Jasper.

She first hit the snake with a roll of Christmas wrapping paper, but it still clung onto the puppy.

Barefoot van Schouwen then grabbed the snake and swung it round in an attempt to loosen its grip of Jasper.

The python eventually unlatched from Jasper, before Michelle threw it across the garden and immediately attended to her dog’s wounds.

She told Win News, “It was just panic, so I ran and when I got to the end of the patio, I just sort of froze and screamed. I just saw the python wrapping all around him.”

Luckily, the petite pet managed to escape with a bite to his left ear and a bruised lung, and is said to be recovering well after the terrifying attack.

The footage shows it took place around 4:30pm on November 28. 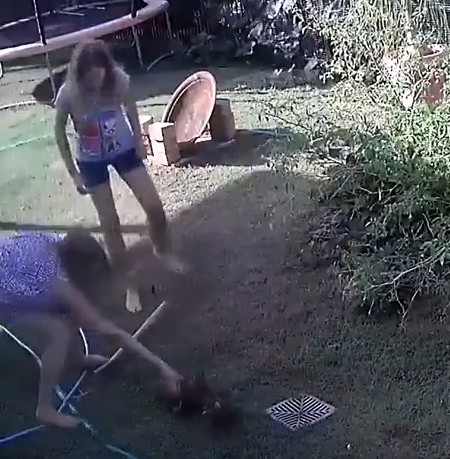 Her daughter Mikaela van Schouwen said of the incident: “It was very tense. It felt so long the snake was wrapped around him. I’m glad we got to him in time.

“The adrenaline within me kicked in and I just helped out.”

Carpet pythons are known to kill prey by constriction and often dine on small mammals, birds and lizards.

They are a common species found throughout mainland Australia and can grow up to 11 feet long.

The snake was released unharmed in nearby bushland.