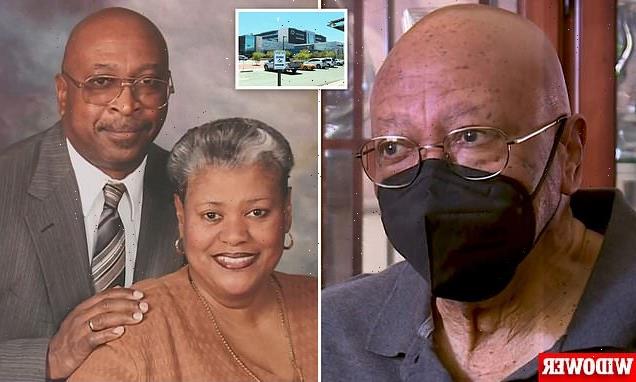 Woman, 75, barred from VA hospital due to COVID rules dies in hot car

Wife, 75, died in 2020 while sitting in 110F car outside Nevada VA hospital waiting for her husband to finish blood transfusion alone due to COVID rules, says coroner

An elderly woman died in a hot car outside a Nevada VA hospital while her husband was having a blood transfusion after she was banned from going in due to COVID rules.

Lear Litt, 75, was killed by hyperthermia – overheating –  in her car in 110 degree heat after officials at the North Las Vegas VA Hospital said she could not accompany her husband, David Litt, while he went underwent a blood transfusion in August 2020.

David, a military veteran, has now spoken out of his anguish over his wife’s death, and says he doesn’t know why she didn’t keep the engine running and its air-conditioning on.

Lear told one passer-by she feared the car would run out of gas, but David said he never let its tank get below half-full.

He choked up as he recalled worrying about why he hadn’t heard from Lear on calling her, then realizing she was being given emergency compressions across the hallway from him as staff tried in vain to save her. 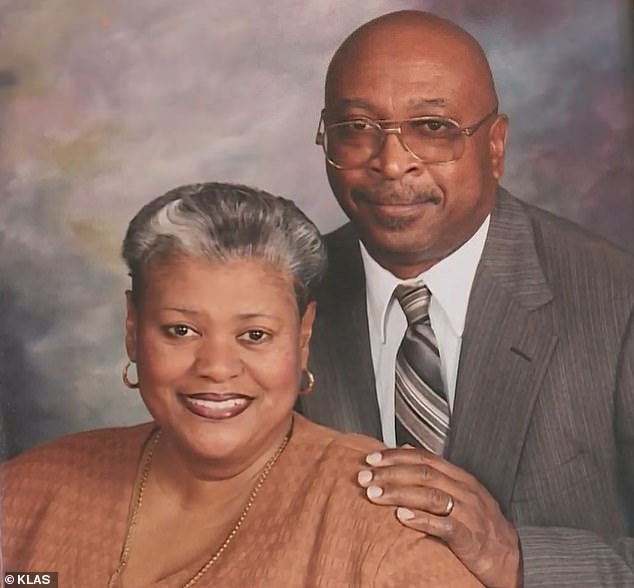 Lear Litt (left) died of hyperthermia after she was forced to wait in her hot car while her husband, David Lear (right), underwent a blood transfusion 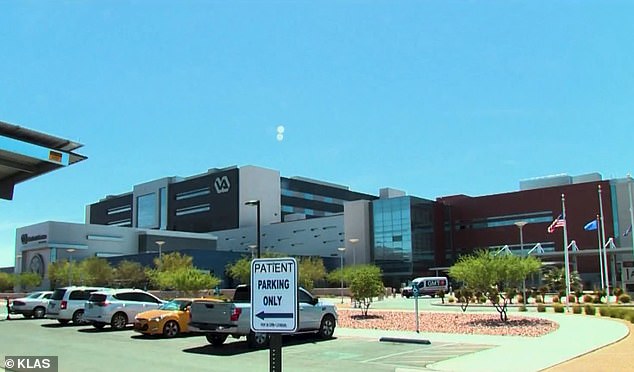 Lear was found dead, with a body temperature of 109 degrees, in the parking lot of the North Las Vegas VA Hospital on August 20, 2020. She had been denied entrance into the hospital due to COVID-19 protocols

Visitors were not permitted in the emergency department due to COVID rules.

Lear, who went out to the parking lot around 9.30am, was found dead in her car shortly after 2.30pm with a body temperature of 109 degrees, KLAS reported.

‘Rapid response in the parking lot,’ David Lear, now 78, recalled hearing over the PA system. ‘Someone’s doing compressions and I’m across the hall from where this is taking place, but I knew it was her. Without even seeing it, I knew it was her.’

David underwent his procedure on August 20, 2020 during the peak of pandemic. Hospitals across the nation were battling capacity constraints and most of the world was still under lockdown.

Non-essential visitors were barred from entering many medical facilities to try and cut the risk of COVID transmission, with vaccines still months away from being approved. 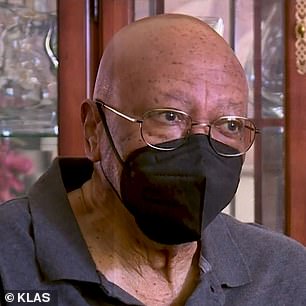 David Litt asked hospital staff to check on his wife around 2.30pm after she failed to answer his phone calls. She was pronounced dead shortly afterwards

The couple, who were married 57 years, arrived at the facility in the morning only to find out Lear was not allowed in the building.

‘They allowed her to come in to tell me she couldn’t come in,’ David told the TV station last week. ‘That’s when I gave her my phone. I said: “Okay, I’ll call you to find out how you’re doing.”‘

Lear sat in her parked car, which was not running, for several hours waiting for her husband’s treatment to end.

A doctor heading into the facility reportedly spoke to her around noon, alleging she had been in the car with the windows rolled down. The car was turned off.

The doctor claims Lear said the vehicle was low on gas so she couldn’t let in run, an assertion that David questioned.

‘One thing I made a habit of [was] never getting below half-a-tank of gas,’ the veteran widower explained. 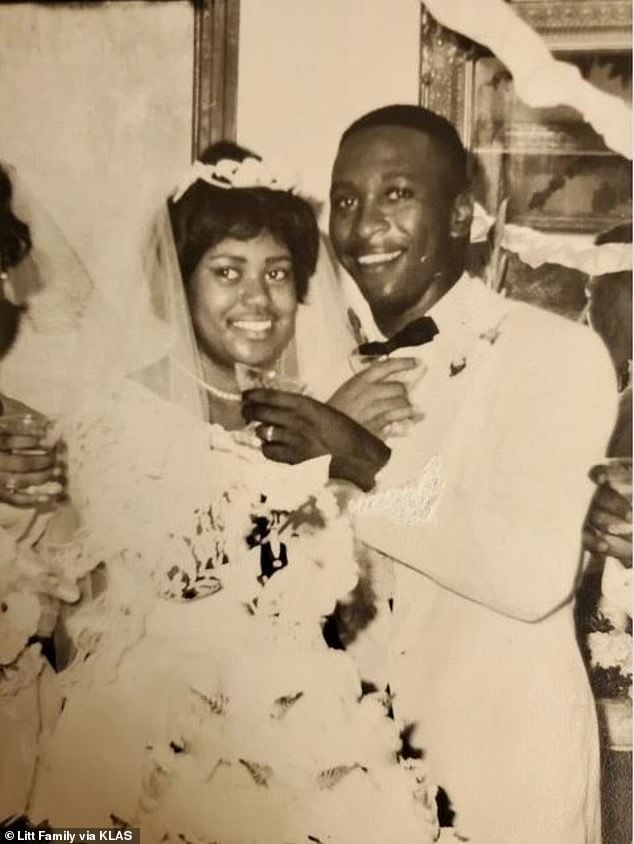 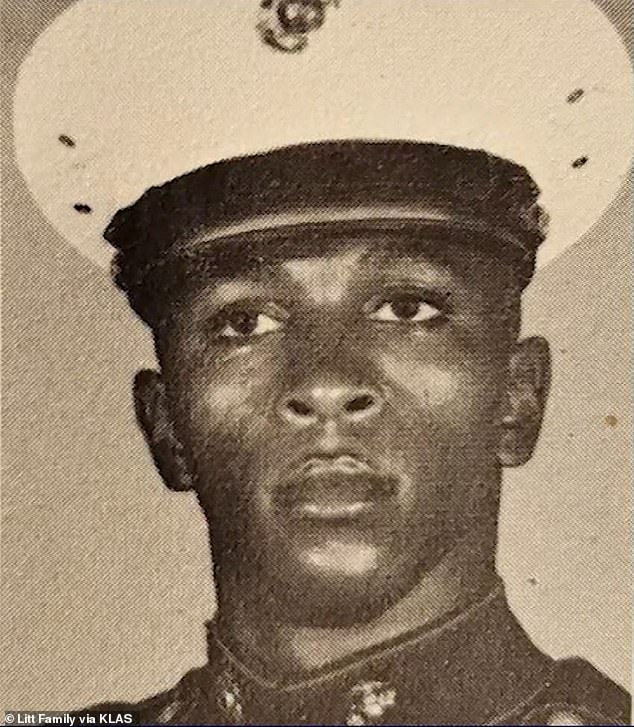 David Litt, a veteran widower, is pictured in his military uniform

Mid-afternoon, after David instructed staff to check on his wife because she wasn’t answering his calls, Lear was found unresponsive and rushed into the hospital.

Officials attempted to resuscitate her, but were unsuccessful. Lear was pronounced dead at the facility.

The coroner’s report indicates she died from hyperthermia. Her death was ruled an accident.

David, who continues to mourn the loss of his high school sweetheart, seemingly believes the incident was avoided.

‘I think that could’ve been handled a lot differently,’ he said.

In wake of Lear’s death, which was investigated by multiple VA departments, a new policy has been instated at the hospital.

Patients are now allowed one visitor to accompany them at their appointment. The hospital has also increased patrols in the parking lot.

‘The unfortunate reality was we spent so much time on risk assessing, protect veterans, protect staff and after that incident occurred, we had to take a step back and say, well, there is a secondary risk too because of the weather out here,’ William Caron, the head of VA Southern Nevada Healthcare System, said.

‘Do you think a mistake was made by the people that interacted with her?’ KLAS reporter Vanessa Murphy questioned. 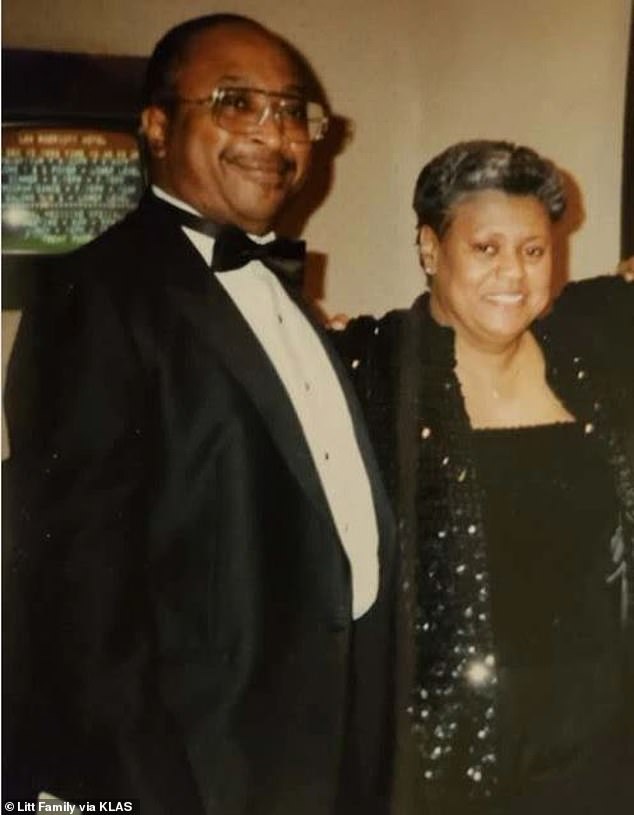 In wake of Lear’s death, which was investigated by multiple VA departments, a new policy has been instated at the hospital. Patients are now allowed one visitor to accompany them at their appointment. The hospital has also increased patrols in the parking lot 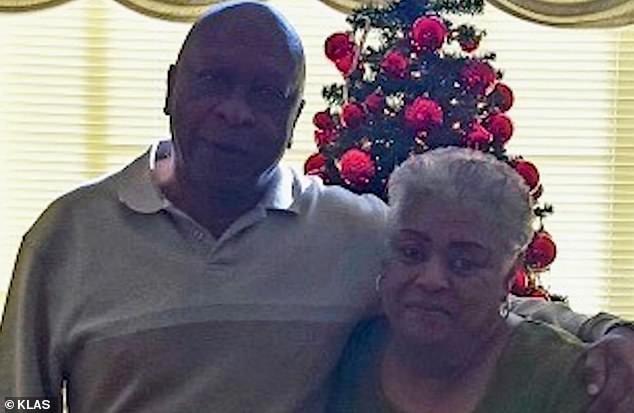 David claims the VA never notified him about the investigations into his wife’s death, alleging he learned about the probe from the news outlet. He also claimed he was not informed of the policy change

‘I think we can go back in time, hindsight, and review every single detail, but to say someone was malicious or reckless, I wouldn’t say that,’ Caron replied. ‘The goal was the greater good of protecting all veterans.’

David claims the VA never notified him about the investigations into his wife’s death, alleging he learned about the probe from the news outlet.

He also claimed he was not informed of the policy change.

‘It’ll help someone else if the same situation arises, but it’s not helping me at all,’ he said.