Home » World News » Within 500m and every 10 minutes: Grand transport plan for Melbourne 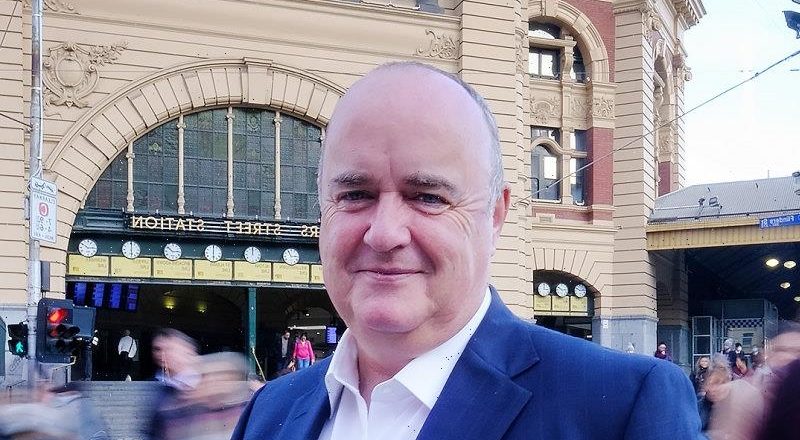 Within 500m and every 10 minutes: Grand transport plan for Melbourne

The incoming chief of the Committee for Melbourne says more Melburnians need to live within 500 metres of regular public transport to better connect the city’s outer suburbs to the CBD.

Fewer than 22 per cent of Melburnians currently live within half a kilometre of a bus, train or tram stop where services come at least every 10 minutes. Mark Melvin, who compared the situation in Melbourne with that in the German capital – where 51 per cent of Berliners are close to good public transport – has called for a local goal of 40 per cent. 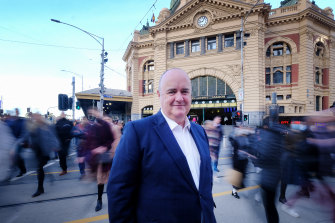 The new Committee for Melbourne chief executive said his organisation would push both sides of politics for commitments on housing and public transport ahead of November’s state election.

“It’s not just more train stations and more bus routes and more trains … there’s decisions around where we build new housing, affordable housing, and how Melbourne develops the west, east, north,” he said.

The Committee for Melbourne brings together 150 members from business, academic and community circles to lobby governments on issues related to sustainable growth of the city. The apolitical organisation has been instrumental in establishing Melbourne’s Free Tram zone and the development of Fishermans Bend.

Melvin said connecting outer suburbs to the CBD was crucial to the city’s post-pandemic recovery. With office workers no longer coming to the city every day, social outings will play a bigger role in luring people to the CBD.

“We want people to genuinely say, ‘I live 40 minutes outside Melbourne and I consider myself a proud Melburnian. I come to the city, I go to dinner, I enjoy the theatre and go to the arts’,” he said.

“If you’re in [Mordialloc] and you’ve got a couple of young kids are you going to come to Melbourne for a dinner? Or go to the footy? Probably not. We have a lot of work to do to help connect people who aren’t in Brunswick, Hampton, Kew or Camberwell.”

Fewer than 30 per cent of all journeys in Melbourne are taken on public transport. Melvin said this was unsustainable as Melbourne edged towards being the most populated city in the country.

Melvin’s call comes as new office occupancy data from the Australian Property Council released on Thursday showed a 12 per cent increase in the number of workers in the CBD in April, compared with 48 per cent in May.

The lobby group for property developers and owners celebrated the increase in numbers but noted that Melbourne sits well behind Adelaide (71 per cent office occupancy), Brisbane (64 per cent), Perth (63 per cent) and Canberra (60 per cent) and Sydney (55 per cent).

Melvin said it was clear that the days of high office occupancy all week were over, but Melbourne’s CBD still needed to be accessible to those in the outer suburbs for cultural activities.

“The reality is I don’t think they will go back to the way they were before,” he said.

“[But] at some stage, they will want to come to the MCG and go to football or Marvel Stadium … we just have to make it accessible for them to come in.”

Aside from increasing access to public transport, Melvin also named the retention of international students after their studies and investment in medical research as key for the city’s recovery from the pandemic years.

International borders have re-opened and the number of student visas issued is uncapped, but Melvin said Melbourne needed to wrangle back its reputation for hosting students from the US, UK and Canada.

“What I’m being told, if you’re sitting in a student recruitment office in India, or in China, [the question] is, ‘will I get work experience while I’m doing my degree or my masters?’ and ‘will I be able to stay [in Australia after my studies] and work?’” he said.

“We have an employment gap and a skills gap. And international students can go a long way to filling that.”

The Committee for Melbourne was created in the mid-1980s and drove recession-busting reforms including the redevelopment of Docklands and the introduction of Sunday trading. The Age is a member.