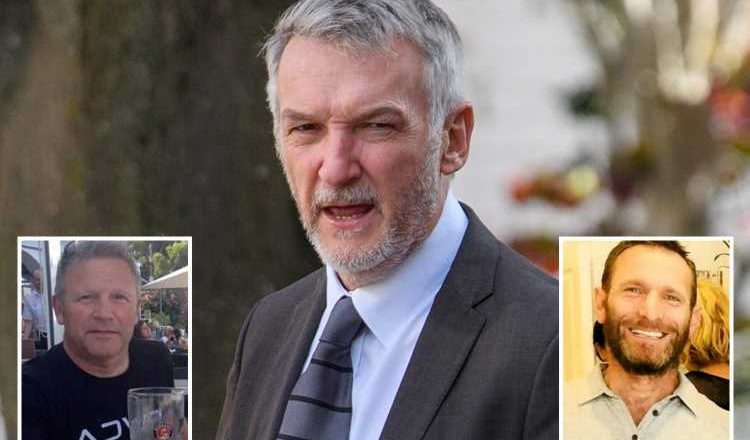 DEVASTATED relatives were left furious after a company boss who mowed down and killed two cyclists from behind walked free from court with a £475 fine.

Clifford Rennie smashed into Andy Coles, 56, and Damien Natale, 52, as the pair cycled together on the A40 between Studley Green and Piddington in June last year. 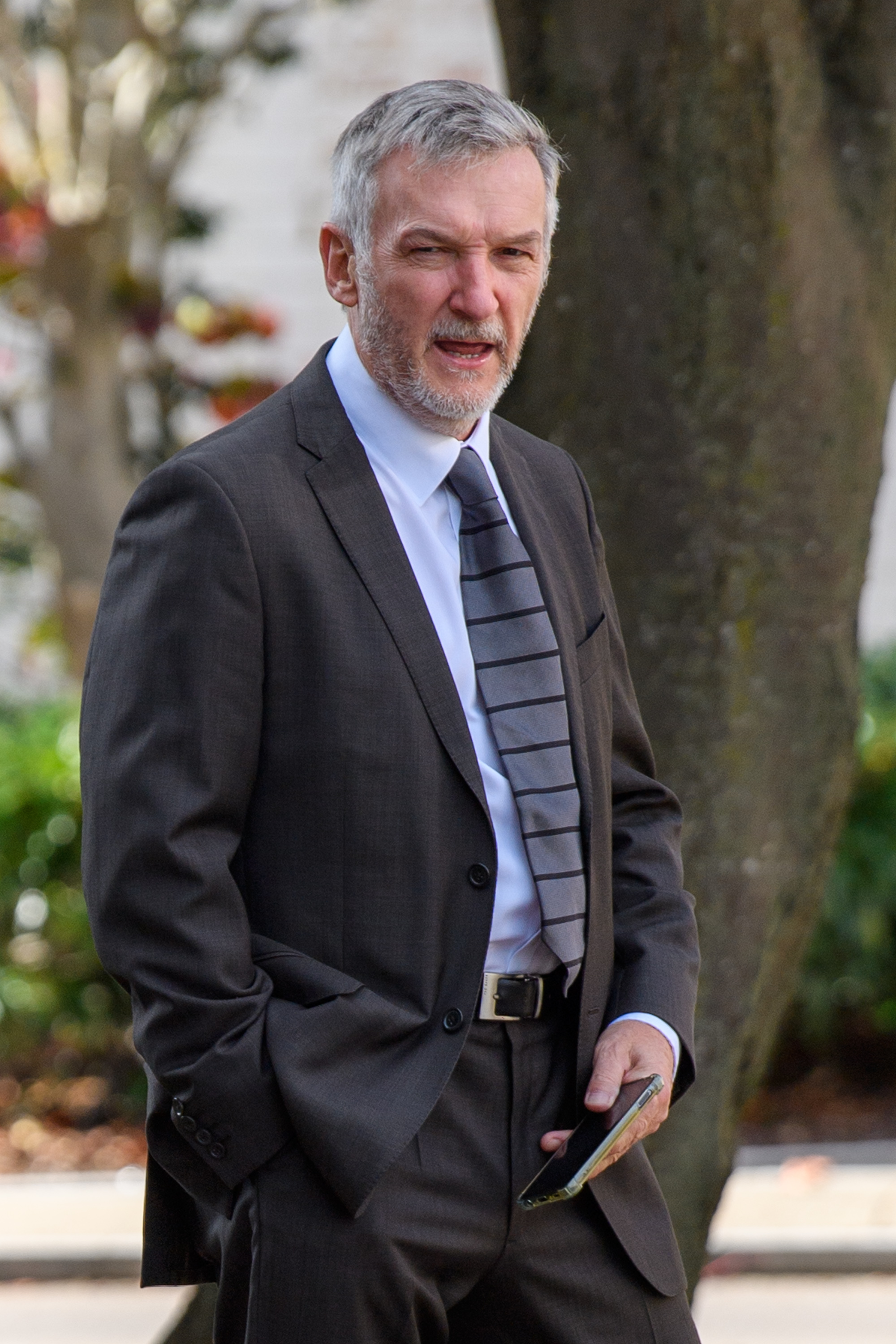 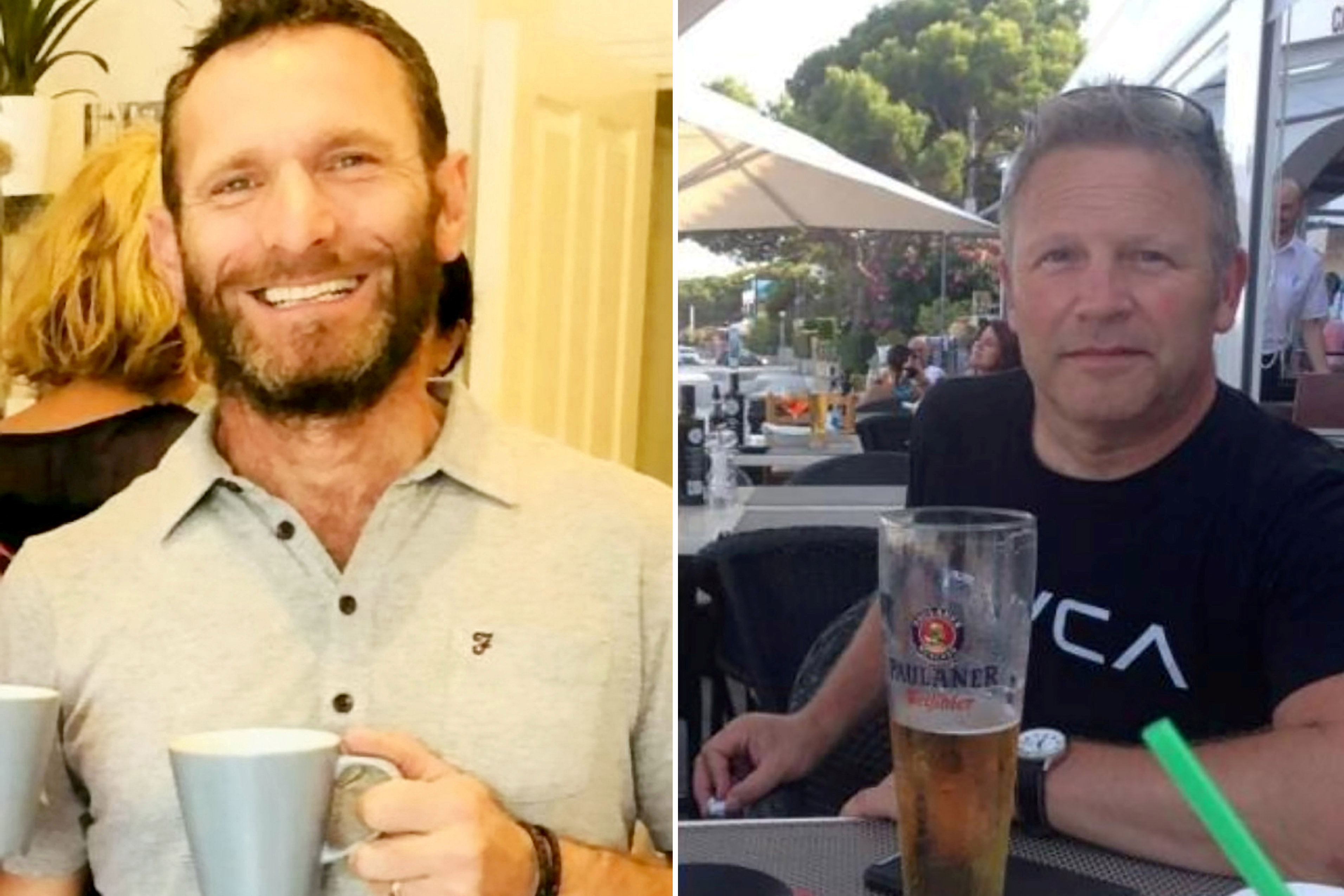 Andy's partner has now said "I lost my world" while Damien's wife said she felt like she was serving a life sentence following the tragedy.

Mr Rennie, 61, had been driving home from his office in High Wycombe, Bucks, when he struck the two cyclists from behind on June 1 last year.

Mr Coles was thrown over the crash barrier and down the hill, with his shattered bicycle found wedged in a tree.

Mr Natale was sent into the opposite carriageway and found over 50 metres from where the crash happened.

Both men, who had been cycling behind one another close to the side of the road, were killed instantly, Oxford Crow Court heard.

Another driver saw Rennie's 2019-plate VW Golf swerve and hit the two cyclists on the crest of the hill.

He said Rennie, who stopped at the scene, had been holding his head in his hands and saying "there's two of them."

The evening had been sunny – and a police crash investigator concluded that Rennie should have been able to see the cyclists.

The court was told that there had been a huge outpouring of grief for the victims of the crash – who had been keen cyclists and raised thousands of pounds for good causes.

In a victim personal statement, Mr Coles' partner, Helen Atherton, said June 1, 2020, was a date seared in her memory as "beyond tragedy, beyond awful, beyond anything I can imagine."

"I lost my world," she told the defendant.

Mr Natale's son, Brady, told the court: "In that moment you didn't look you took our family's small bit of calm.

He added: "You don't deserve for me to go through the pain of writing it, especially when your answer would be 'no comment'."

Rennie was seen in the dock clutching at his beard as Brady's sister, Coral, told the court: "This tragedy has knocked the life out of me."

Mr Natale's wife and childhood sweetheart, Tracey, said she felt like she was serving a 'life sentence'.

Derek Coles said the evening of his brother's death had been "nothing short of horrendous."

He described the feeling of euphoria when he learned his brother had died instantly, adding: "It seems terrible to feel such intense relief, but we were overjoyed that he hadn't suffered.

"It is the only thing I have held onto, that he was not in pain or fear as far as we know."

Family members expressed their frustration that Rennie had not been charged with manslaughter and the delays in the case reaching court.

'I LOST MY WORLD'

Rennie answered, "no comment" to questions in his first police interview, the court heard.

In his second interview, he provided a prepared statement expressing his "heartfelt sympathy to the families of the cyclists."

Rennie, who claimed he was a cyclist himself, could not explain why he had not seen the two men.

In a letter to the Judge, the defendant repeated his apologies and 'sorrow' for what had happened.

He said: "I sincerely hope that the justice that will be rightly served can offer some sort of closure to the families of Mr Coles and Mr Natale and they can begin to heal."

Christopher Martin, in mitigation, said his client was "haunted" by the fact he could not give his victims' families answers about why he had not seen the two cyclists.

Rennie was an industrial chemical engineer and company director who had won a Queen's Award for innovation.

Judge Michael Gledhill QC sentenced Rennie to two years' imprisonment suspended for two years, banned him from driving for five years and ordered him to pay £475 in costs.

Rennie will also be required to take an extended re-test when his disqualification concludes.

Judge Gledhill told the victims' families: "No words of mine are going to bring these men back.

"Nobody could be anything but deeply moved at hearing the impact and the effect of their loved ones' deaths. The consequences for them, their families and friends of the deceased is truly appalling.

"Some or all of the people I have just heard from feel their lives have been destroyed.

"But I hope that these proceedings now that they are about to come to an end will bring some degree of closure.

"If I could make it better for everybody concerned I would. I regret to say I can't. I can only express my deep condolences and sympathy for each and every one of you."

"Due to the manner of Mr Rennie's driving on that early summer's afternoon last year, two men, who were simply out for a cycle ride, did not return home to their loved ones.

"We were able to prove that the careless nature of Mr Rennie's driving was the causative factor in the deaths of Andy and Damien, and given the evidence put to him, Mr Rennie pleaded guilty to both offences.

"This, at least, spared the family and friends of Andy and Damien the further ordeal of a trial."

He added: "Whatever the reason for Mr Rennie's careless driving that evening, it is abundantly clear that neither Andy nor Damien contributed in any way to this incident.

"This tragic case underlines the fact that motorists need to be fully aware of their surroundings and be aware of other, more vulnerable road users, especially when driving within national speed limits.

"I know that no sentence would have served as any solace to Andy and Damien's family and friends, but I would like to pay tribute to them all.

"They have showed tremendous resolve and patience while this case was being investigated, and on behalf of Thames Valley Police, I would like to extend my condolences to everyone affected by this tragedy."