Tesla is no longer up to par with environmental, social and government standards — at least not those set forth by the S&P 500 ESG Index.

S&P Dow Jones Indices has removed electric-vehicle giant Tesla (TSLA) from its sustainability benchmark as part of the index’s fourth annual rebalance after the Elon Musk-led company’s ESG rank slipped against its global peers, the index provider revealed in a Tuesday statement.

“While Tesla may be playing its part in taking fuel-powered cars off the road, it has fallen behind its peers when examined through a wider ESG lens,” Margaret Dorn, Head of ESG Indices at S&P Dow Jones said in a blog post.

Tesla’s overall ESG score has remained “fairly stable” year-over-year, according to S&P DJI. However, an increase in score for the broader industry group in which Tesla is categorized – Automobiles & Components – resulted Tesla’s slide. 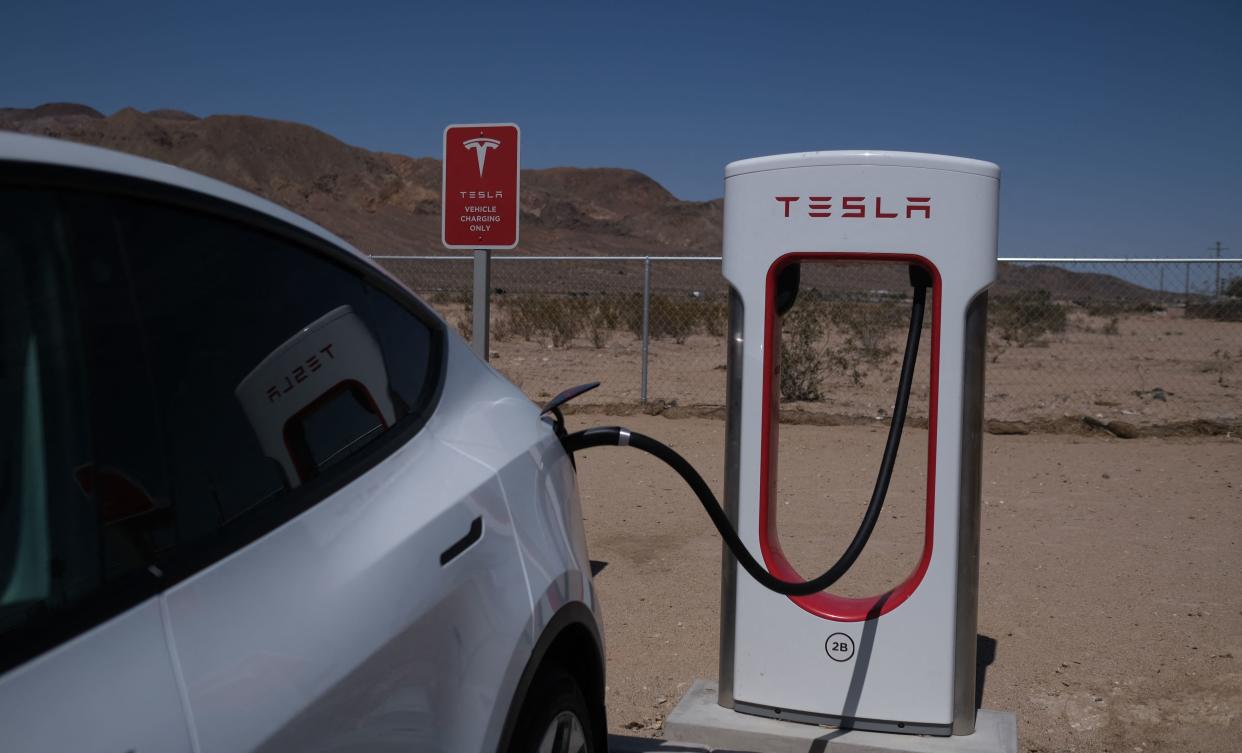 Musk, for his part, stated his disagreement with S&P’s decision in a tweet on Wednesday, calling ESG “an outrageous scam.”

ESG is an outrageous scam!

Tesla did not immediately respond to a request from Yahoo Finance for comment.

S&P Dow Jones Indices cited claims of racial discrimination and poor working conditions at Tesla’s flagship factory and its handling of a federal investigation into deaths linked to its autopilot vehicles in its decision to remove Tesla from the index.

Tesla has faced scrutiny in recent years over claims of poor working conditions at its Fremont, California factory, and Musk has voiced criticisms of efforts by some Tesla employees to unionize.

“There are a lot of folks who do not like the actions that Elon Musk takes, and there are a lot of problems with Tesla, including the way that they treat their employees on the factory floors,” Zach Stein, co-Founder of the sustainable investing platform Carbon Collective, told Yahoo Finance in an interview.

Stein added, however, that it does not make sense to remove them from the index entirely. “We wouldn’t see the transition to electric vehicles at nearly the pace that we are seeing now without the work of Tesla,” Stein said, also noting that ESG in general is a fundamentally opaque process.

“One way that we like to put it is, your friends are never going to be perfect, but you still have to work with them.”

Berkshire Hathaway (BRK.B), Johnson & Johnson (JNJ), and Meta Platforms (FB) were among other big-name companies that did not make the cut in S&P’s latest reshuffle, while Apple (AAPL), Microsoft (MSFT), and Amazon (AMZN) are among the largest constituents of the index.