Home » World News » Who was 'the gentleman' thrown into North Sea with iron shoe molds? 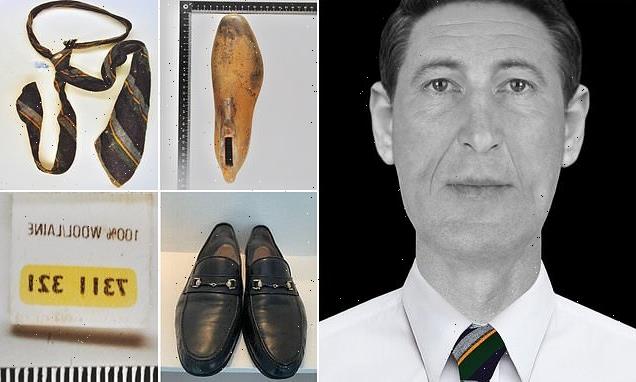 Who was 'the gentleman' thrown into North Sea with iron shoe molds?

Who was ‘the gentleman’ thrown into the sea weighed down with IRON SHOES? Mystery murder victim was found floating in the North Sea wearing luxury loafers and a club tie

An unidentified British murder victim pulled out of the North Sea nearly 30 years ago was weighed down with cast iron shoe molds, German police revealed yesterday.

Authorities on tiny island Heligoland, northern Germany issued a new image of the mystery man and made a new appeal for information.

Nicknamed ‘the gentleman’, the 6ft 5in, 11st victim was found wearing a tie with a club design and handmade luxury loafers.

He had suffered violent blows to his head and upper body, The Mirror reported. 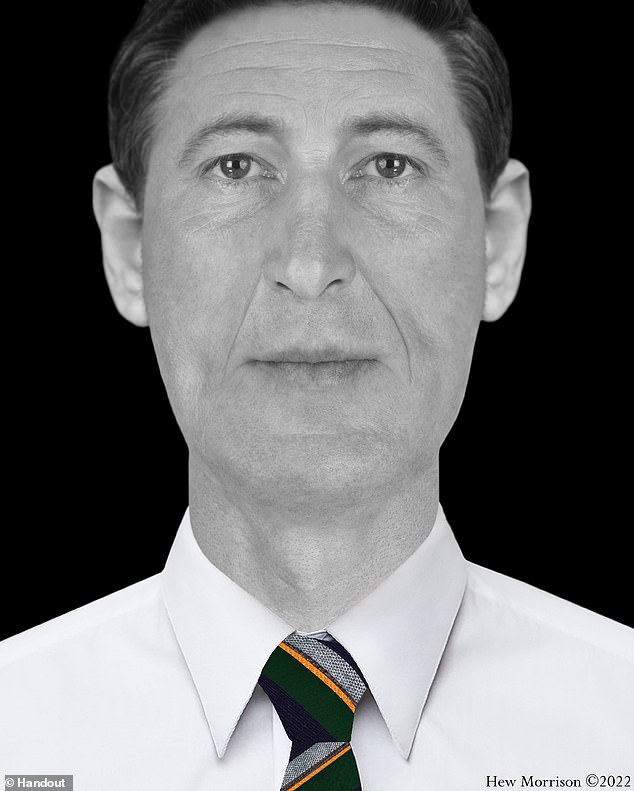 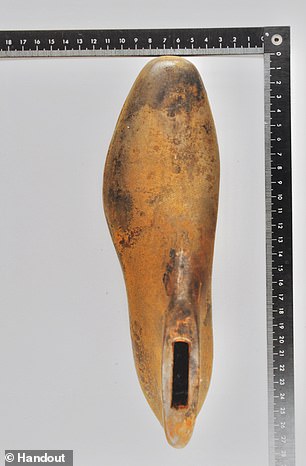 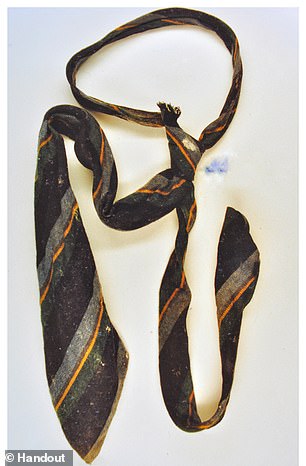 Cast iron shoe molds (left) were attached to the man’s body, weighing him down. He was wearing a dark M&S tie (right) with dark green, orange and grey stripes

Cops found the British man’s body off the German coast on July 11, 1994 – and estimate he was killed up to seven months before that date.

The iron shoe molds were the same size as his own. They were manufactured by A J Jackson, a Bristol shoemaker which existed from the Victorian era to the mid-Sixties.

The man’s custom shoes were made by upmarket firm Church & Co Limited. They had been re-soled with Philipps soles with replacement heels made by Dinky Heel, Bristol. They were also inscribed ‘ITS Jubilee’ with a stylised crown.

The man was also wearing French-made navy trousers and a light blue shirt.

Releasing the new image, Wilhelmshaven Police said on Thursday: ‘Does the image resemble someone you used to know, someone who maybe missing or you have lost contact with? Do you have any information about the shoe lasts (molds)?’ 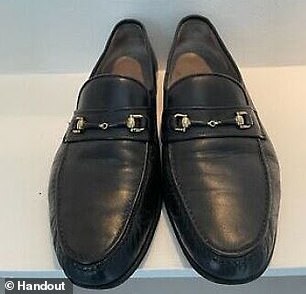 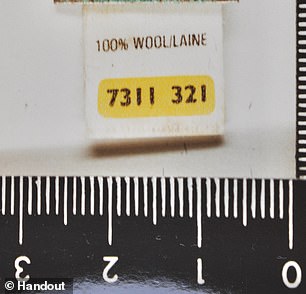 The dark loafers (left) were made by upmarket British shoemaker Church & Co Limited. Right: a label attached to the tie reads: ‘100% WOOL’

Police say they have now received more than 50 calls.

The club design tie was M&S-made with grey, brown, orange and green diagonal stripes. Cops have been unable to identify whether it was a regimental, club or public school tie.

Investigators are being assisted by forensic experts from several British universities and charity Locate International.

Goldsmiths Forensic Psychology Unit director Fiona Gabbert said in February: ‘We believe that the man is likely to have gone missing somewhere between the end of 1993 and the first six months of 1994 so we’re calling on the public to think back to that time.

‘Our research shows that activating memories from a particular period can help individuals remember more information from that particular time so we’re asking you to read through a list of news and events that happened in 1993/1994.

‘Take a while to think where you were and who you knew at this time. Do you think you might know the man we are seeking to identify?’

Ms Gabbert pointed out the most noteworthy events of the day include the killing of Pablo Escobar, the March 1994 IRA Heathrow bombings, the death of Kurt Cobain and the arrest of OJ Simpson.

Nelson Mandela was inaugurated as president of South Africa, ‘Love Is All Around’ by Wet Wet Wet was released and ‘Four Weddings and a Funeral’ entered cinemas.