THE sister of high profile Tory MP Jacob Rees-Mogg was elected a Member of the European Parliament for the Brexit Party in the 2019 European elections.

Annunziata Rees-Mogg quit the Tories to join the new party but she has since ditched her new home to support Boris Johnson in the General Election.

Who is Annunziata Rees-Mogg?

The 40-year-old is the youngest sibling of Jacob Rees-Mogg the MP for North East Somerset.

Their father was the former editor of The Times, William Rees-Mogg and Annunziata was his fifth child and third daughter.

She is a freelance journalist who has written for the Daily Telegraph, MoneyWeek and the European.

Rees-Mogg said she joined the Conservative Party in 1984 aged five and canvassed for the party during the 1987 election from the age of eight.

“I was too young to be a Young Conservative so I joined the main party. Aged eight I was out canvassing, proudly wearing my rosette,” she told the Independent.

“I loved my membership card. It was one up on a Blue Peter badge as far as I was concerned.”

Rees-Mogg said she chose not to go to university and instead she worked in finance in the technology sector before becoming a journalist.

She has been campaigning for Brexit since 2003 and has twice stood as a Conservative Party candidate – in 2005 and 2010 – but lost both times.

In 2010 it was reported that the Conservatives had asked her to change her name to “Nancy Mogg” in bid to increase her appeal to the electorate.

She is also pro-hunting and has said the invasion of Iraq was a “terrible mistake”.

Rees-Mogg married Matthew Glanville in 2010 and the couple have one child, Isadora.

Announcing her decision to stand for The Brexit Part Rees-Mogg said today she felt "democracy has been so betrayed" she's returned to politics after being a full-time mum for eight years.

"My country needs to be recognised in the democratic way that it has called for," she said.

"Our politicians need to listen to what the people have said."

Theresa May was refusing to take note of the deep concerns from the Tory membership and the 17.4million people who voted for freedom from the EU, she argued.

"I can't sit by and let her do it. It is our fight and we must fight to win. We must leave for a greater future and better politics," she said.

In July she became one of the new MEPs from the Brexit Party to turn their backs on the EU Parliament as they sworn in.

The 29 MEPs faced away as the EU's anthem Ode To Joy was played in Strasbourg.

Fuming European Parliament President Antonio Tajani said "you stand for the anthem of another country" as he watched on.

In December she announced she was resigning the whip along with John Longworth, Lance Forman and Lucy Harris, to support Boris Johnson. 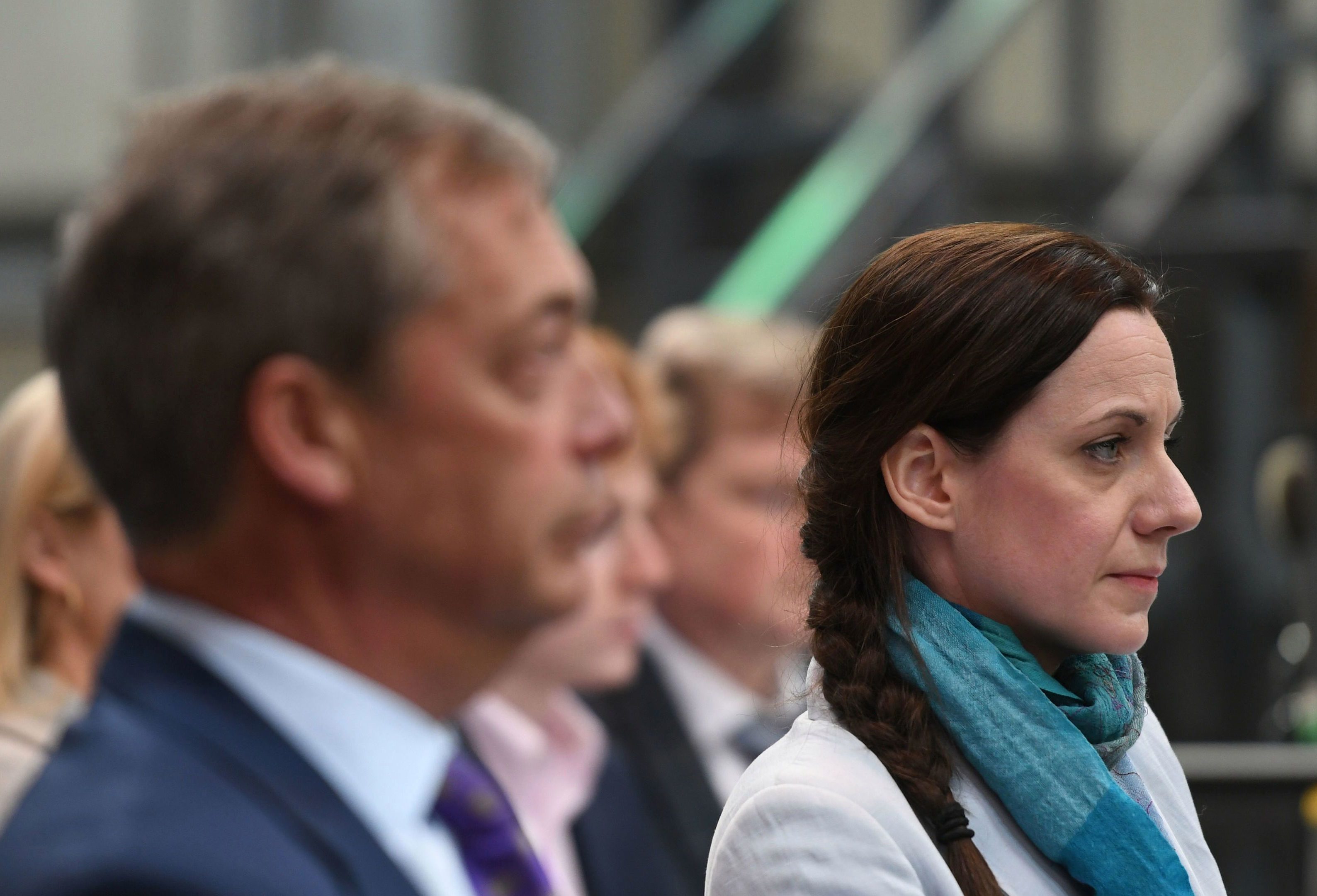