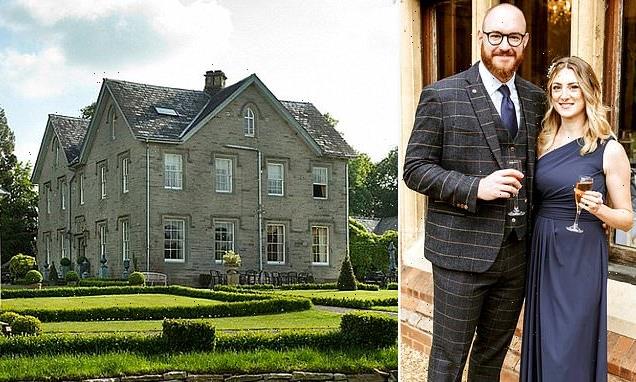 Police were called to a historic wedding venue when angry brides who were left thousands of pounds out of pocket demanded refunds after the manor house went into administration.

Around one hundred couples were left without their deposits and the emotional cost of losing their big days after 17th century manor house Lemore Manor cancelled the weddings without warning.

The picturesque venue, based in Eardisley, Herefordshire, went into into voluntary liquidation last month.

But the brides and grooms-to-be who planned to have their special day at Lemore claim they have not been reimbursed a penny by the company.

This has left some losing tens of thousands of pounds of life-savings. 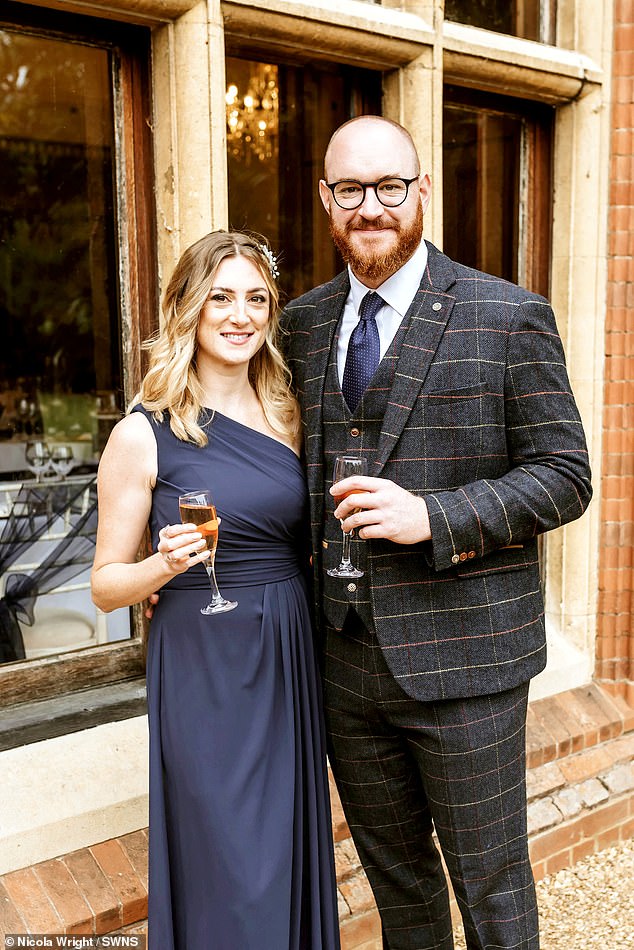 Nicola Wright, 34, and her partner David, 34, pictured, of Stratford-upon-Avon, Warwickshire, were planning on having their wedding at picturesque venue Lemore Manor, but were faced with the news of their liquidation just five weeks before their special day

Police officers have even been called to the venue after reports of staff receiving threats, harassment and abuse following the outcry from angry couples.

West Mercia Police confirmed that they are investigating threats made at Lemore Manor.

A spokesperson said: ‘At 3.40pm on Thursday, October 28, officers received a report of a woman receiving threatening communications at a business premises in Eardisley, Hereford.

‘Officers attended and enquiries are ongoing.’

A Facebook group called ‘Lemore Manor – Covid Affected Couples’ has attracted more than 100 members all trying to get a refund.

One couple planning to get married at the countryside venue were Nicola Wright, 34, and her partner David, 34, of Stratford-upon-Avon, Warwickshire.

They claim they have lost £14,000 despite the venue promising on their website: ‘We are pleased to offer free cancellation and a full refund.’

Their wedding was planned for April last year but it was postponed until October 18 because of the Covid-19 pandemic.

She was just five weeks away from her wedding date when she learned it was not going ahead.

Nicola, a technology manager, said: ‘Staff have been rude, dismissive, ignorant and immoral throughout our experience with them.

‘They have not paid a penny back and continue to ignore our insurers, anyone’s solicitors and other couple’s court requests.

‘The venue have failed to respond to all my mail and calls.

‘Their poor services was causing stress and anxiety as we were only five weeks away from the second arranged wedding day.

‘They ignored our request of options but said if we had to postpone again, they can offer a date.

‘They even wanted us to pay £600 to postpone but failed to provide further options and guidance – we got half answers and were then ignored. 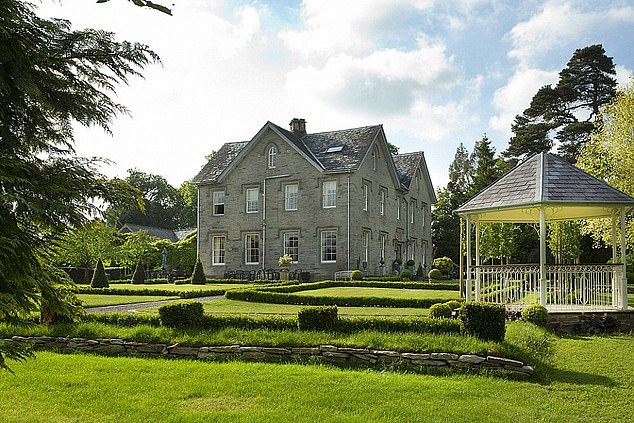 ‘They refused to take calls and ignored our mails and questions.

‘They also refused to respond regarding any form of refund despite being unable to host our event.

‘Our insurance reimbursed £10,000 as they deemed it unfair to the consumer and against financial conduct.’

Nicola began posting about her ordeal on social media and other couples began to contact her to share similar horror stories about their weddings being cancelled with no refund.

Nicola added: ‘Lemore continued to take money from other couples despite knowing they were unable to handle their events.

‘We noticed that Lemore set up a new company registration last year, so predicted they would liquidate and just transfer the assets therefore continuing as normal.

‘Not paying back the hundreds of thousands of pounds they owe and not delivering the weddings they had promised is essentially stealing.

‘It’s heart breaking to learn of the recent couples handing over their life savings with Lemore knowing they were to liquidate the company owning those contracts.’ 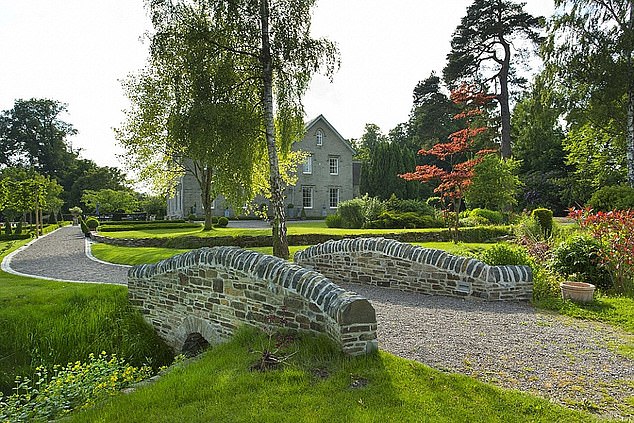 A Facebook group called ‘Lemore Manor – Covid Affected Couples’ has attracted more than 100 members all trying to get a refund from the venue, which is said to have refused to respond to both the couples and insurers 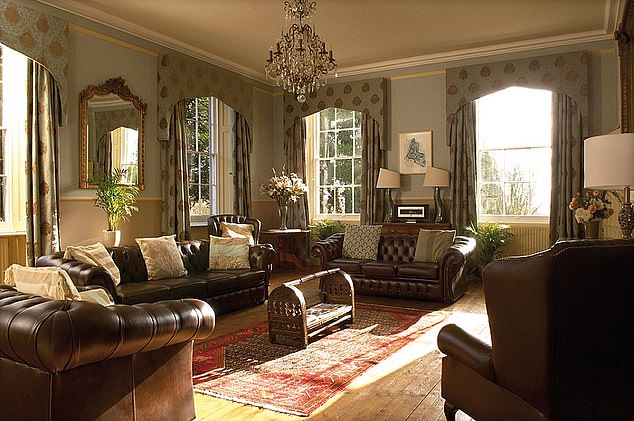 Police were called to the venue at 3.40pm on Thursday, October 28, after they received a report of a woman receiving ‘threatening communications’

Cathryn Lawrie, from South Wales, and her fiancé changed the date of their wedding from May 30, 2021, to later in 2022 because of the coronavirus pandemic.

Cathryn, said: ‘We paid about £11,000 for venue fees, catering and room deposits.

‘We have lost a wedding which we have waited three years for and lost a considerable amount of money.

‘Gutted and angry is an understatement.’

But a spokesperson said: ‘Staff have been threatened by aggrieved customers.

‘We take the welfare of our staff extremely seriously and threats to them will not be tolerated.

‘Following several incidents of harassment and abuse, we have made a report to the police.

‘We continue to assist them with their enquiries.’