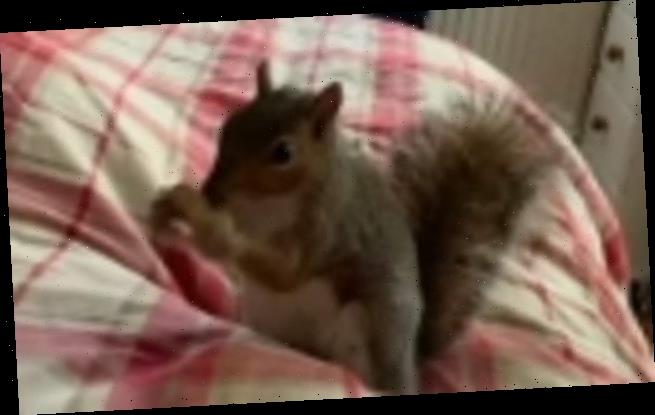 That’s nuts! Moment friendly squirrel feeds from shielding pensioner’s hand as he welcomes four of the furry creatures into this bedroom during lockdown

This is the heartwarming moment a man shielding from Covid-19 feeds a group of squirrels by hand from his bed.

The 68-year-old pensioner from Warrington said he has been feeding the squirrels for several years.

Initially, he would leave nuts out for them out in the garden, but then the began approaching his window and now they are happy to enter his bedroom. 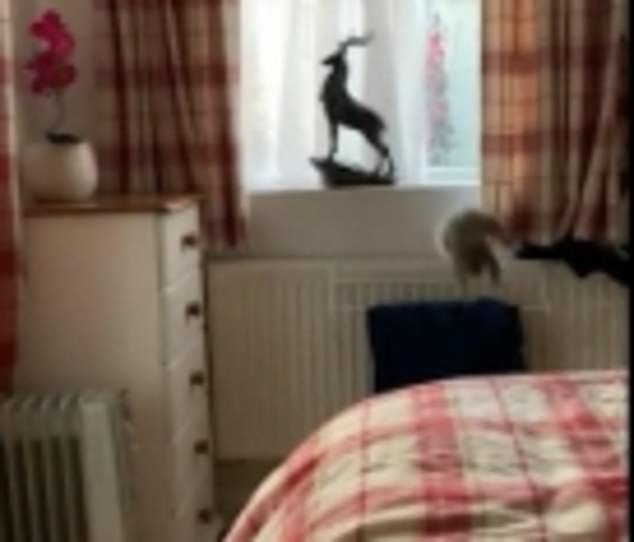 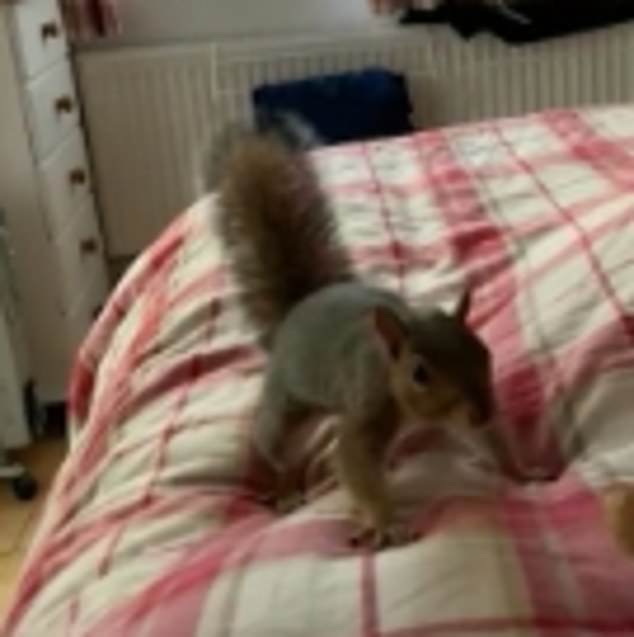 The former professional footballer, who does not want his last name used, said the squirrels were not happy with his original offering of monkey nuts 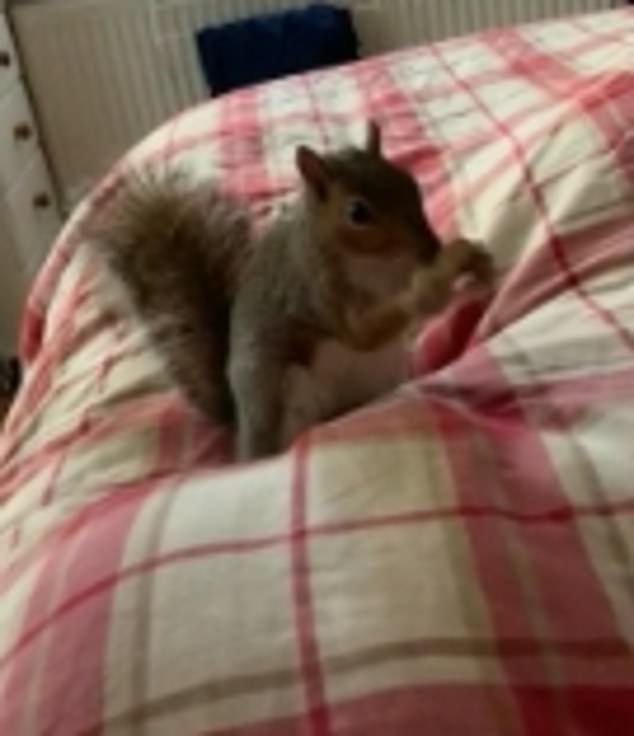 Michael said the squirrels are now part of his family and normally arrive at his bedroom window at 8am during the winter, though they are normally earlier during the summer months

The former professional footballer from Warrington, who gave only his first name as Michael, said: ‘The squirrels, they are now part of the family.

‘There’s four altogether. I have been feeding two for a good few years. The other two it’s only been the last year to 18 months. They come towards the bedroom door but won’t come inside. It’s can be an expensive venture but it’s worth every penny.

‘I started getting hazelnuts and walnuts because they are ignoring my monkey nuts, they’ve won me over.’

Michael said it has taken him several months to convince the squirrels to enter his home.

He said: ‘I can give them a call, ”come on” and at least two of them come.

‘One of them jumps on the bedroom door every morning and it rattles, it doesn’t bother to knock on the window anymore.

‘They come in about every morning at 8 o’clock in the winter so at least I can have a lie in, in the summer they come earlier.

‘I used to hand feed them out the window, and I started leaving nuts on the window sill to see if they would come in, and they did, so then I left nuts on the bed and they came into the bedroom.’

Michael said it’s like a picture out of a Disney movie when he sees the squirrels around his home and walking on his decking in the garden.

He added: ‘It’s a great sort of hobby to have in the time of Covid.