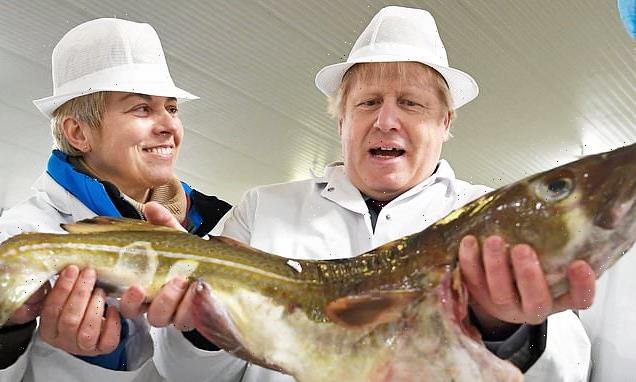 Tory ‘fish have feelings’ furore: Warnings that new animal sentience bill will spark rows over halal meat and open floodgates to campaigners who want to ban hunting and shooting

Boris Johnson has been warned that a new law recognising ‘animal sentience’ could be hijacked by campaigners to try to outlaw field sports – as well as embroiling Ministers in a sensitive row about religious slaughter techniques.

It is likely to raise thorny issues about which animals are covered: it says that any new legislation will have to take into account the fact that ‘vertebrate animals’ can experience feelings and emotions such as pain or joy. 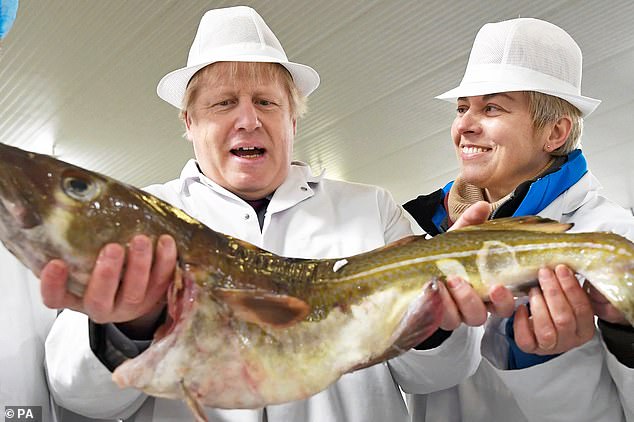 Fish, which are classified as ‘aquatic vertebrates’, are covered by the new laws -–with potential implications for the fishing industry, although a Government source was keen to stress last night that the Bill ‘only applies to policy-making itself’, with Ministers merely having to show that ‘all considerations about welfare have been taken into account when making decisions’.

No 10 has taken advice from Commons and Lords clerks and Government lawyers over the possibility of amendments being laid down by campaigners on issues such as hunting and shooting, although sources said they were ‘hopeful’ that they would be seen as being encompassed by the law.

To avoid a row with religious groups, the Bill will not cover religious slaughter in which the animals are still conscious when their throats are cut: halal abattoirs are exempt from the requirement to stun livestock first.

Last night, a spokesperson for Environment Secretary George Eustice said that officials were ‘looking at a wide range of welfare and slaughter improvements that could be made’.

But a source said that while the Government ‘would prefer all animals to be stunned before slaughter, we respect the rights of Jewish and Muslim people to eat meat prepared in accordance with their beliefs’.

The source added: ‘The Government has been clear that whilst we want to improve animal welfare we also wish to protect religious freedoms. Earlier this year we concluded a review of the welfare of animals at time of killing legislation and this identifies potential improvements that might be made to slaughter, including religious slaughter.

‘We are carefully considering the issues raised in the review.’

The Mail on Sunday contacted several senior politicians, all of whom were reluctant to be named in relation to the issue of religious slaughter. 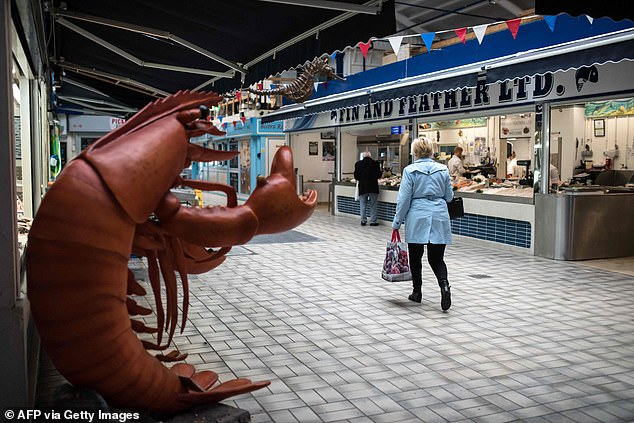 Fish, which are classified as ‘aquatic vertebrates’, are covered by the new laws -–with potential implications for the fishing industry

Campaigners have called for clearer labelling of meats produced in factories with halal processes so that consumers can be made aware of its provenance.

‘I’m completely for religious freedom, but people should know how the animals are slaughtered,’ said one MP who supports tighter labelling rules. Controversy over the Bill comes as farmers and MPs fear the sentience laws will be ‘hijacked’ to include more extreme animal rights amendments – including an outright shooting and hunting ban.

Senior sources say the new laws have brought ‘anxiety for farmers’ about being abused by groups with more radical agendas.

Pressure for the law arose prior to Brexit as animal welfare campaigners raised concerns that the EU Withdrawal Act 2018 did not include provision to transfer the principle contained in Article 13 of the Lisbon Treaty recognising animals as sentient beings into UK legislation.

It was then included in the Tory manifesto for the 2019 General Election.

The Prime Minister’s fiancée Carrie Symonds, a noted animal rights campaigner, has supported the plans. In 2017, she tweeted: ‘The Conservatives WILL make sure animal sentience is recognised in UK law.

‘But we want to go even FURTHER and become a world leader in the protection of animals.’ Minister for Pacific and the Environment Lord Goldsmith said last week: ‘Formally recognising in law that animals are sentient and experience feelings in the same way as humans do is just the first step of our flagship action plan for Animal Welfare which will transform the lives of animals in this country and strengthen our position as a global leader.’

As part of this action plan, a new police division will specialise in combating pet theft, there will be an obligation for cats to have a microchip identifying their owner and new laws will minimise international animal trafficking.

Training collars which subject animals to electric shocks will be prohibited, as will the possession of primates as pets.

The Government has also pledged to end the export of live animals for fattening and slaughter and introduce new measures to improve livestock welfare during their transportation. Former Environment Secretary Theresa Villiers aid: ‘We have some of the toughest laws in the world to protect animal welfare.

‘That means this new law to expressly recognise animal sentience may not mean big practical changes to the rules we already have on compassionate treatment of animals.

‘But it will have symbolic importance. I have had many constituents contact me to express support for the principle of making this part of our law.’

On the issue of halal or kosher meat, she added: ‘Any changes to food labelling need to be carefully thought through to avoid unintended consequences or stigmatising minority communities.

‘We should not make any changes that would undermine religious freedom by making halal or kosher food impossible to produce at affordable prices. Religiously compliant methods of slaughter are rigorously regulated and the rules already in place are working effectively to protect animal welfare, whilst enabling people to observe the requirements of their faith.’

A Government source said: ‘We have ‘no plans to ban grouse shooting and consider that shooting brings many benefits to the rural economy and can be beneficial for wildlife and habitat conservation.’