A MEMORIAL dedicated to US veterans is one of multiple structures that have been defaced or destroyed as part of a Thanksgiving Day backlash a day after protesters clashed with federal officers in Oregon. 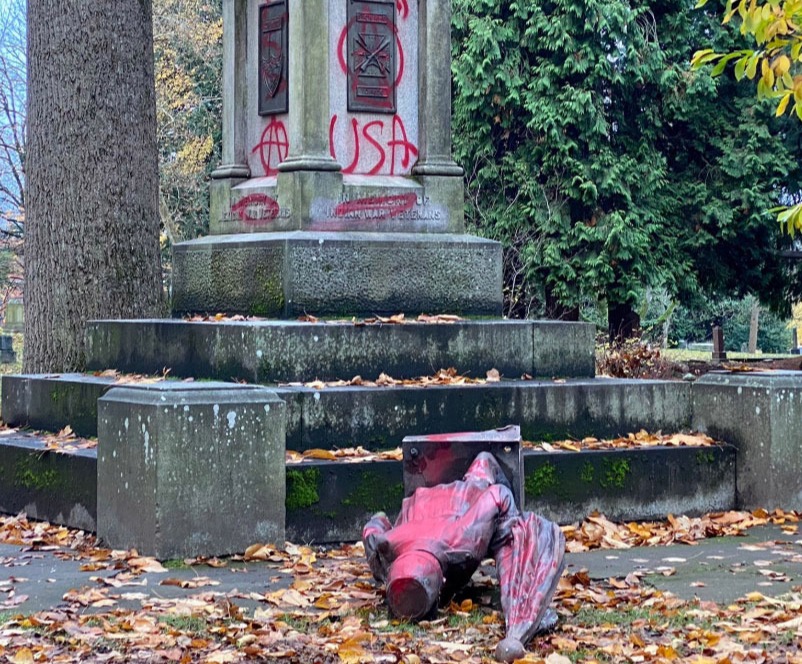 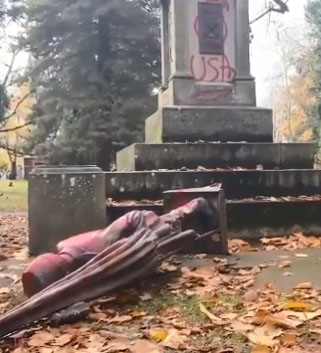 Conservative journalist Andy Ngo claimed the statue had been vandalized overnight and blamed Antifa for the graffitied monument.

The memorial was unveiled in 1903 to honor the soldiers of the Civil, Spanish-American, Mexican, and Indian wars, according to the cemetery's website.

Photos showed the toppled statue on top of the memorial covered in red paint as it lay on the ground. 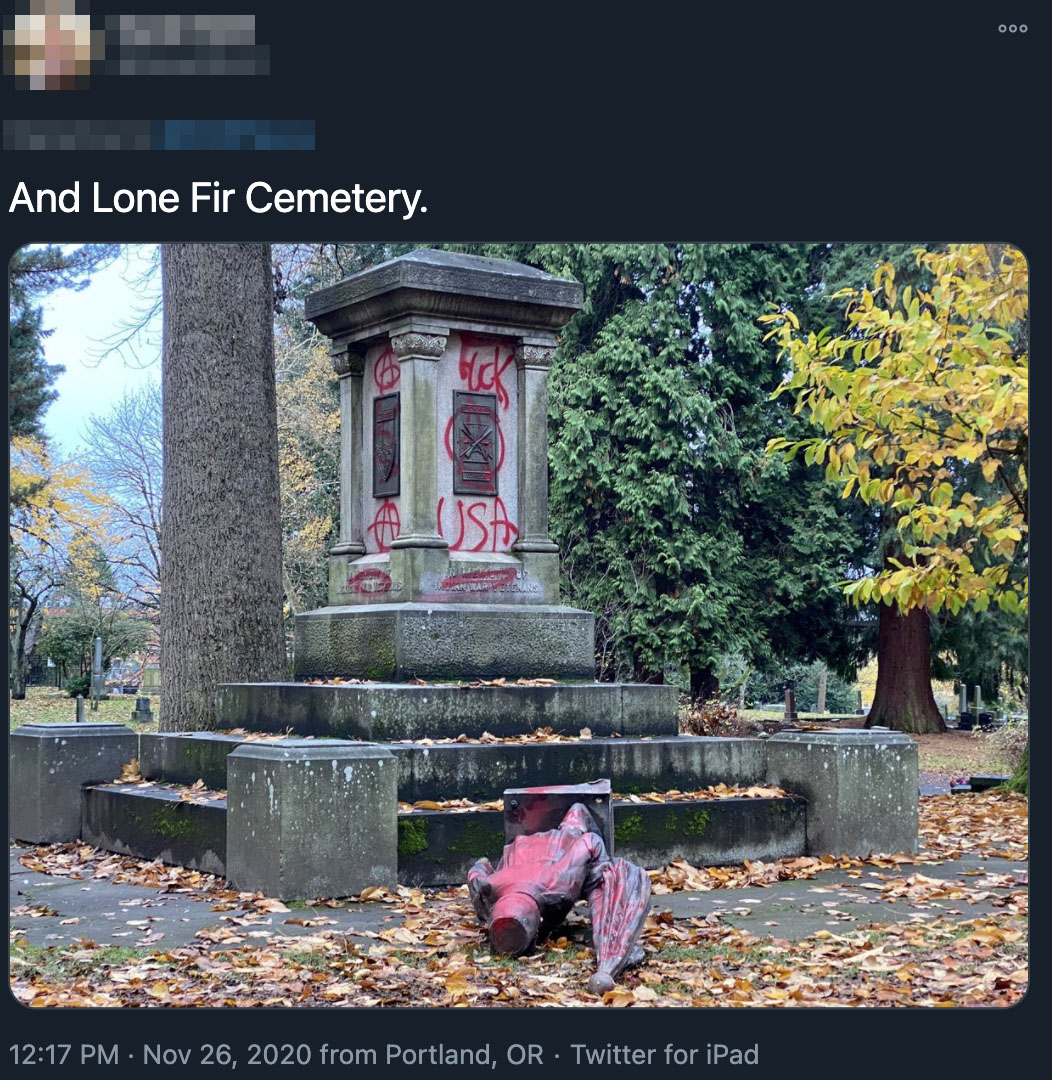 Earlier on Thursday, Ngo also shared footage of a Chase Bank on Hawthorne Boulevard that was also apparently vandalized overnight.

Nearly all of the bank's windows were riddled withgaping holes surrounded by cracked glass.

Several spray-painted phrases related to the genocide of Indigenous and Native Americans as well as anti-Thanksgiving sentiments were scrawled on the walls of the financial institution.

"F**k you colonizer," "Pequot massacre," "F**k Thanksgiving," and "F**k capitalism" were some of the choice phrases used by the mystery vandals.

At least 10 businesses including grocery stores, an auto service center, a mailing center and other local storefronts were damaged on Wednesday night after a group tagged them all with graffiti, KGW8 reported.

Officers raced to the scene after 1am after receiving calls about a group of people dressed in black were walking down Southeast Hawthorne Boulevard and breaking windows.

Cops found a group that matched callers' description and said that members of the group were carrying "evidence" that connected them to the vandalism incidents.

One of the group members was toting a semi-automatic pistol, police said.

The vandalism took place hours after protesters and police clashed outside the Immigration and Customs Enforcement (ICE) building in south Portland on Tuesday night, though it's unclear what sparked the clash.

Locals feared more violence on Thursday after members of the Antifa movement issued a call to action for Americans to disavow Thanksgiving tradition in support of Indigenous people.

Members of the anti-fascist protest movement who say they're "tired of seeing white people celebrate the genocide of our ancestors" are looking to take matters into their own hands by demonstrating on Thanksgiving eve.

"F**k thanksgiving," the post reads. "Organize your own direct action."