WAITROSE has been slammed for selling a bag of brown leaves for £6 a pop. 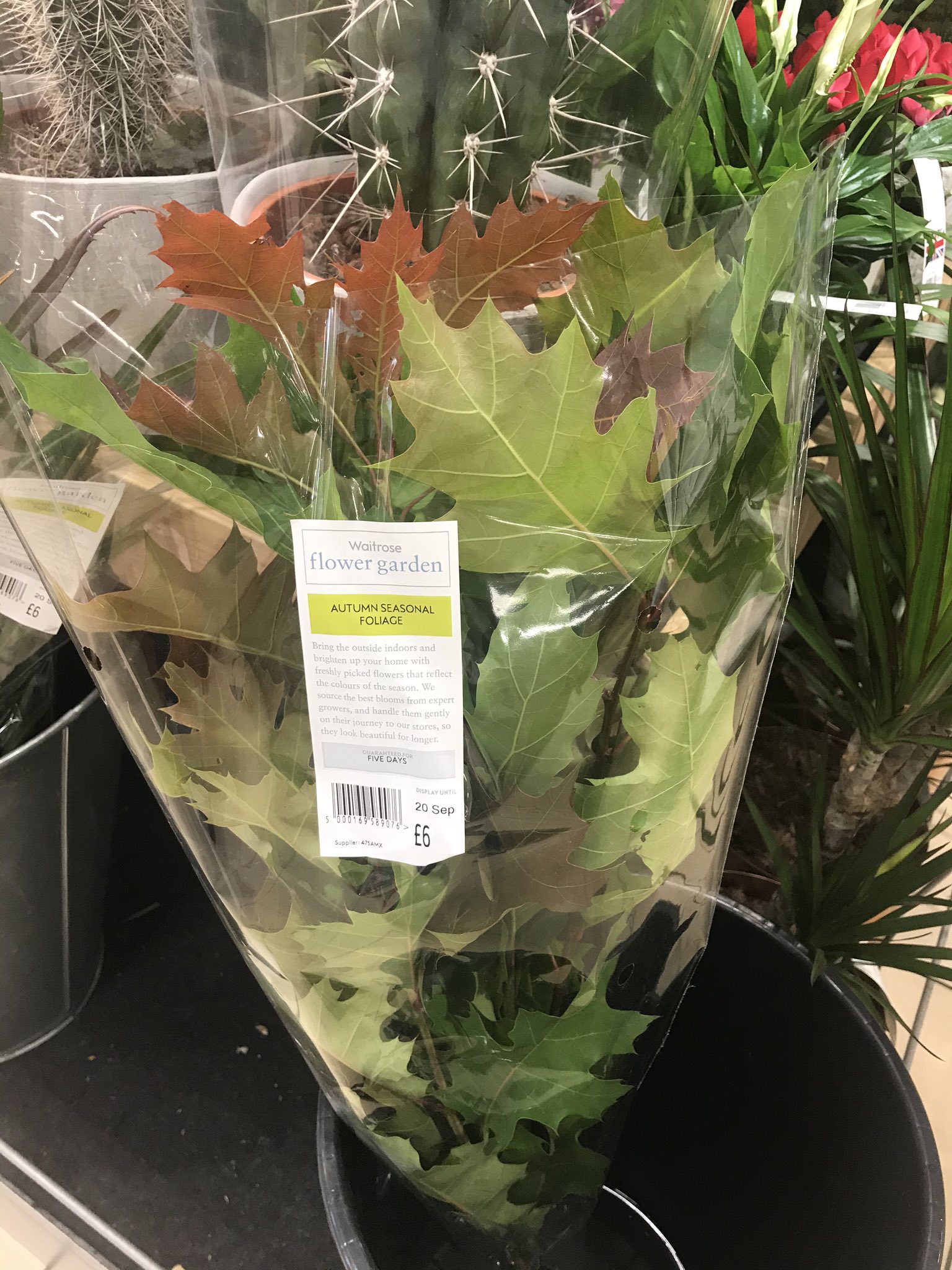 The leaves are placed next to flower bouquets in the store and come with a hefty price tag.

One shopper blasted “you are having an autumnal laugh” and joked that the leaves are free outside on the street but "inside, £6 for the pleasure".

The bouquet's description reads: "Bring the outdoors indoors and brighten up your home with freshly picked flowers that reflect the colours of the season."

But the bunch of leaves are only good for five days, according to Waitrose.

Commenting on the expensive bouquet, Twitter user Clare said: "A bag of actual leaves? I’ll sell you a bin bag of leaves for 10p."

Mark Fitz, a lawyer from Stockport, Greater Manchester, said: "I’m happy to go outside and sweep some up."

Six pounds is enough to buy a decent bottle of wine at the same store or enough milk and bread to last weeks.

Waitrose has previously been called out for its "sexist" labelling of a sandwich – and was forced to change its name.

The supermarket was slammed for the Gentleman's Smoked Chicken Caesar Roll with one customer calling it "everyday sexism".

They were also forced to stop selling coffee tins depicting slaves working on plantations after a flood of complaints. 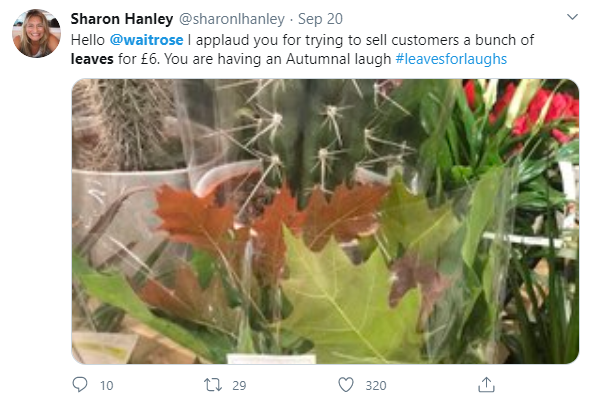 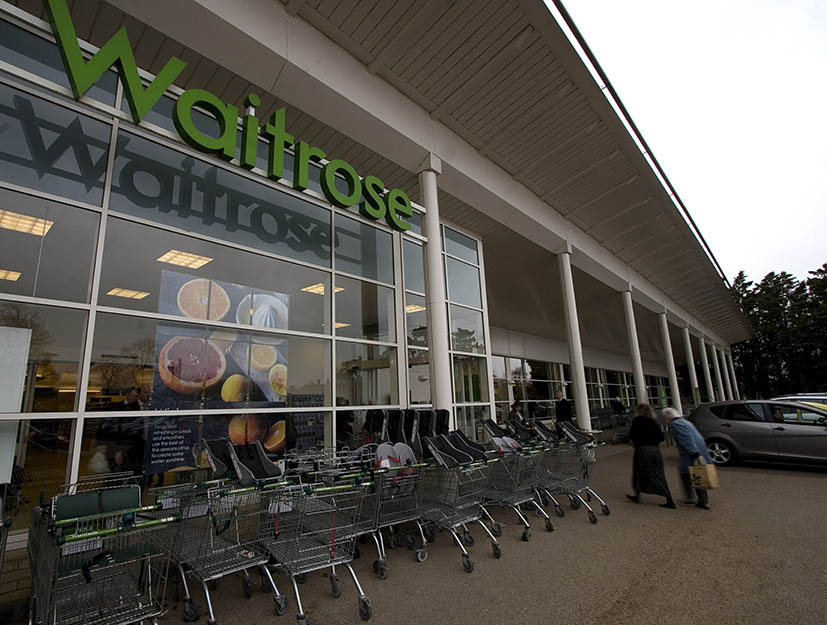