VP debate: Pence slams Harris for 'undermining' Covid vaccine efforts as she says she WON'T take it 'if Trump tells us'

Harris has said in the past that she wouldn't take a Covid vaccine if only the president said so, and she doubled down on her refusal on Wednesday night during the vice-presidential debate. 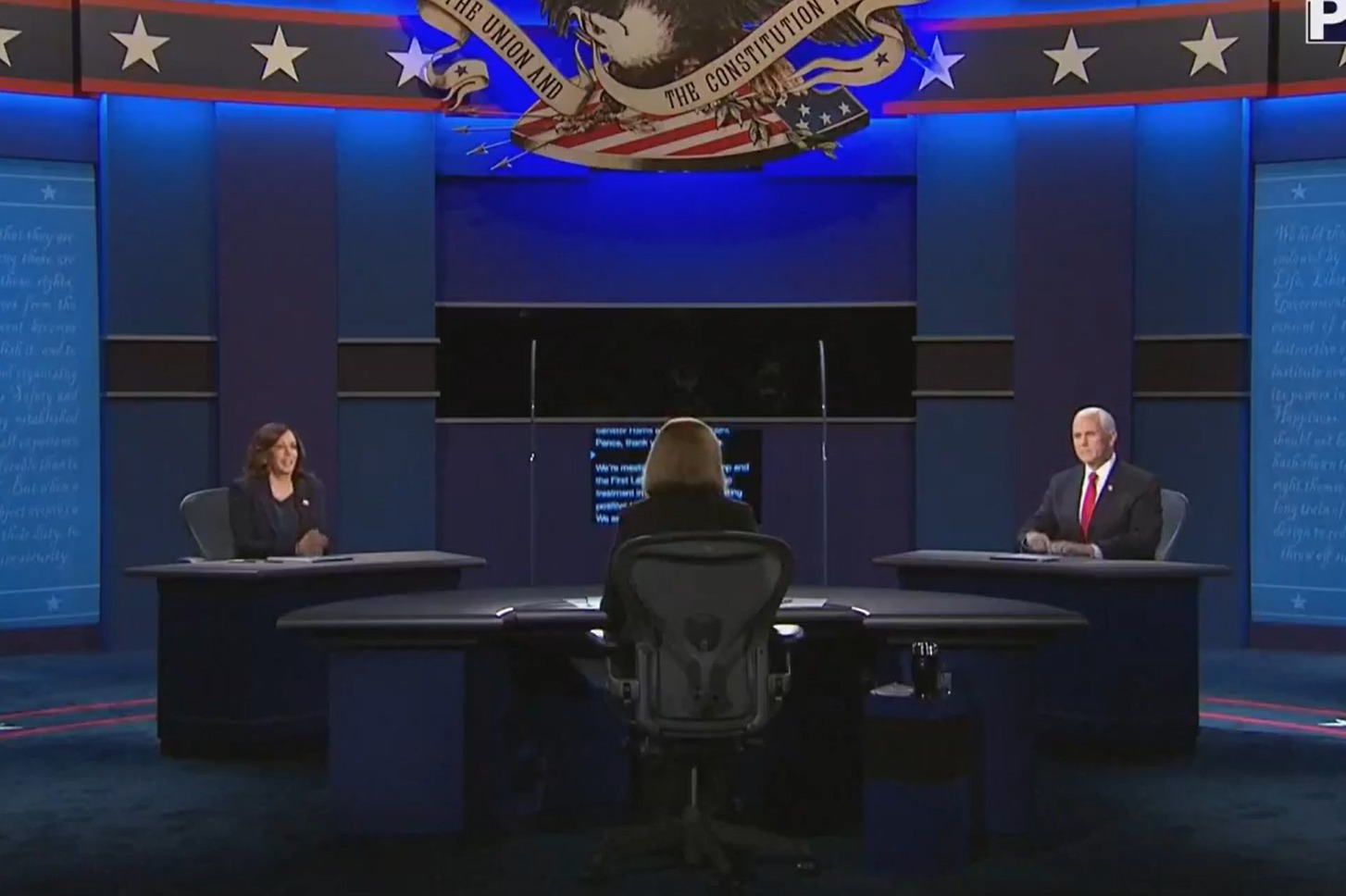 Harris and Pence’s head-to-head comes after Donald Trump and his Democratic rival Joe Biden squared off last week in the first -and ill-tempered – presidential debate.

While there is not the same intense scrutiny on vice-presidential debates, both candidates performances will be picked over as they could potentially become president in event Trump of Biden die or become incapacitated in office.

Harris and Pence released updated Covid test results ahead of the debate in Salt Lake City, Utah, which both were negative for as of Tuesday.

Harris, a 55-year-old lawyer, was revealed as Biden's pick on August 11 after initially running against him in a bid to become Democratic candidate and is the first black woman to run for vice-president.

Her Republican opponent in the debate is the 61-year-old former governor of Indiana and evangelical Christian who has been Trump’s right hand man since 2017.

Moderator and USA Today journalist Susan Page grilled the vice presidential candidates on whether or not they'd take a Covid-19 vaccine, to which Harris said she'd only do so if it's endorsed by medical experts.

“If the public health professionals, if Dr. Fauci, if the doctors tell us that we should take it, I’ll be the first in line to take it – absolutely,” Harris said.

“But if Donald Trump tells us that we should take it, I’m not taking it.”

Pence slammed her response, and accused the California senator of "undermining the public confidence in a vaccine.” 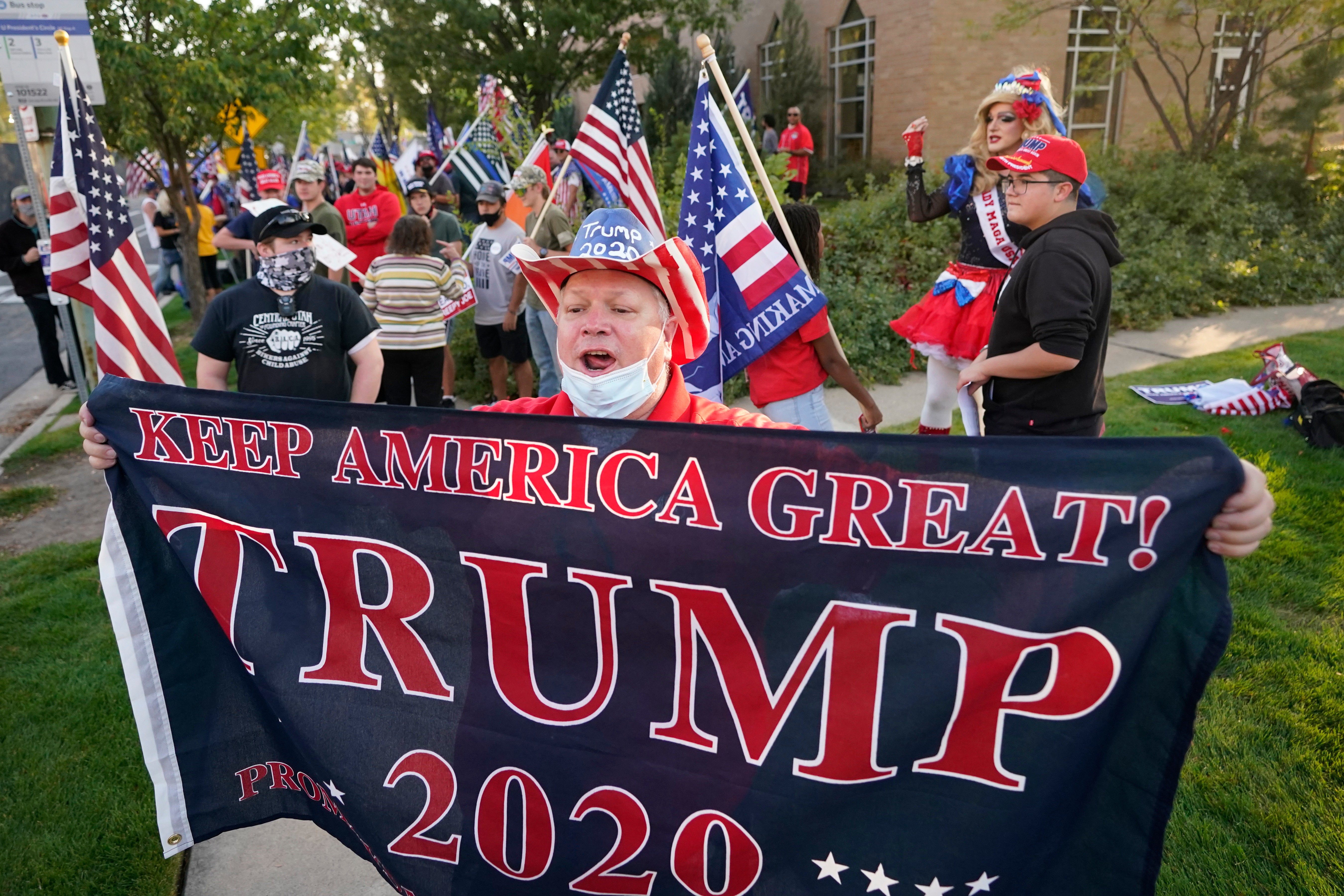 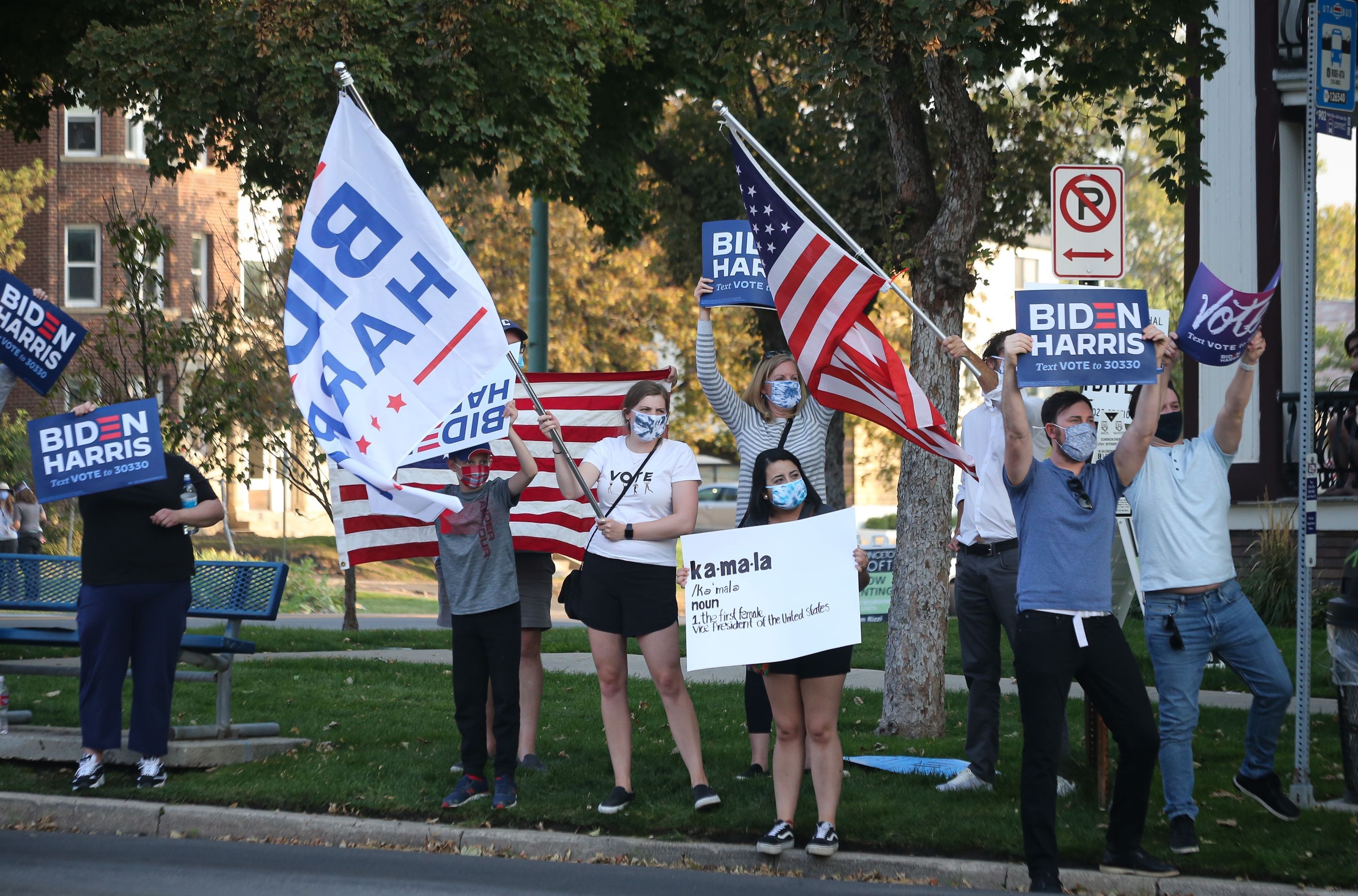 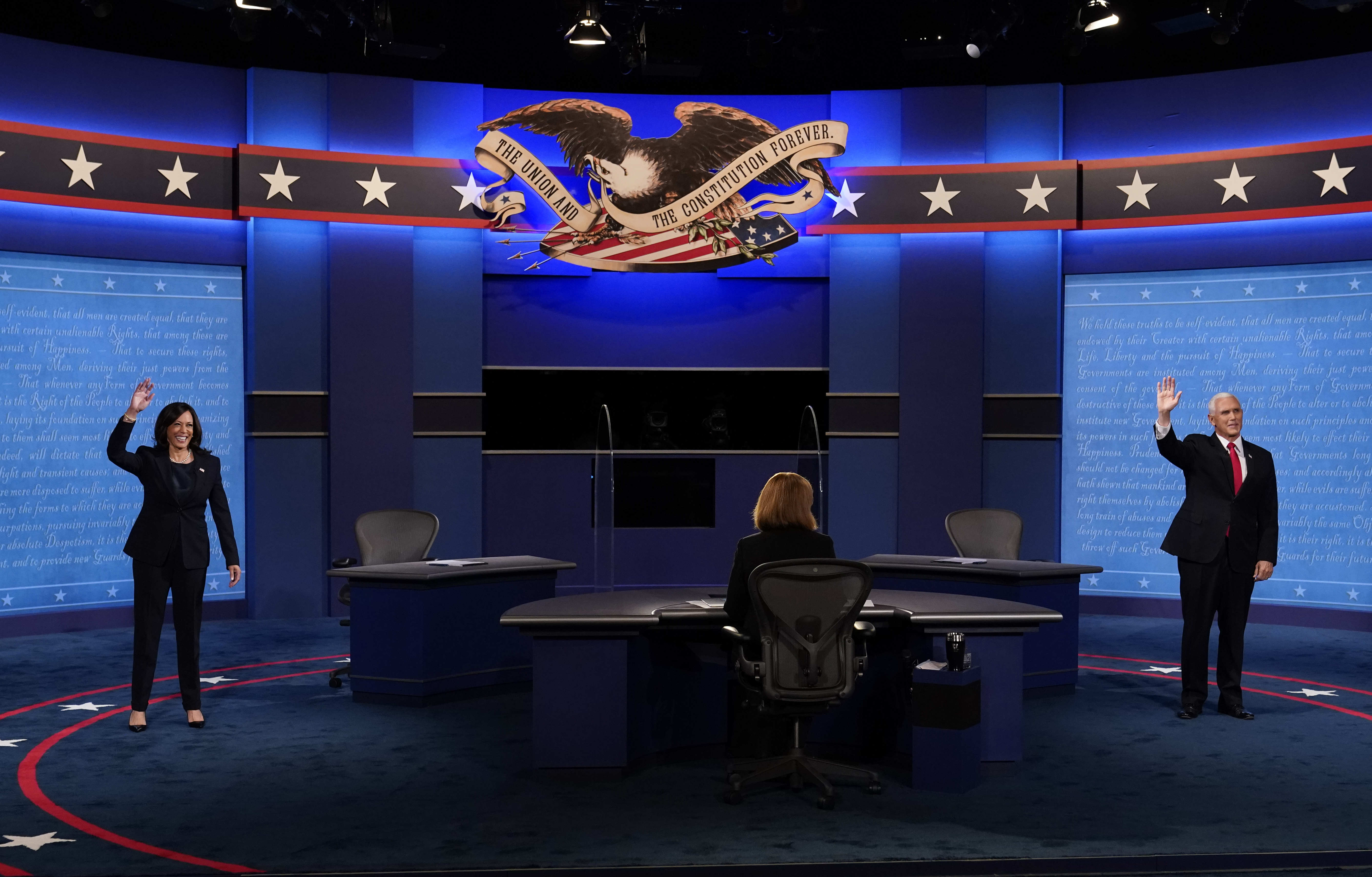 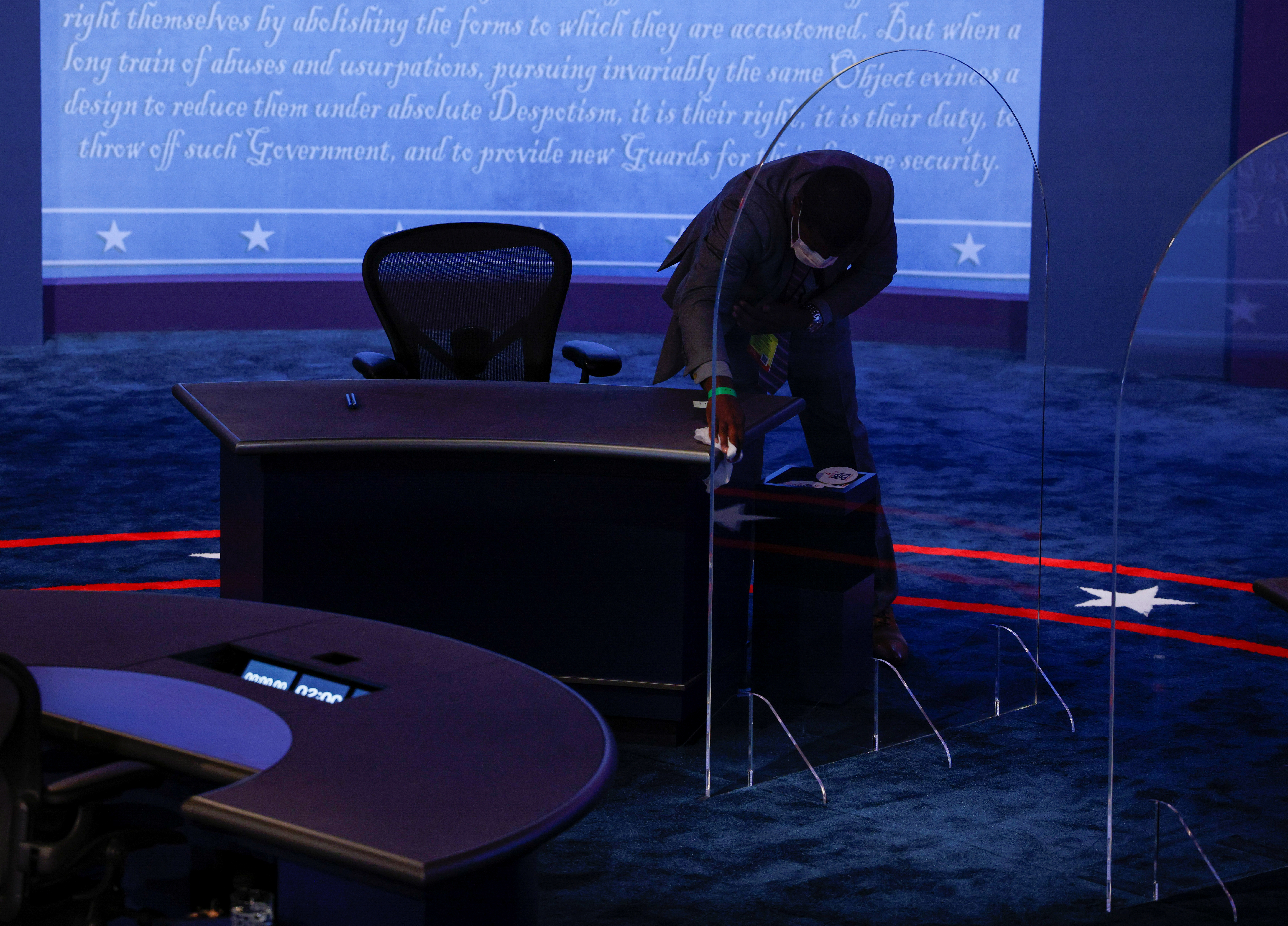 "Stop playing politics with people's lives, the reality is that we will have a vaccine by the end of this year," he said.

"Your continuous undermining of the promise of a vaccine is unacceptable."

Harris ripped into the White House minutes into the debate and blamed the US outbreak on the "ineptitude" of the Trump administration.

“The American people have had to sacrifice far too much because of the incompetence of this administration,” Harris said. “That is asking too much of the people.”

Pence shot back, claiming that a vaccine would be produced in "record time" and slammed Harris for her "unconscionable" lack of faith in the production of a vaccine by year's end. 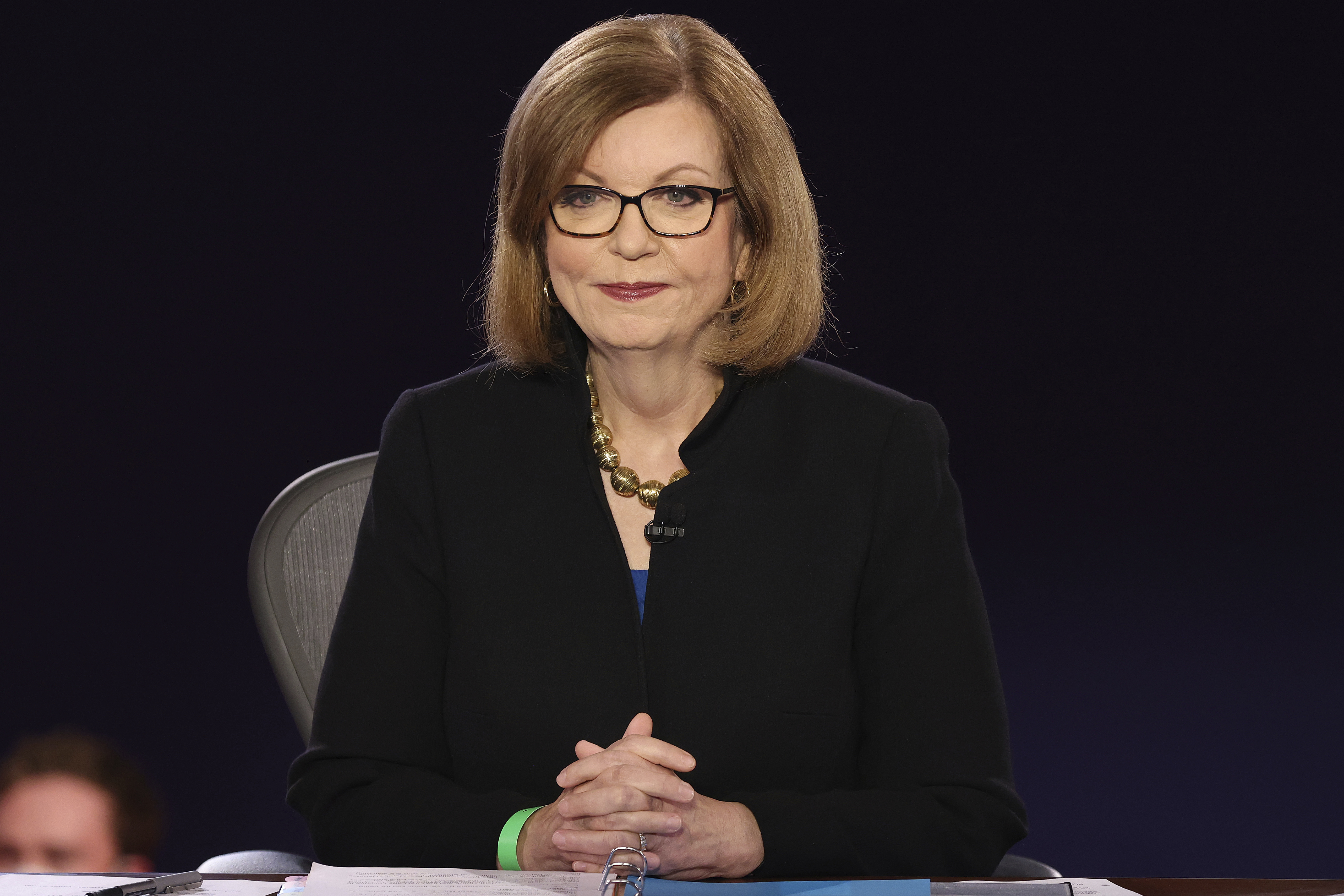 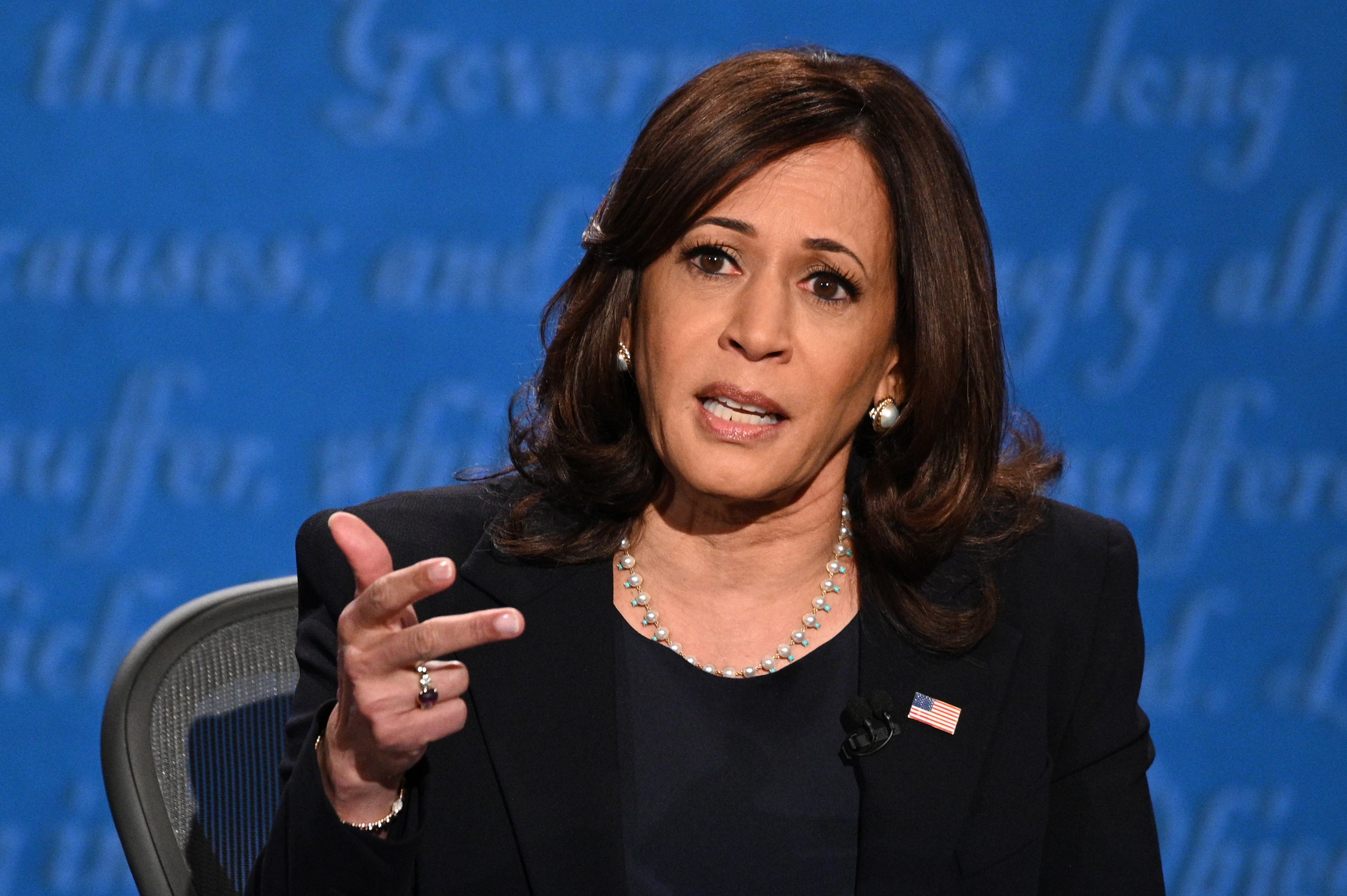 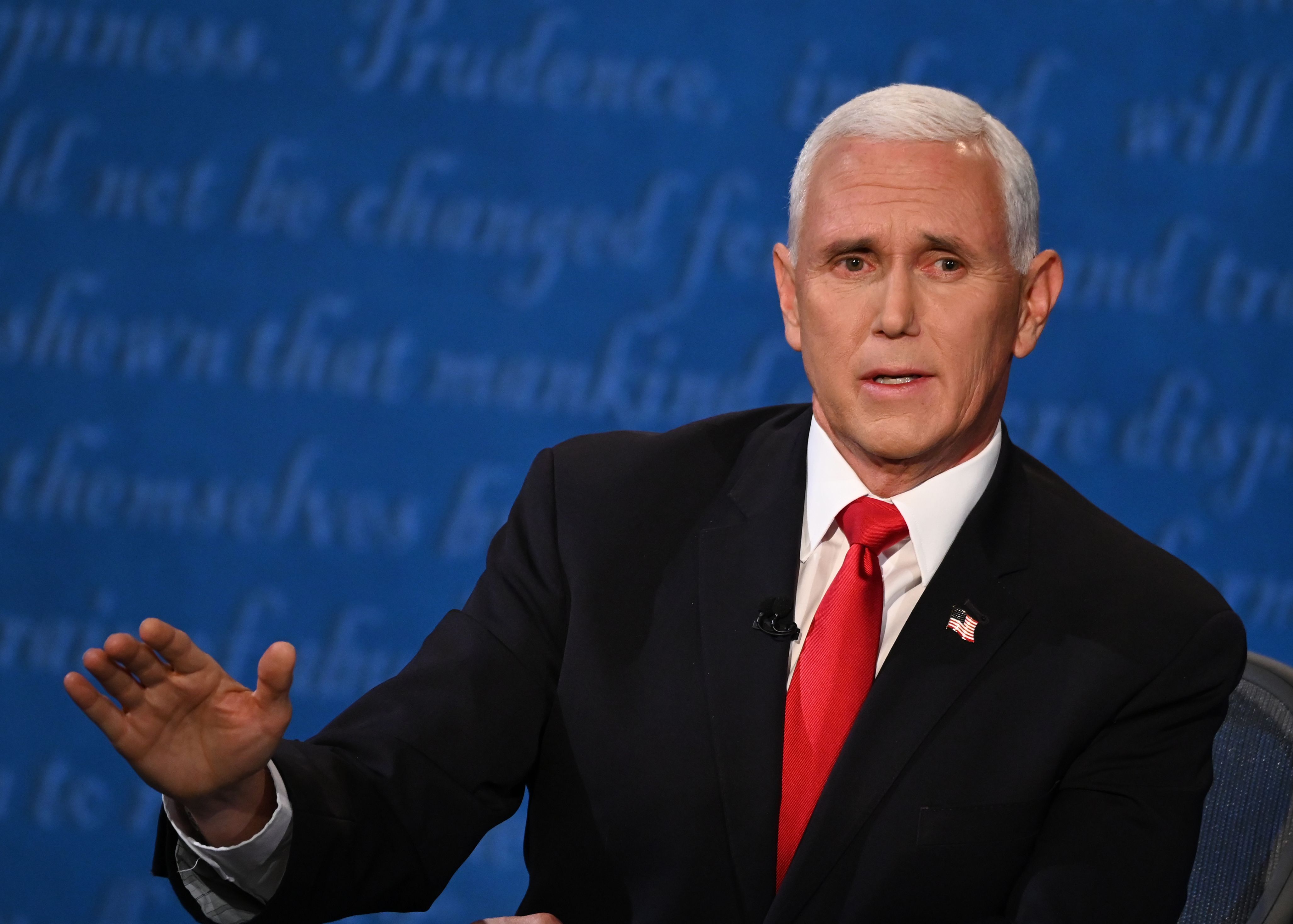 Pence skirted Page's question about what would happen if Trump can't adequately perform his duties, a valid concern after Trump tested positive for the virus last week.

Instead, he attacked Joe Biden and former President Barack Obama for their handling of the H1N1 pandemic in 2009.

Pence also attacked Harris and the Biden campaign as overly liberal and accused Democrats of taking environmental stances – like the Green New Deal – that he claimed would "kill jobs."

In a bizarre debate moment, a fly stole the show after it landed on Pence's head as he squared off with Harris. 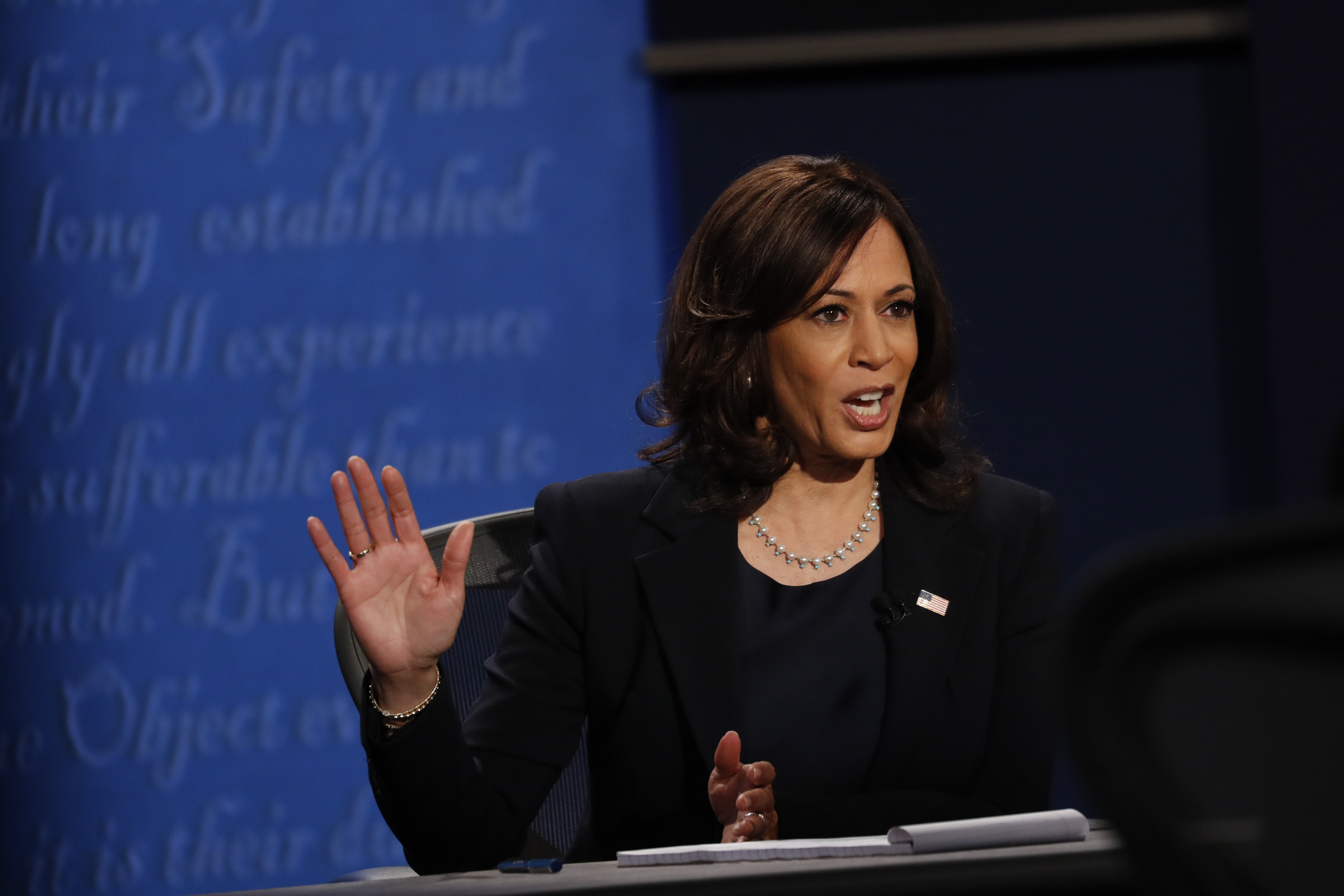 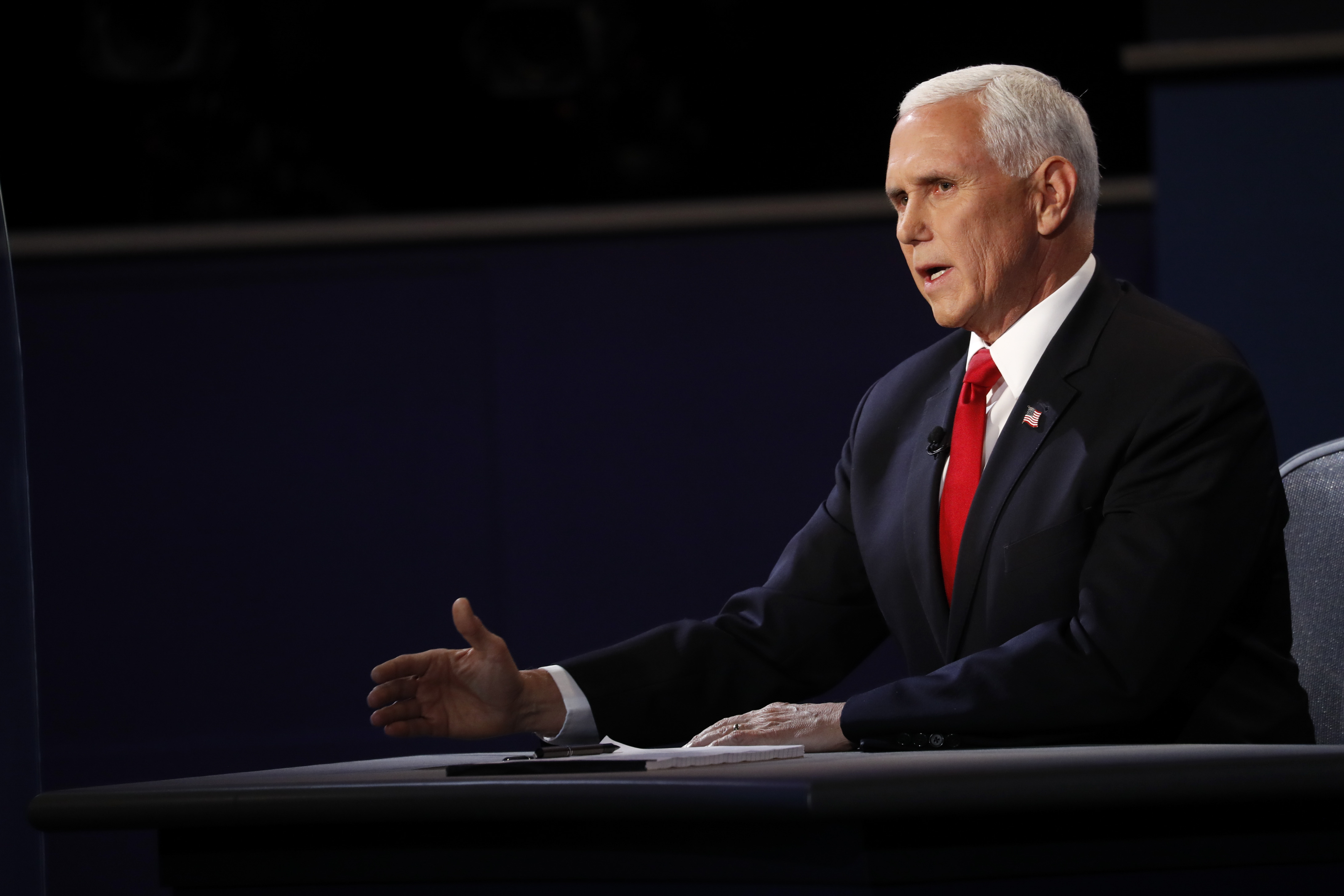 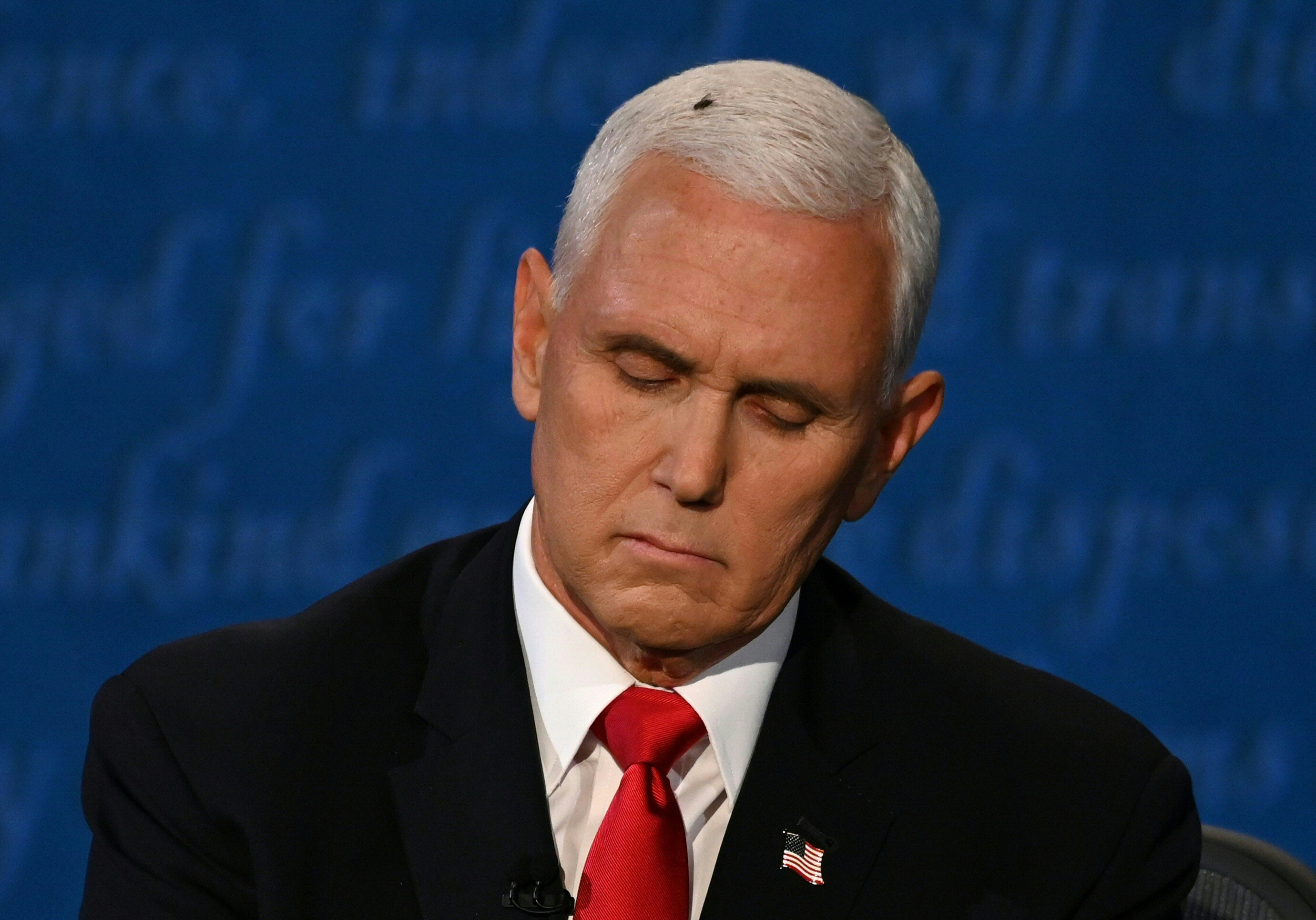 During the debate, Trump shared a clip showing Harris vowing to "absolutely" ban fracking- as she insisted on the national stage that Biden wouldn't.

Another hot button topic was Trump's taxes, which Harris attacked the president for after the New York Times reported that he paid only $750 in federal taxes in 2017.

“We now know Donald Trump owes and is in debt for $400 million,” Harris said.

“It’d be really good to know who the commander in chief owes money to because the American people have a right to know what is influencing the president’s decisions.”

The president has branded the Times report as "totally fake news". 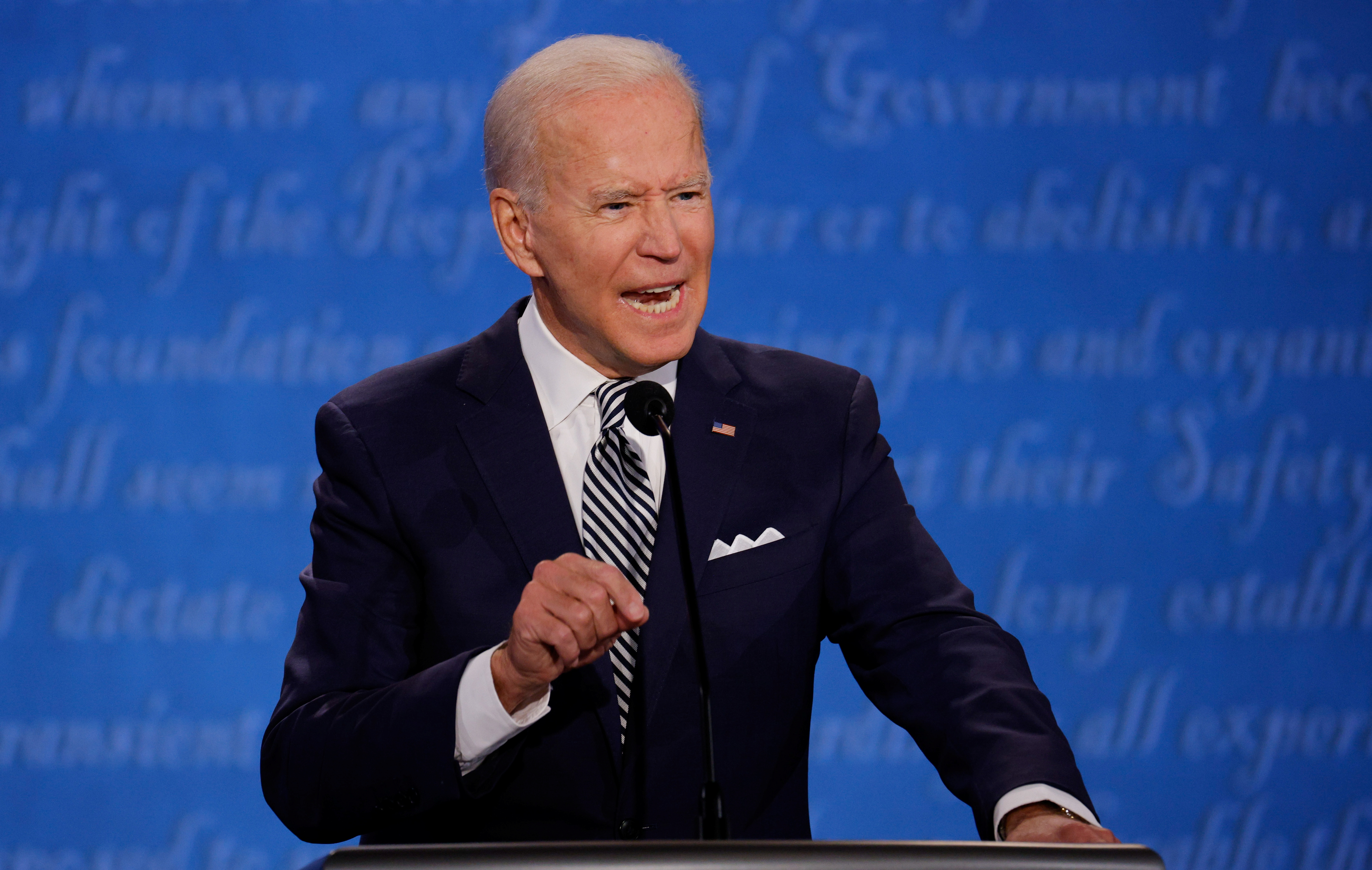 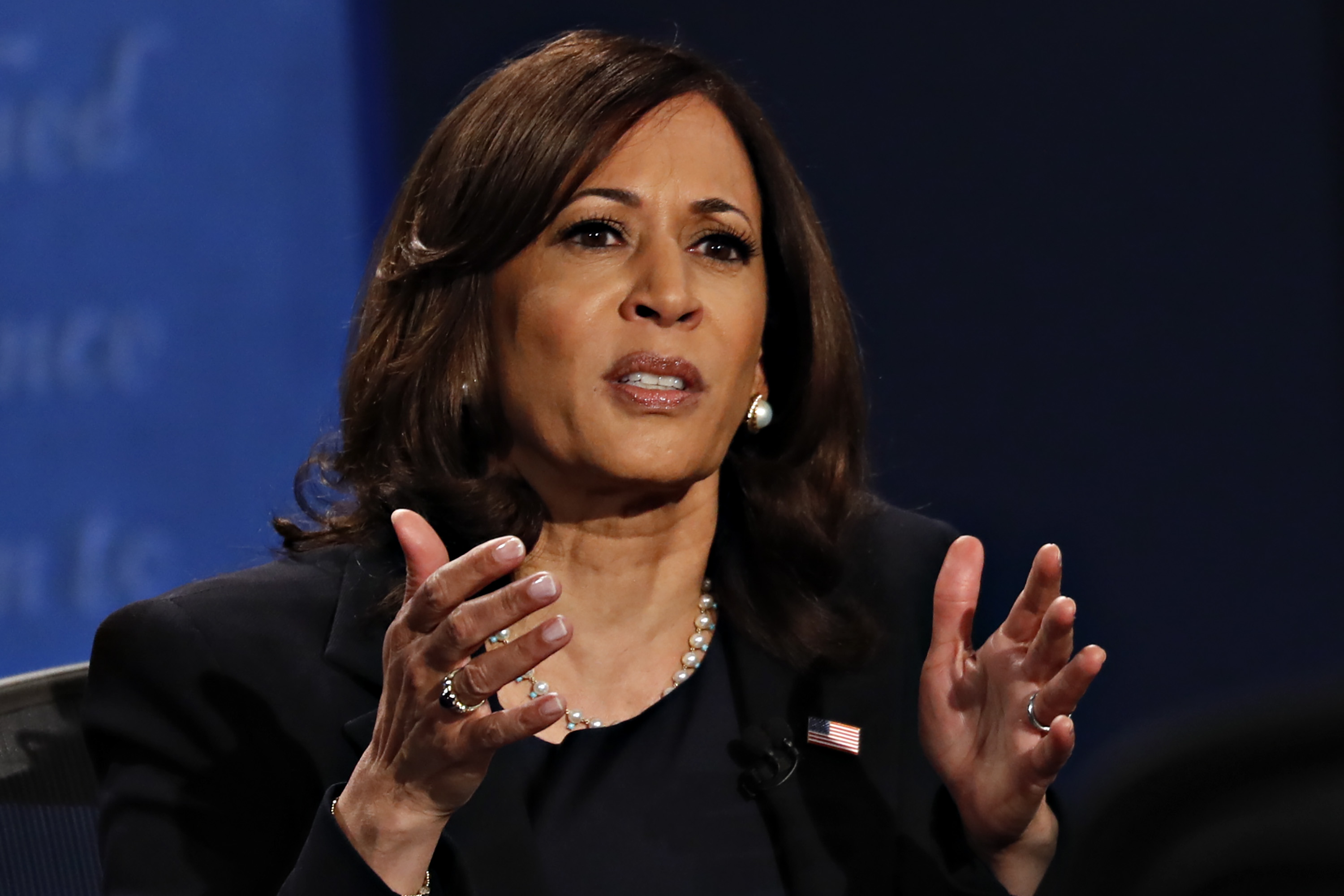 After asserting that he and Trump would win thepresidential election, Pence accused Biden of planing to pack the courts if the Democrats “somehow win this election.”

“I tell you people across this country, if you cherish your Supreme Court, if you cherish the separation of powers, you need to reject the Biden-Harris ticket come November,” he said.

Pence promised to keep the court a nine-member panel if Trump is reelected.

Biden has not said he would increase the number of justices to outweigh what would become a solid conservative-majority court with the confirmation of Amy Coney Barrett.

When addressing criminal justice reform, Harris said she doesn’t believe justice has been done in the case of Breonna Taylor, who was fatally shot in a police drug raid that went bad.

A Joe Biden administration would ban chokeholds and require a national registry for police officers who break the law, she said, adding that George Floyd would be alive if such a ban existed.

Pence was also asked if justice was done in the Taylor case and said Taylor’s family “has our sympathies, but I trust our justice system, a grand jury that reviews the evidence.” 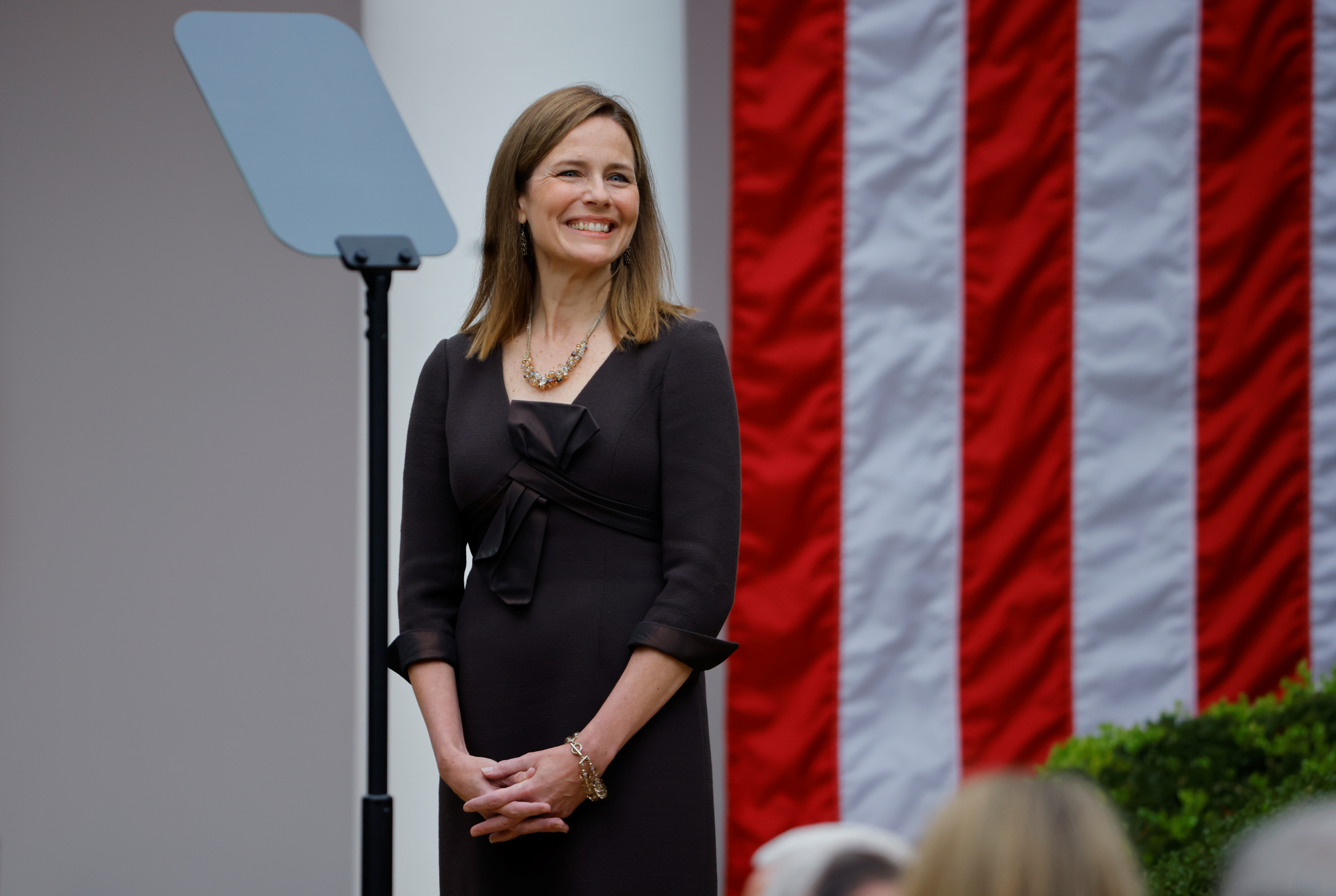 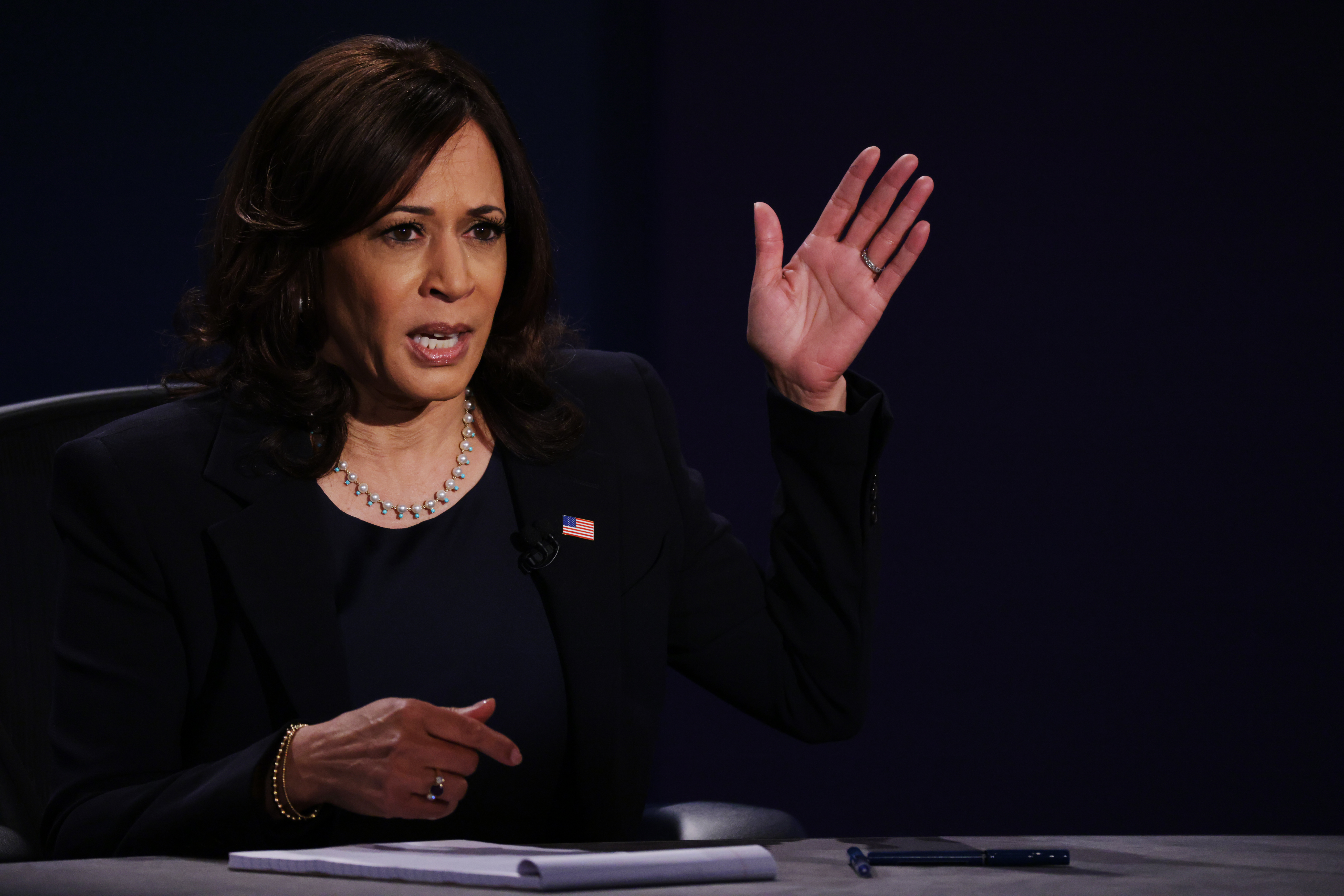 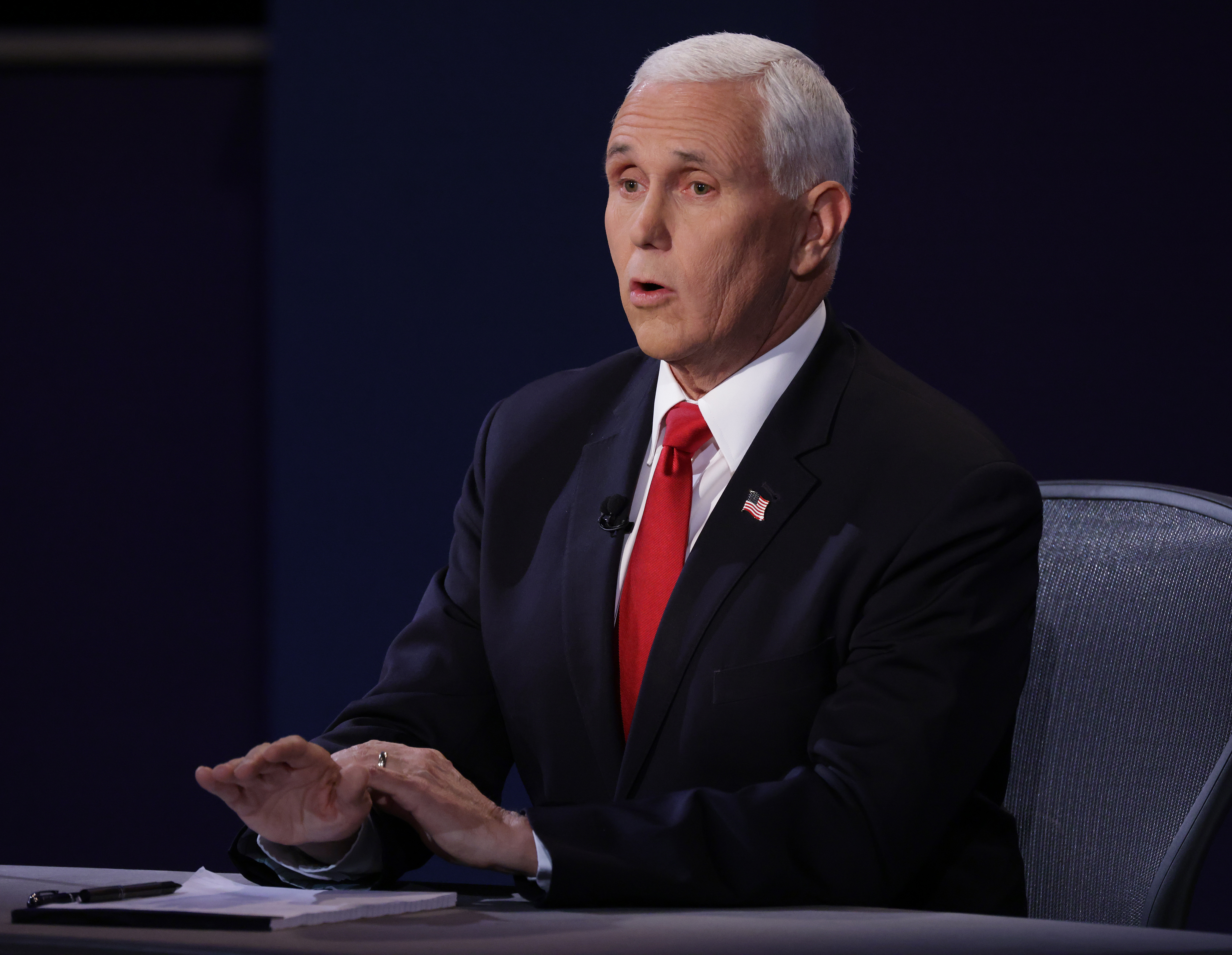 As Harris and Pence battled it out on stage, Trump offered words of praise for his second in command and slammed Harris as a "gaffe machine" on Twitter.

"Mike Pence is doing GREAT! She is a gaffe machine," Trump said.