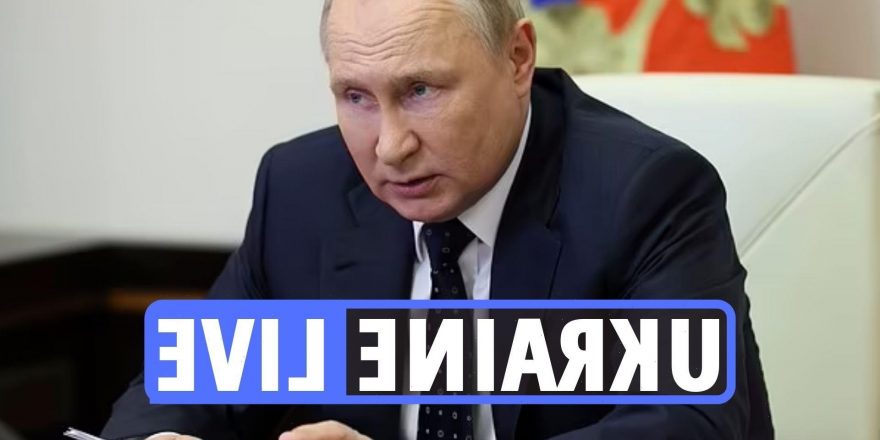 VLADIMIR Putin is 'entering most aggressive phase' and is trying to 'DESTROY everything' in the Donbas region creating an 'extremely difficult' situation for Ukrainian forces.

Mr Motuzyanyk said Russian forces had not given up attempts to cross the river.

Ukrainian Defence Ministry spokesman Oleksandr Motuzyanyk has said: "Now we are observing the most active phase of the full-scale aggression which Russia unfolded against our country.

"The situation on the [eastern] front is extremely difficult, because the fate of this country is perhaps being decided [there] right now."

Ukrainian president Volodymyr Zelensky has called the situation unfolding in the eastern Donbas region "extremely difficult", in his daily briefing.

He also argued that a regular supply of weapons to Ukraine was the best strategy to maintain global stability and to help defeat Putin's army.

Speaking during his nightly address, Zelensky said "the [full] strength of the Russian army was thrown [in Donbas] to attack.

"Lyman, Popasna, Severodonetsk, Slovyansk – the occupiers want to destroy everything there."

He added: "Therefore, the supply of heavy weapons to Ukraine – MLRS, tanks, anti-ship and other weapons – is the best investment in maintaining stability in the world and preventing many severe crises that Russia is still planning or has already provoked."

His comments come as Ukrainian defence officials warn Russia's war in eastern Ukraine is now in its most intense stages.