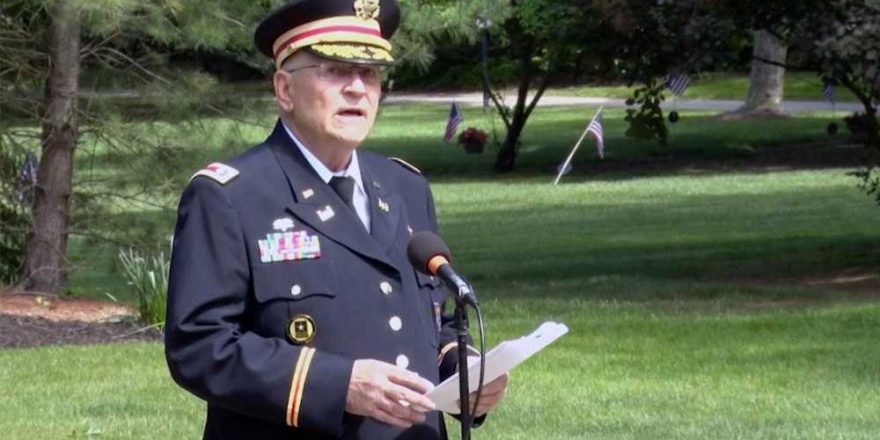 Cole Haan extends Memorial Day sale with an extra 20% off

A US Army veteran’s microphone was cut off during a Memorial Day event in Ohio as he discussed the role freed black slaves played in the holiday’s origins, video shows.

Footage of Monday’s event shows retired Army Lt. Col. Barnard Kemter tapping the microphone midway into his 11-minute speech during a ceremony at Markillie Cemetery in Hudson, Ohio, where one of the organizers admitted they intentionally dropped the audio, the Akron Beacon Journal reported.

Cindy Suchan, president of the Hudson American Legion Auxiliary, declined to say who specifically turned down the volume, but said organizers wanted the portion cut out since it was “not relevant to our program for the day,” adding that the theme was to honor Hudson veterans.

“I find it interesting that [the American Legion] … would take it upon themselves to censor my speech and deny me my First Amendment right to [freedom of speech],” Kemter told the newspaper. “This is not the same country I fought for.”

Kemter’s mic went silent as he recalled the role of black slaves in honoring fallen Union soldiers in Charleston, South Carolina, shortly after the end of the Civil War in 1865.

Citing a Yale historian, Kemter said the holiday was first celebrated by an “organized group of black freed slaves” on May 1, 1865, at the remains of a Confederate prisoner of war camp.

“The ceremony is believed to have included a parade of as many as 10,000 people, including 3,000 African American schoolchildren singing the Union marching song, ‘John Brown’s Body,’” Kemter said. “They were carrying armfuls of flowers and went to decorate at the graves.”

Seconds later, Kemter’s mic was cut off. A disclaimer on the video notes that the “lapse in sound” was not the fault of a production company.

The Ohio American Legion is probing the incident.

Suchan acknowledged that she reviewed Kemter’s speech days before its delivery and wanted some portions removed, the Akron Beacon Journal reported.

“We asked him to modify his speech, and he chose not to do that,” Suchan told the newspaper.

Kemter initially thought the incident was a “technical glitch,” he told the Washington Post.

“I was very disappointed that someone would choose to censor my speech,” Kemter said. “Throughout history, there has been a lot of claims about who actually performed the first Memorial Day service. With this speech, I chose to educate people as to the origin of Memorial Day and why we were celebrating it.”