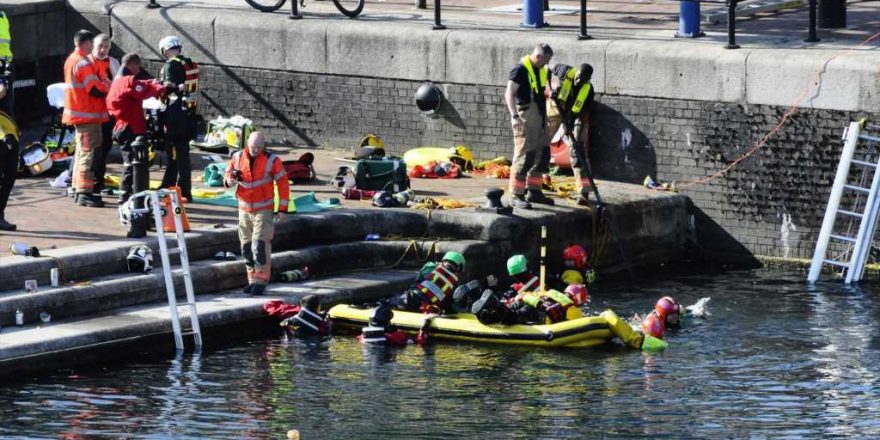 Urgent search launched as teen, 19, disappears in Salford Quays on hottest day of the year

AN underwater search is taking place amid reports a teenager has disappeared in Salford Quays.

Pictures from the scene show emergency crewshave been called to the area – which is packed with locals enjoying the sun. 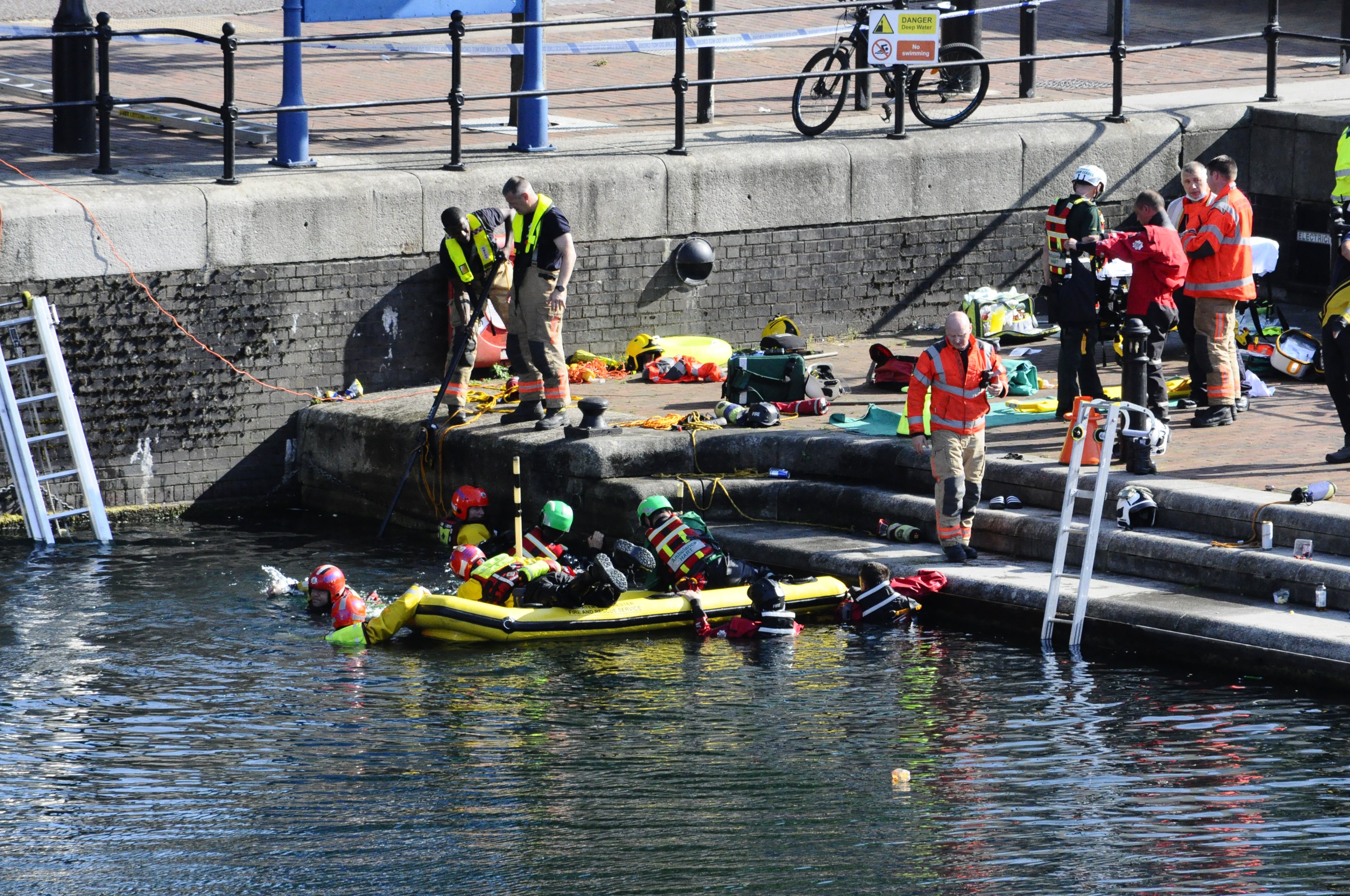 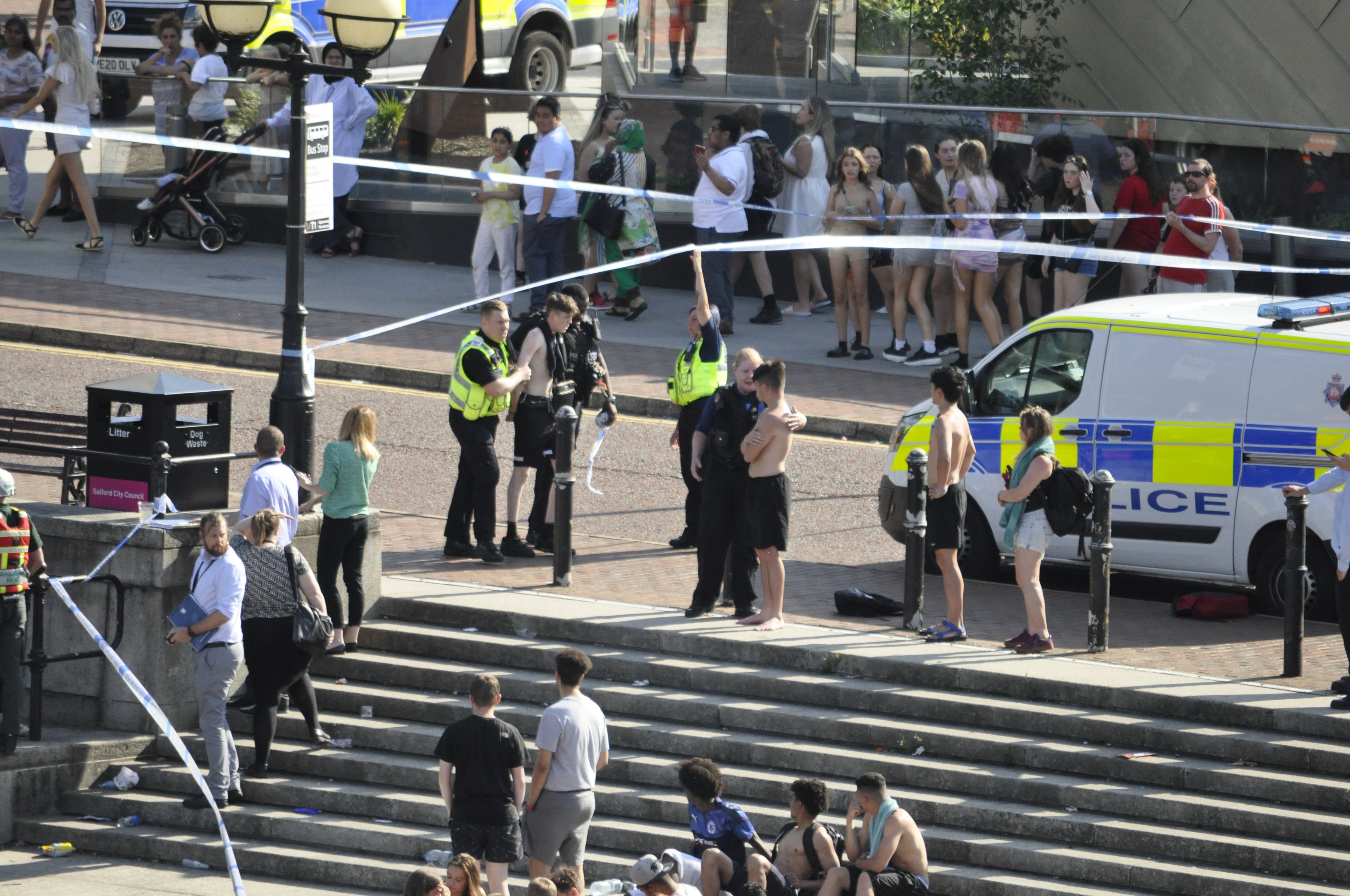 Specialists are now searching for a 19 year old in the water, officers at the scene have confirmed.

Firefighters were seen climbing into diving equipment before heading into the waters.

Greater Manchester Police said: "At about 4.40pm on Sunday 18 July, officers were called over concerns for a man in the water at Salford Quays.

"North West Ambulance Service and Greater Manchester Fire and Rescue Service are also in attendance and the scene is ongoing."

A spokesperson for Greater Manchester Fire and Rescue Service added: "At 4.35pm we received the first of several 999 calls in relation to a person needing to be rescued from water in Salford Quays.

"We have been searching the water for more than 30 minutes using fire service boats, divers and under water cameras – but we have not yet found the person.

"We continue to search the water supported by colleagues from Greater Manchester Police and North West Ambulance Service."

The emergency came on the hottest day of the year and The Quays were full of swimmers diving into the water, reports the MEN.

Police have now cordoned off the area and there is a large crowd watching the drama unfold.

The Canal and Rivers Trust "strongly advises" against going into water, as it says "there are too many risks that you can't see hidden below the surface". 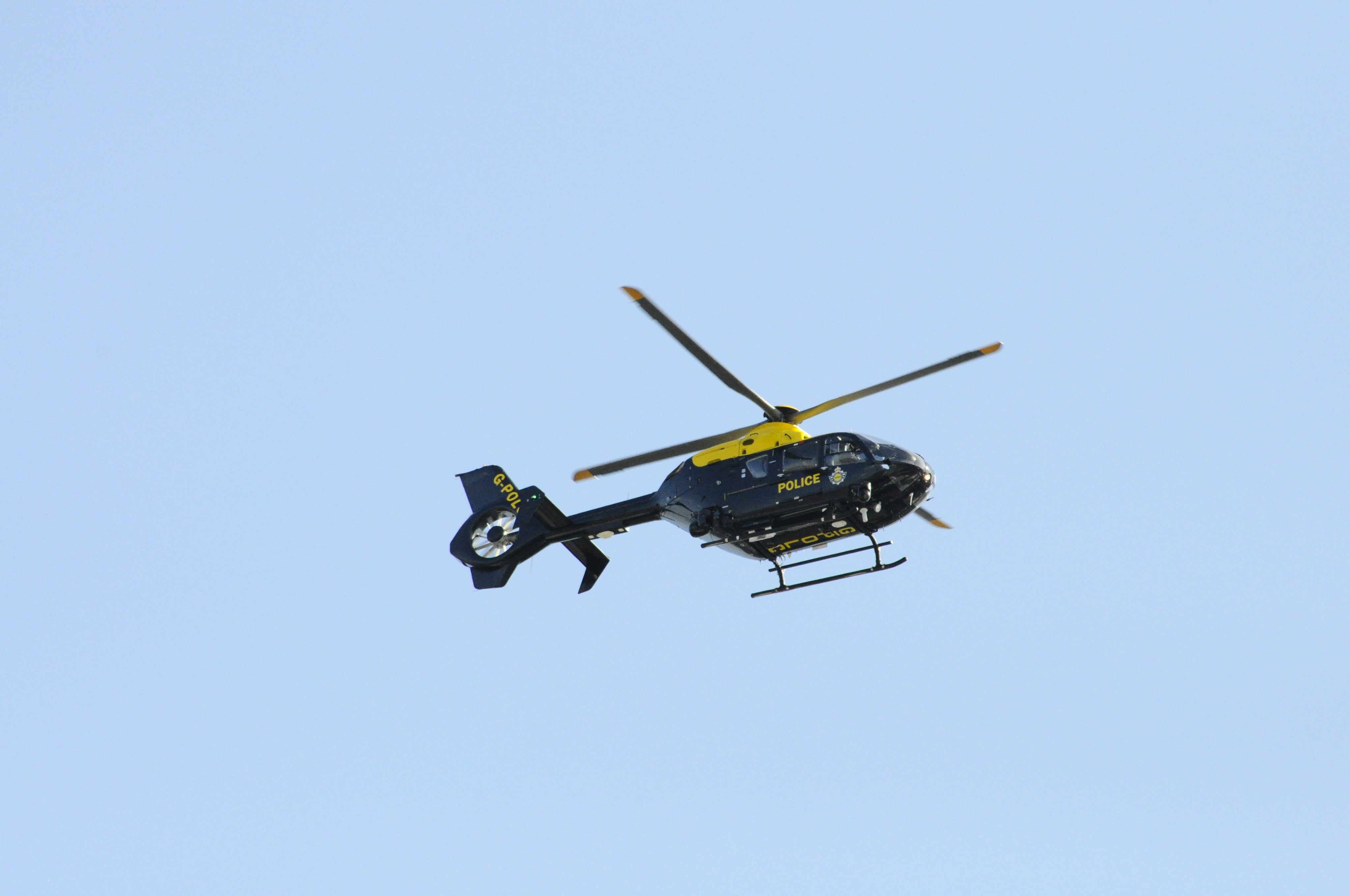 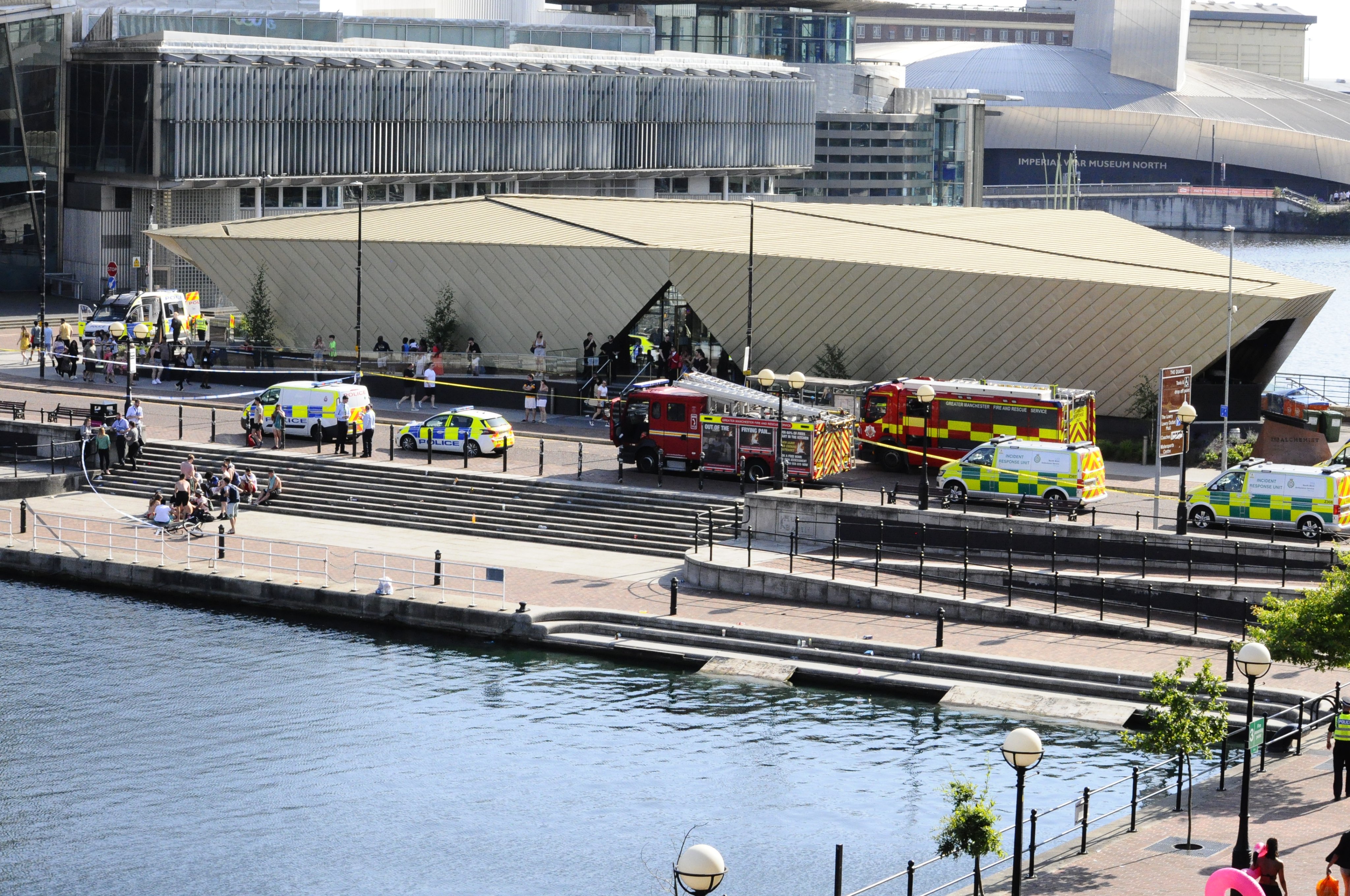 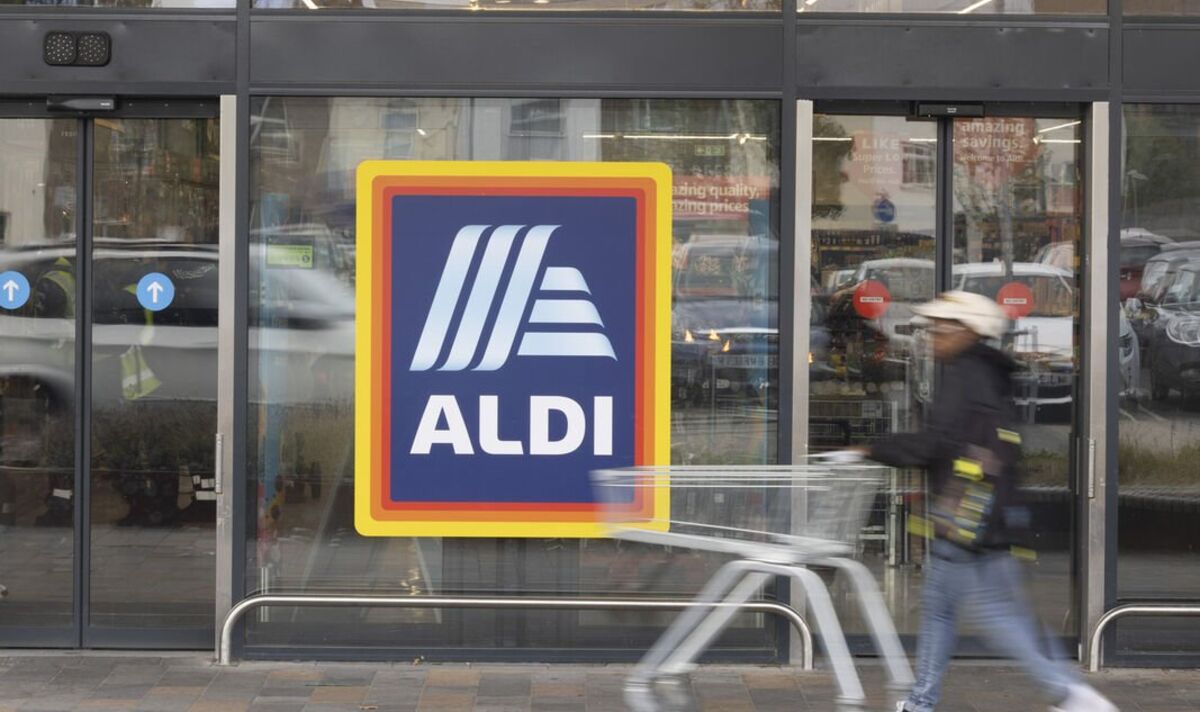